With a little more than two weeks into his administration, President Donald Trump has signed eight executive orders, plus several other presidential memoranda.

The roll-out of some executive orders, particularly the President’s orders on immigration and border security, has some lawmakers, including Senate Homeland Security and Governmental Affairs Committee Ranking Member Claire McCaskill (D-Mo.), questioning whether Trump went through the typical planning and implementation process.

“We did know the EO was coming,” Secretary of Homeland Security John...

With a little more than two weeks into his administration, President Donald Trump has signed eight executive orders, plus several other presidential memoranda.

The roll-out of some executive orders, particularly the President’s orders on immigration and border security, has some lawmakers, including Senate Homeland Security and Governmental Affairs Committee Ranking Member Claire McCaskill (D-Mo.), questioning whether Trump went through the typical planning and implementation process.

“We did know the EO was coming,” Secretary of Homeland Security John Kelly said during a Jan. 31 press conference on the department’s implementation of the immigration order. “We had people involved in the general drafting of it. Clearly, this whole approach was part of [what] then-candidate Trump talked about for a year or two, so we knew all this was coming.”

His staff members were involved in the process and Kelly said he learned Tuesday or Wednesday that it would be signed Friday.

“This is primarily a staff process,” Kelly said. “The policy gurus and the White House are working with the inter-agency people, not a large number, I wouldn’t expect, of inter-agency people. I saw the draft. Because it’s still in staffing, and the people who worked in and around me were saying,  ‘We got it boss,’ this is kind of what we expected it to be. I did not look at it from the perspective of correcting the grammar or saying, ‘We need to change these words or do this thing.'”

McCaskill is pushing for a public hearing with department officials on the topic, after a closed briefing with DHS leaders unearthed little information, she said.

“While someone at DHS might have known this was coming, they clearly were not given the opportunity to prepare,” McCaskill said in Feb. 1 statement after the committee’s closed briefing with department officials. “They were told to implement it immediately by the White House. As a result the gathering of the appropriate officials to actually make this order operational did not even happen until after the order was signed.”

McCaskill said she spoke publicly about details from the meeting because “98 percent of what we talked about in that room was not classified.”

Yet former officials in both the Bush and Obama administrations said the lead time for an executive order depends on the topic and complexity.

“A week is a very short period of time,” said Seth Harris, a former deputy Labor Department secretary who worked on several executive orders during the Obama administration. “You would expect to have more time taken for most executive orders, and certainly where there’s no imminent threat or there’s no military operational decision or foreign policy crisis, you would expect a more deliberative, detailed, thoughtful or inclusive process.”

The White House can often move quickly on an executive order, particularly if it’s a high priority for the administration, said Robert Shea, a former OMB official and now principal with Grant Thornton.

“It’s going to take more than an hour, but it can be done very quickly,” he said. “If you’re the White House, you can circulate something [and] get everybody to give feedback to it. People are very practiced at holding that information confidential.”

The executive order process usually begins with a meeting among all the agencies who may play a role in implementing the directive. The highest ranking officials in the agency would often sit at the table to discuss the challenges they foresee and what it would take to implement the order, Harris said.

Inter-agency discussions drive much of the work on an executive order, both Harris and Shea said.

The Office of Management and Budget will typically ask relevant agencies for their feedback — often under a tight deadline. Most agencies have at least one person who is responsible for receiving and distributing presidential actions that the organization needs to review.

“Every agency would have gotten a chance to review the draft and offer their opinions on it, their revisions to it,” Shea said. “[One of] the most important players in that equation is the Justice Department, and in particular the Office of Legal Counsel. [It] make[s] sure that the references to statutes are correct and that the device is legal, that it’s constitutional.”

Shea said he remembers circumstances where he had 12 hours to offer feedback on a 30-page document. OMB is typically well-practiced at receiving and synthesizing feedback from the agencies and then summarizing it for the policymakers so they can make decisions, he added.

But just because the White House gives agencies the chance to offer feedback on the order doesn’t mean it will incorporate those suggestions in the final policy.

Before the President signs an executive order, agencies have typically already figured out what steps they need to take to begin implementation, Harris said. Most agencies have a multi-step business plan that sets a timeline with specific action items in more detail.

Most executive orders do not come with additional funding, since the President doesn’t have the authority to appropriate more resources to an agency — unless the order implements a specific congressional appropriations bill.

In nearly every case, agencies have to use existing funds. It’s OMB’s job to figure out what it will cost and where the money is going to come from, Shea said.

“No one in the executive branch has yet figured out a way to make money magically appear,” Harris said. “A directive from the president to start spending additional sums of money necessarily involves moving money from one use to the use directed by the president, if the appropriations law permits it. There’s no alchemy that produces the money, for example, for 5,000 additional border [patrol] guards.”

Some of the President Trump’s latest executive orders describe specific policy actions in detail, such as his directive to reduce the number of federal regulations.

“It very clearly directs the Office of Management and Budget and all of the executive branch agencies how and whether they can issue new regulations,” Harris said. “It clearly states within the legal boundaries established by the applicable law, here’s how I want you to do it. They have to follow his direction; he’s the boss.”

But others, Harris said, are statements of the President’s intent or an expression of a goal.

“Hir[ing] 5,000 more border patrol [agents] when you don’t have the money to do it, that’s not direction to his agency,” he said. “That is an aspiration.” 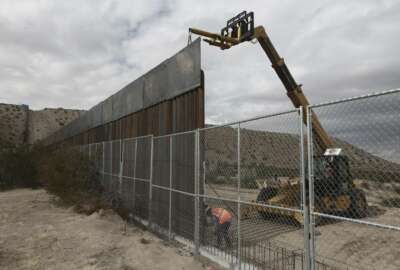