National Background Investigations Bureau (NBIB) Director Charles Phalen is quick to dispel the “fiction” that its NCIS-style analysts are operating in darkened basements with only the click of a computer button standing in the way of someone’s history.

But Phalen wants to make improved federal background investigations management a reality, starting with plans to test the replacement to the beleaguered Electronic Questionnaires for Investigations Processing (e-QIP) system.

E-application, or e-App, heads to personnel testing in about six...

National Background Investigations Bureau (NBIB) Director Charles Phalen is quick to dispel the “fiction” that its NCIS-style analysts are operating in darkened basements with only the click of a computer button standing in the way of someone’s history.

But Phalen wants to make improved federal background investigations management a reality, starting with plans to test the replacement to the beleaguered Electronic Questionnaires for Investigations Processing (e-QIP) system.

E-application, or e-App, heads to personnel testing in about six weeks, with the hope of rolling out sometime next year, Phalen said Sept. 6, during the Intelligence & National Security Alliance Summit in Washington, D.C.

“If you get a chance to use it, you’ll find it to be a much better tool for inputting data,” Phalen said. “From our standpoint in the collection business, it will do a lot better in terms of getting information to us in a way that’s less liable to make mistakes.”

Phalen said the Defense Department (DoD) is developing the e-App system, and the test group is with the Army.

“We’ve actually been running this through a lot of other people in the meantime to get feedback on it,” Phalen said during a panel on background clearances and insider threats. “Success will be if they can navigate through, there are far less errors at the back-end of it, far less frustration on the part of the applicant. And more importantly some of the features we’re building into it will allow us to do some real or near real-time validation of what that individual’s put in, to make sure that what they put in actually exists in terms of addresses, employment, that sort of thing.”

NBIB will review the tests to see whether or not there needs to be any tweaking.

The e-App testing is just one thing the NBIB, the Office of Personnel Management, and their interagency partners within the Performance Accountability Council (PAC), are doing in the near term to address security clearances, the background check backlog, and insider threat risk management.

National Counterintelligence and Security Center Director Bill Evanina said plans are in the works for a government-wide “Stand Down Day” this fall, as part of an ongoing effort to stem unauthorized disclosures.

The day will be an opportunity for managers to take time to talk with employees about their obligations to protect information and secrets, and remind them of resources like whistleblower protections if they want to report a concern.

“Get back to basics,” Evanina said. “If you are angry or upset, the right answer is not leaking classified information to whoever, because what we have failed to do in the government is document and really tell the story of the damage that’s caused. The public doesn’t know the value of that leaked PowerPoint or that information to our adversaries; how that can cost billions of dollars. I think that’s the story we need to tell.”

The panel also highlighted what is being done to address the background check backlog.

Phalen said the backlog is roughly 700,000 cases, and the number not only stabilized, it decreased a little bit this summer.

“When you take away name checks, when you take away duplications, we are running investigations of some sort — whether name checks or initial investigations, or periodic investigations — on about two million people every year. And of that two million people … we’re able to look at our current inventory and say of that 700,000 a little over 300,000 are actually initials. A vast majority of those are in the Department of Defense military side. The industry backlog right now is probably in the 70,000 range for initials; for the rest of government it’s in the 35,000 range. The biggest chunk is in the 160,000-170,000 range for military services.”

Defense Security Services Director Dan Payne said with attention on modernizing and streamlining background checks, now is also the time to be thinking about investigative standards.

“That’s an area where we can explore,” Payne said, adding that while there have been incremental improvements to those standards over the years, they’ve been done within the overarching investigative process set in 1947.

“What we truly need to do is we need to take a look at what those adjudicative standards are, and look at in today’s day and age what are the best sources of information that we can go to,” Payne said. “That’s the game changer, that’s the thing that can make a significant impact on a security clearance process. We have to take that step, we cannot continue to do things the way we are currently doing them.”

Phalen acknowledged it might also be time to look at potentially using more interim clearances at the secret level, or at least starting the process for someone’s clearance before they’re officially on a payroll.

Under today’s rules, NBIB can’t start the background investigation process until someone is given an offer for employment.

“We ought to look at those opportunities for getting people in that process speculatively, as opposed to based on a particular employment,” Phalen said.

Payne said at DoD, interim clearances are a necessity, or nothing would get done. But those clearances are also when there is the most risk, because those individuals get access to classified information based just on credit and FBI checks. That’s why it’s critical to make sure those investigations move quickly. 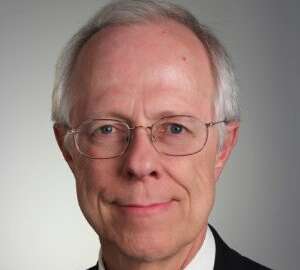 As OPM’s background bureau gets off the ground, could a bid protest stymie its efforts?