It’s been a busy year for the mobile service category management team. In fiscal 2017, the interagency working group completed a roadmap, procurement guidance and studied the feasibility of a mobile broker model.

Now as 2018 gets going, the MSCT is moving from making documents to helping agencies further reduce costs for mobile devices and services.

It’s been a busy year for the mobile service category management team. In fiscal 2017, the interagency working group completed a roadmap, procurement guidance and studied the feasibility of a mobile broker model.

Now as 2018 gets going, the MSCT is moving from making documents to helping agencies further reduce costs for mobile devices and services.

Jon Johnson, the director of the General Services Administration’s enterprise mobility program, said on average agencies are paying almost $20 a month less for mobile services and devices with some paying as much as $30 less.

“When the Federal Strategic Sourcing Initiative wireless blanket purchase agreements were initially established in 2013, we did a study for the entire government to come up with an estimate on what those average costs were. At that time, it was guessed that it was anywhere from $55 to $57 per user on a monthly, recurring basis,” Johnson said in an exclusive interview with Federal News Radio. “We’ve revisited that and it appears that the costs have dropped down to $50. But when you look at the real numbers and the numbers that have been happening within the FSSI BPAs themselves that has actually gone down even more significantly. Right now, the average cost for carrier services in government appears to be around the $38, $39 or $40 range.”

Johnson added the prices agencies pay also depends on usage. He said, for instance, GSA is a heavy user of mobile devices and services so it may pay more than another agency such as the Social Security Administration.

Johnson is the first to admit the lower costs are for a variety of reasons, including more competition in the marketplace as well as the work of the mobile category management team.

Governmentwide, agencies are spending about $947 million a year on mobile devices and services as of 2015, which is down from $1.5 billion in 2013.

The Government Accountability Office reported agency spending and struggles to track the use of smartphones and other devices.

In August 2016, the Office of Management and Budget took further aim at federal spending on mobile devices and services by requiring agencies to justify any new contracts. Last year, OMB said its goal of freezing new contracts was to reduce fragmentation and duplication of more than 1,200 mobile agreements and 200 unique services.

The mobile services category management had been working on these issues for the better part of two years with the memo propelling the interagency group to bring best practices and lessons learned to bear on its website.

“We are shifting toward a total cost of ownership model. When you look at the total cost associated with carrier services and devices that is one segment of the mobile pie,” Johnson said. “The other segments include the managed services, the security and other services. We know it’s those other pieces of the pie that will continue to grow over time. We are starting to look at those total costs, inclusive of transaction costs and operation costs. So those are our next steps to look at the total mobile pie.”

Johnson added those total cost numbers are the ones agency chief information officers want to know and will be required to know under the Federal IT Acquisition Reform Act (FITARA) and the mobile component of the Federal Information Security Management (FISMA) metrics.

Heading into 2018, Johnson said the MSCT will work with stakeholders, including the Advanced Technology Academic Research Center (ATARC), to revisit the mobile computing decision framework, to address the security concerns of applications to secure mobile voice communications and additional guidance and tools to help agencies use mobile services and apps for a distributed workforce.

One ongoing challenge for agencies is making sure the applications they use are secure.

Johnson said the MSCT can help in two ways. On its website, there is guidance concerning app vetting developed with the National Institute of Standards and Technology, the Homeland Security Department and others to help agencies understand what are some of the considerations and a list of potential sources and acquisition vehicles.

Johnson said the mobile strategy is the first document any agency should look at as they improve their mobile efforts.

“They should take a look at what they are looking to do, how they are looking to accomplish it, what resources are needed to deploy a comprehensive mobile solution,” he said. “The holy grail of all of this is to get information freely flowing from either your back-end or your cloud provider into an end-point device and back again. The data knows where to go, where the data is secured and where agency personnel are able to operate, whether on their smartphone tablet or other device outside of their desktop or in some cases their laptop.” 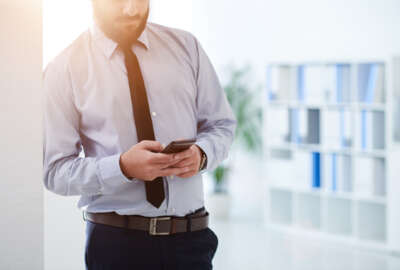 GAO: Agencies need to keep better tabs on the mobile devices they issue