$40K buyouts, and 3 other reasons civilian feds should pay attention to this year’s NDAA

Congress once again wants to help agencies try to sweeten the buyout deal for civilian employees.

The proposal, which the Senate Armed Services Committee included in its version of the 2019 defense authorization bill, would increase the maximum amount that civilian agencies could offer in the form of Voluntary Separation Incentive Payments (VSIP) from the current $25,000 to $40,000.

Congress once again wants to help agencies try to sweeten the buyout deal for civilian employees.

The proposal, which the Senate Armed Services Committee included in its version of the 2019 defense authorization bill, would increase the maximum amount that civilian agencies could offer in the form of Voluntary Separation Incentive Payments (VSIP) from the current $25,000 to $40,000.

The $40,000 figure would also be tied to the Consumer Price Index (CPI) and adjusted for inflation every year.

Many agencies, such as the Environmental Protection Agency, Interior Department and others, have been asking for VERA/VSIP permission since the Office of Management and Budget encouraged them in 2017 to consider using the authorities as a way to restructure and reduce the size of their workforces through attrition.

Higher incentive payments may prompt more employees at or near retirement age to consider taking a buyout, as many workers have generally said the current $25,000 offer isn’t enough to persuade them to accept the offer.

The Trump administration proposed $40,000 buyouts for civilian employees as a provision it wanted lawmakers to include in the 2018 defense authorization act, but the measure never made it into the final version of the NDAA.

The House version of the 2019 National Defense Authorization Act (NDAA), which members passed last month, does not call for higher VSIPs for civilian employees. Once the Senate finishes its work on the authorization bill, congressional leaders will settle the differences between the two versions later this year.

Beyond the Senate’s call for higher civilian employee buyouts, there are a few other provisions worth watching for as Congress continues work on the NDAA.

The Trump administration is planning to transfer the entire governmentwide security clearance portfolio back to the Pentagon.

Exact timing for the move is still unclear, but the Senate Armed Services Committee wants to be clued into the Defense Department’s specific plans.

Senators have asked DoD to present its plan for assuming control over the governmentwide clearance portfolio. The plan should include details of how the Pentagon will simultaneously manage the transfer and continue its efforts to modernize the current investigation process.

“The committee understands that the administration has decided to transfer to the Department of Defense the remaining responsibilities of the Office of Personnel Management’s National Background Investigations Bureau for conducting background investigations for non-DoD federal employees,” the Senate committee’s report on the 2019 NDAA reads. “Independent of this decision, the committee remains concerned by the backlog in background investigations and reinvestigations, which creates security risks for the government, harms the government’s ability to recruit high-quality personnel and wastes resources annually as employees are sidelined waiting for clearances.”

The authority would generally let agencies determine their own recruitment sources and processes for soliciting qualified applicants to compete for positions.

The Office of Personnel Management can cap the number of hires agencies can make using this flexibility, but the provision would certainly give organizations the freedom to target specific colleges, universities and other programs with students that may best fit their recruitment needs and goals.

This has long been a concern for agencies, which have struggled to attract and recruit young talent. According to the latest OPM data, just more than 6 percent of the federal workforce is under the age of 30, with 1.2 percent of employees between the ages of 20-to-24.

The House version of the NDAA offers a similar provision, but it’s only directed at the Defense Department, not governmentwide.

After history had proved otherwise, lawmakers want to make sure the Pentagon and the Veterans Affairs Department are working together.

The 2019 NDAA calls on DoD to share existing and planned structures and inter-agency groups to compare lessons learned and best practices as the Pentagon continues ongoing efforts to deploy MHS Genesis.

“This historic overhaul of the health record systems of the two largest government agencies requires transparency, accountability and oversight,” the Senate committee said in its report. 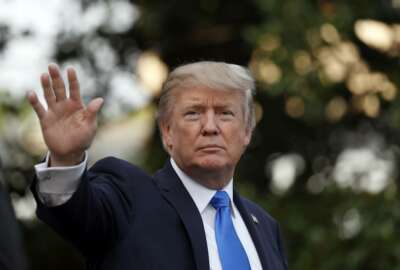