Federal agencies could save more on recruitment and retention costs — if they had a paid parental leave program for their employees.

That’s the message Rep. Barbara Comstock (R-Va.) is taking to her colleagues in the House this year, as she tries — again — to push for a paid parental leave program for federal employees.

She recently introduced the Federal Employees Paid Parental Leave Act of 2018, which would provide up to 12 weeks for birth,...

Federal agencies could save more on recruitment and retention costs — if they had a paid parental leave program for their employees.

That’s the message Rep. Barbara Comstock (R-Va.) is taking to her colleagues in the House this year, as she tries — again — to push for a paid parental leave program for federal employees.

She recently introduced the Federal Employees Paid Parental Leave Act of 2018, which would provide up to 12 weeks for birth, adoption or fostering of a new child.

“I don’t want that brilliant researcher to say ‘I’m not going to come work at NIH, because what if I want to have a baby and they don’t provide me that paid leave?'” Comstock said Monday on Capitol Hill during a panel discussion on federal paid parental leave. “We want to make sure we’re attracting that talent and having the best and brightest working in government.”

Advocates of a federal paid parental leave program estimate agencies could save as much as $50 million a year in turnover, training and human resources costs if government had such a program.

As evidenced in the private sector, employees who have access to paid parental leave are more likely to return to their jobs after the birth or adoption of a new child, said Kevin Miller, a senior researcher for the American Association of University Women.

Women in federal government, however, are not more likely to return to their jobs.

“This is a time when people should be settled in their jobs, and we see that’s less true for women, in part, because of these issues,” Miller added.

“The federal government has a recruitment problem,” Klement said. “We have to do something to recruit new employees, younger employees into the federal workforce. Study after study of the younger generation shows that they value work-life balance in ways that the generation before them didn’t. There’s actually a demand for more work-life balance, more workplace flexibilities and for policies like paid parental leave.”

Comstock acknowledged that she’s introduced similar bills in the past, which authorized paid leave for six weeks. That legislation did pass the House once back in 2009 but never made it to a vote in the Senate.

“It was six weeks and I guess the thinking was … that’s pretty good, that’s better than nothing,” Comstock said. “But as we know, three months or even four months has really become the standard among businesses. If I were going to work at one of our major defense contractors, any large company … we would have three months of paid leave.”

“If we’re going to have this fight and we’re going to really push to get this, why do it for six weeks instead of 12, and then we’ll back here asking again?” she added.

Former President Barack Obama signed an executive memo in 2015, which authorized federal employees to use six weeks of advanced sick leave to care for a newborn child. Both Obama and President Donald Trump included a paid parental leave program in previous budget requests at one point during their administrations, but those recommendations fell short.

Federal employees have a right to unpaid parental leave, but there’s no governmentwide policy that guarantees paid leave for new mothers and fathers. And though federal workers can accumulate and carry over sick leave from year to year, it doesn’t leave young families with many options if their sick bank is completely empty after the birth of a new child.

That reality contradicts the perception that federal employees have an incredibly generous pay and benefits package, Klement said. It’s that perception, she added, that has partly prevented Congress from moving a federal paid parental leave program from mere concept to a real possibility. 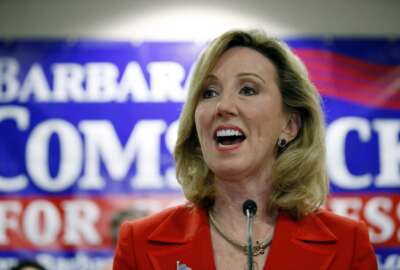 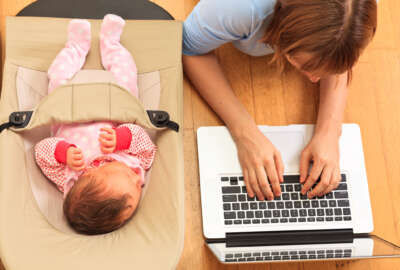