As one way to build its cadre of cyber experts, the Army has been experimenting with legal authorities that let it commission new military officers directly from the private sector. In the first year, it’s only managed to recruit just two new soldiers via that route. But officials are optimistic that a combination of higher pay and better marketing will help it step up the pace.

The first two officers started their latest round of...

As one way to build its cadre of cyber experts, the Army has been experimenting with legal authorities that let it commission new military officers directly from the private sector. In the first year, it’s only managed to recruit just two new soldiers via that route. But officials are optimistic that a combination of higher pay and better marketing will help it step up the pace.

The first two officers started their latest round of training just last week at the Army’s cyber basic officer leadership course at Fort Gordon, Georgia. In the Cyber Direct Commissioning Program’s first year, the Army intentionally started small, but it had hoped to attract at least five new officers.

Part of the holdup is pay-related. So far, the initial rank offered to candidates in the cyber direct commissioning program has been 1st lieutenant, which comes with a salary of less than $43,000 per year.

“We had one highly talented individual we wanted to bring in, and when that individual looked at what he was going to make as a 1st lieutenant, he realized it was going to be equal to what he was being offered to work a part-time job at Dell,” Brig Gen. J.P. McGee, the director of the Army’s Talent Management Task Force said at a cyber conference hosted by the Association of the U.S. Army. “We can’t have it be that large a gap. We’re doing things to address that right now with special duty assignment pay, and then with the ability to bring some of this tech talent in, not as a 1st lieutenant, but as captains, majors and lieutenant colonels, think we’ve got some great opportunities.”

As part of the 2019 Defense authorization bill Congress sent to the president’s desk last week, lawmakers gave the military permission to award enough “constructive credit” to direct-commission officers up to the rank of O-6: an Army colonel or a Navy captain. It applies not just to cyber officers, but any field that requires “special training and experience.”

With that authority in hand, the Army says it plans to make more use of the direct commissioning program – and not just for one or two officers at a time.

Now that the Army and the other services have finished their initial builds of the 133 teams that make up DoD’s cyber mission force, it’s time to devote more attention to training and recruiting more individuals with elite cyber skills, said Lt. Gen. Stephen Fogarty, the commander of Army Cyber Command.

“There are some very specific skill sets and work roles that are going to be pacing items for us, like tool developers,” he said. “If you use the analogy of the few, the many and the all, the tool developers are on the far side of the ‘few,’ and that’s something that’s occupied a lot of our time. We know there are some that will just barely make it into the force: that’s the all. Then there’s a group that will do some of the very high-end missions, that’s the many. And then there’s a few that will do the very high-risk missions and develop tools. I’ve got to have people in all those buckets, and we’re really challenged to get to that few that we want.”

But besides offering salaries that are closer to commensurate with the skills of the people it’s trying to recruit, the Army knows it also has to do a better job of marketing itself to them.

Officials are convinced they don’t need to match industry pay on a dollar-for-dollar basis, because military cyber fields involve problem sets and a sense of mission that industry can’t match.

McGee said that belief has been reinforced his discussions with talent management experts and with potential candidates.

“One of those conversations was with a with a Stanford student who had done an internship at Army Cyber, and he said, ‘Look, if you go to Stanford and in you’re in their computer science department, all they talk about is working for Facebook or Google, the companies that are right here in Silicon Valley. No one ever came and told me that there are opportunities for me to use my skills in the service of my country at a place like Army Cyber.’ He said, ‘You guys have chosen not to compete in this market and you’re making a mistake, because we don’t even know these options exist – you don’t make the trips out here to connect with us.’”

But McGee said the initial recruiting process for outside cyber talent is only half the battle.

Once the Army has convinced experienced or highly-trained experts to press their skills into public service – either in a uniformed or a civilian capacity – it also has to make sure it has a culture that can accommodate them.

“The force needs to be ready to absorb that talent. We can bring in 10 highly skilled engineers from Silicon Valley, we can direct commission them as Majors, but if after four years their experience has been that they spent a year waiting for a security clearance, another year before anyone will listen to them within the command, what they come away with is exceptional levels of frustration,” McGee said. “And then, when they’re talking back with their friends in Silicon Valley, no one else will want to do this. So it’s not just about bringing in the people, it’s also how we employ them. And it is hard to talk about fundamental talent management change without hitting culture writ-large.” 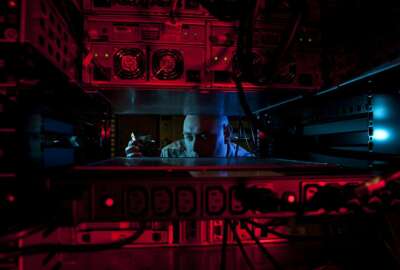