A smaller budget could lessen the Army’s operational reach, but lawmakers question if that’s a bad thing

The Army’s top officials said the service might have to downsize some of its operations if budgets were to decline in the future, but a bipartisan group of lawmakers think slowing deployment tempo might not necessarily be a bad thing.

The Biden administration’s 2022 budget increases defense spending by about 1.5%, giving the military what adds up to essentially a flat budget from 2021 when adjusted for inflation. However, the details of where that money...

The Army’s top officials said the service might have to downsize some of its operations if budgets were to decline in the future, but a bipartisan group of lawmakers think slowing deployment tempo might not necessarily be a bad thing.

The Biden administration’s 2022 budget increases defense spending by about 1.5%, giving the military what adds up to essentially a flat budget from 2021 when adjusted for inflation. However, the details of where that money will go within the Defense Department and how much each service will receive have yet to be released. The budget also has not yet been vetted by Congress, where there are calls for significant increases and decreases depending on lawmaker ideology.

Acting Army Secretary John Whitley said Tuesday that the first thing that would happen to the service in a declining budget is that operational tempo would decrease.

“We’re about 35% of the active duty and strength of the department; about 45% if you add in reserve forces,” he said at the Center for a New American Security event. “We’re over 50% of the current operating tempo of DoD, we’re two thirds of the readiness demands and the readiness priorities for warfighting for the Department of Defense. The Army cannot sustain that level of commitment, and operating tempo and readiness for such a wide range of things in a declining budget environment and that’s the simple math.”

Secondly, Whitley mentioned that the effects of sequestration and deferred budgets over the last decade severely diminished readiness. The Army spent the last few years rebuilding that.

The Army is trying to balance all of those things while also embarking on its biggest modernization effort in 40 years. It’s done that mostly by cutting legacy systems in a process called Night Court, which freed up tens of billions of dollars.

While the Army budget seems stretched and easily disturbed, some lawmakers think it doesn’t need to be at such a stressed state.

Earlier this month, a bipartisan group of 14 lawmakers signed a letter to Defense Secretary Lloyd Austin asking for assistance in balancing the demand signal of combatant commanders against the overdue need for force modernization.

“We have serious concerns that these near-limitless request for forces are driving readiness costs to unsustainable levels, service members and platforms are getting burned through at breakneck paces and much-needed modernization efforts are getting delayed as restricted funds are directed to addressing short-term requirements and risks,” they wrote.

The Pentagon’s response to the letter may cause DoD and lawmakers to rethink what kind of demands the military should respond to and the kind of readiness needed to fulfill it.

“I would say anecdotally that the demand signal coming from the combatant commands today is significantly greater than it has been in any time in recent history,” House Armed Services Seapower and Projection Forces Subcommittee Ranking Member Rob Wittman and signer of the letter said in an interview with Federal News Network. “The current force availability is causing the service branch chiefs to look at how do we adapt to the current demand signal and then how do we make sure that we have the readiness that we need in the future.”

“We don’t have the people to meet that many different needs, to fight that many battles at the same time,” he said earlier this month. “We’re sort of perpetually chasing our tail.”

He said the strategy is too big and ambitious in terms of the United States’ needs and the country needs to get back to its core principles of what is necessary and realistic.

Changes in priorities could ease pressures on a larger defense budget, while also allowing the Army to modernize and retain readiness.

DoD is still unbalanced on readiness, but is it trying to do too much? 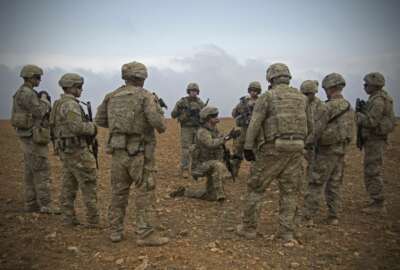 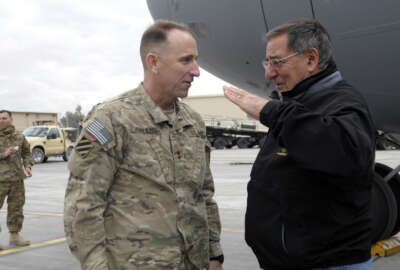 Lack of time for training is major setback for Army readiness