Army now has one IT system for all pay, personnel functions

After a decade of planning, years of development, multiple delays and more than $1 billion in spending, the Army crossed a huge milestone in modernizing its HR systems last week: The Integrated Personnel and Pay System-Army (IPPS-A) went live for its entire population of 1.1 million soldiers.

The National Guard has been using IPPS-A since 2020, but last week’s rollout marks the first time the Guard, the reserve and the active duty Army have been...

After a decade of planning, years of development, multiple delays and more than $1 billion in spending, the Army crossed a huge milestone in modernizing its HR systems last week: The Integrated Personnel and Pay System-Army (IPPS-A) went live for its entire population of 1.1 million soldiers.

The National Guard has been using IPPS-A since 2020, but last week’s rollout marks the first time the Guard, the reserve and the active duty Army have been on the same IT system for both their pay and their personnel functions.

The Army has been talking about what eventually became IPPS-A for at least a decade, and formal development work has been underway since 2015, when the Army awarded its first major contract for the system. All along, the goal has been to consolidate dozens of separate, sometimes highly-localized IT systems and paper-based business processes into one electronic system, giving each soldier a single electronic HR record that follows them throughout their career.

“And it allows us to do a whole bunch of other things: we can start managing people by their knowledge, skills, behavior and preferences, and we can move from an industrial-age personnel management system to a 21st century talent management system,” Gen. James McConville, the Army chief of staff told a forum organized by the Association of the United States Army last week. “We’ll be in a much better place to get the right people in the right place at the right time, but all these things are hard. If it was easy, it would have been done a long time ago.”

Besides giving the overall Army better insights into all the data it holds about each individual soldier, the system’s meant to give soldiers themselves more insights into what the Army knows — or thinks it knows — about them.

Sgt. Maj. Gary Krese, the senior enlisted advisor for IPPS-A’s functional management division, said having all pay and personnel functions in a single, modern system with self-service capabilities will let soldiers see where each of the transactions that affect their careers, or their paychecks, currently stand.

“We’re all familiar with those unfortunate stories about lost personnel action requests and untimely records updates, and the system provides much-needed efficiency, transparency and accountability,” he said. “Soldiers now have the ability to view their own records, view their own personnel actions, including with a mobile app. Sometimes when you submit those personnel actions or records updates, you don’t really know where they are in the process, and that can make a soldier or their family uneasy. We really do believe the days of lost blue folders are gone.”

All that said, Army officials say they’re clear-eyed about the fact that there are going to be growing pains, especially in the first few months. To launch the current version — Release 3 — the Army and its vendors had to consolidate and translate data from numerous legacy systems.

Col. Rebecca Eggers, the functional management division’s director, said the Army worked hard to ensure all that data made a clean transition, but it’s a near certainty that there are problems that weren’t caught during the data migration process.

“It’s a bit different than some of our other software systems in that we’re not simply replacing a system one-for-one with IPPS-A,” she said. “We’ve taken multiple systems across the components and combined their data into one, and in many cases, we’ve taken multiple data fields from all of those systems and put them into a single data field. And to further complicate things, soldiers could have bad records in multiple legacy systems. We had to sort through all of that. We’re seeing that some of the data still might not be quite right, and we are committed to making those corrections as soon as we find them.”

Officials initially planned to roll IPPS-A out to the entire Army in December 2021. But as the date approached, leaders decided they needed another nine months to ensure the system was ready for prime time. Then, last October, they announced that the full deployment would be delayed by several more months. “Stress tests” and soldier feedback revealed more problems that needed to be solved, they said.

But eventually, just before the Christmas holiday, the Army deployed the current release to its HR workforce so that they could begin familiarizing themselves with the system, and record personnel events that happened during a six-week “brownout” period between the shutdown of the legacy systems and the full spin-up of IPPS-A.

Eggers said that work was almost entirely completed prior to the system’s full deployment last week.

“When we were getting ready for the brownout, we provided a guide for HR professionals on what we call the priorities of work: the transactions that we knew would have to be done first in order to make sure that the system was ready for things like promotion processes that automatically run, or arrivals and departures of soldiers,” she said. “The scale of that work really depended on the unit.”

And for the HR workforce, aside from learning new processes and working out kinks related to data quality and system performance, IPPS-A raises some longer term questions about their day-to-day work roles.

Under the legacy systems, for example, they spent a not-insignificant amount of time manually transferring data from one system to another and keeping track of paper. IPPS-A, in theory, will render a lot of those tasks obsolete.

For now, the Army’s not quite sure what the HR workforce implications will be, other than that it would be premature to make decisions about downsizing the workforce. Officials think the most likely outcome is that they’ll need a similarly-sized workforce, but made up of people using different skillsets.

“I think we can utilize IPPS-A as a starting point to envision our HR professionals not being reactive, but being proactive,” said Lt. Gen. Douglas Stitt, the Army’s deputy chief of staff for personnel. “That’s because we don’t have to go out and find the data — we have the data. So now, we can better anticipate a commander’s decision. We can answer questions like how many people we have in formation on-the-spot, but also, we can get into details of who makes up that formation, what kind of skills they have. You can start to envision driving some of the commander’s decisions from a more proactive position, instead of the potentially reactive environment that we’re in right now.” 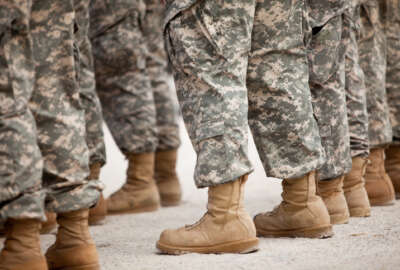