The government’s ability to share terrorist threat information today is in a much different state than it was six years ago, let alone 15 years ago after the September 11th attacks.

Part of that reason is the work the Information Sharing Environment has done to create standards and integration hubs.

Kshemendra Paul, who spent six years as the program manager of the Information Sharing Environment, recently took a new job with the Homeland Security Department...

The government’s ability to share terrorist threat information today is in a much different state than it was six years ago, let alone 15 years ago after the September 11th attacks.

Part of that reason is the work the Information Sharing Environment has done to create standards and integration hubs.

Paul said the evidence is clear that information sharing isn’t just better, but seen as a critical facet across federal, state and local government agencies and by industry.

He said the national network of fusion centers’ ability to share sensitive and classified threat intelligence information between the federal government and the state and local governments is prime example of this evolution.

“This is the year DHS assessed them as mature against the baseline capabilities that we all laid out in the 2005 to 2007 timeframe and have developed since then,” Paul said during a special edition of Ask the CIO. “Federal funding has dropped significantly for the national network of fusion centers, but the overall funding has increased because state and local partners have increased their funding.”

Additionally, the fusion centers aren’t just focused terrorism threats, but all crimes, such as organized and other hazards. Paul said law enforcement officers at all levels of government recognize the usefulness of the standards and processes the ISE helped lead the development of across a litany of their operation and mission areas.

“We’ve also been able to align different [sources] of information, intelligence sharing entities,” he said. “That’s a big success of ISE too. Driving that alignment across all of the entities that have developed over the last 50 years based on specific threats, but now are working together. All have their own lane in the road, but are sharing information and are collaborating, which is critical when you think about the evolution of technology and the evolution of the threat. That evolution is  fast and going faster and traditional stovepipe ways of the government working just can’t keep up.”

At the federal level, Paul said the work the ISE has done with the departments of Justice and Homeland Security and the intelligence community is leading to great cohesion, especially in their technical architectures.

The ISE highlighted its accomplishments in its annual report to Congress, released in August.

Paul said the report focuses on ISE’s successes over the last year, including advancing the terrorism information sharing network with federal, state and local law enforcement agencies, and to better package and integrate various interoperability standards and guidelines.

A third area is how ISE supported its agency partners to support the federal implementation of the 2012 Executive Order National Strategy for Information Sharing and Safeguarding.

“The main line of effort where we had the best and most unique contribution, and where we are putting our energy going forward, is helping our state and local partners build a capacity around cybersecurity. Some of this is with FBI, DoJ, DHS, Secret Service and others,” Paul said. “This is them looking at the cyber crime mission. We’ve done work around deconfliction, which is coordinating case information as a pointer system. We are extending the deconfliction work, which is happening at scale today, to include cyber related data elements.”

The other major change over the last six years is the positioning of the ISE itself.

Paul said the ISE always was a part of the Office of the Director of National Intelligence, but over the last few months, former ODNI Director James Clapper and the White House decided to move it into the partner engagement component of ODNI.

“From my perspective, it reflects the maturation of the activities and it was a key milestone to get further integrated into the hierarchy and bureaucracy in a sustainable and sustained way was key,” he said. “Being a special project bolted on to near the top of the executive branch org chart was good and powerful and allowed us to make the progress that we did and now we are ready to make that next stage of progress. We think being institutionally integrated is a positive development.” 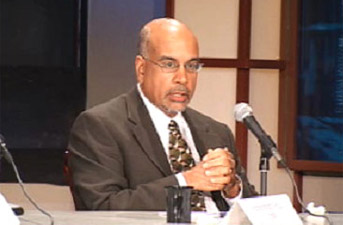 Agencies look past ID cards to next phase of identity management 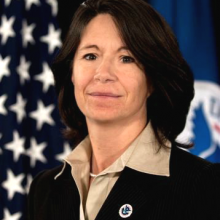 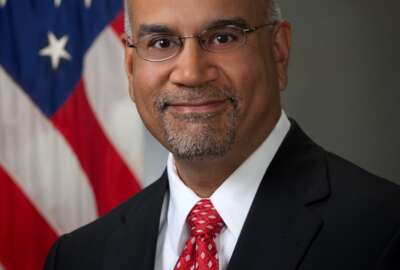