Alan Thompson, the House’s chief information officer, said over the last decade, and specifically over the last two-plus years, a lot of member offices, committees and caucuses have been trying to take advantage of technology in new ways. But many times their staff had limited knowledge or brought in consultants that cost a lot of money.

“We’d like to fill that gap for them,” Thompson said on Ask the CIO. “We’re going to have several different roles in this team. We’ll have a product manager role. We’ll have a user experience designer as well as software engineers. We really hope to bring in the capability to rapidly develop or maybe just consult on how an organization within the House member, committee or leadership office or a conference or caucus wants to achieve something. Really the hope is to be that resource there that can help them do that.”

The CAO, which first announced its plan to create a digital services office in March at a hearing of the House Select Committee on the Modernization of Congress, is hiring both new employees but also bringing in experts from the U.S. Digital Service as well as TechCongress, an innovation fellowship that places technologists with Congress for a year.

Catherine Szpindor, the House of Representatives chief administrative officer, said members or committees are trying to solve a specific problem, but don’t know exactly how to do that.

The CAO offers almost 100 cloud approved services, for example, and the new digital services team will be able to do more than just point them in the right direction, but help get offices from idea to implementation.

“We have traditionally been a typical IT support group. We support major applications like PeopleSoft in our HR and payroll applications, these large Oracle and other products that have been traditional, and that’s served us well,” Szpindor said. “But I think just since we really started integrating Office 365 and going to the cloud with so many other things, we started realizing that there was a real need for us to be able to provide consultative services and help with the development of some of these newer products that are automated in a way in which you don’t have to know a lot about the standard way to program. They’re low code, no code type applications. Allen’s bringing in Appian as one of those that we could possibly use. We are looking at robotics process automation. This was just a good time to do that. The time was right, the enthusiasm is there, and I think industry experts are backing us with ideas and how it’s being used in other places.”

The House started implementing Microsoft O365 in 2019 and brought in other cloud products like WebEx from Cisco and Zoom to address the fast growing need for remote work during the pandemic.

These tools have made hearings more accessible, but they have also help improve the connection between Washington, D.C. office and members’ district offices.

“I will point out that these the members have gotten very good at using these tools, which I’ve been very happy to see,” Thompson said. “I attended an event the other night hosted by Rep. [Eric] Swalwell (D-Calif.) when he was at home with his new baby in his arms while he was doing this meeting. The members have really taken to and, I think, have gotten used to this and have a lot more flexibility now. We required a lot of hands on from my team to support these meetings, and now we’re finding that, they’re like, ‘Oh, we got this, we can make this work.’”

That feeling of “we got this,” is part of the reason why the CAO is taking the next step with digital services.

Thompson said the digital services office will work directly with digital directors, who work for committee and member offices. While the CAO continues to set the office up, Thompson and his team are meeting with the digital directors to better understand what the trends, challenges and broad needs are across the House.

“There’s a lot of outreach going on reaching out to even chiefs of staff in member offices, trying to understand what problems are they having, where’s the gaps so you can consider it a listening tour, if you will, doing a lot of research about what kinds of tools or things or initiatives that they’re trying to perform,” he said.

Thompson said as a pre-cursor of sorts to the digital services office, the CAO has been improving the technology infrastructure for the House over the last few years.

He said from improving Wi-Fi access in the office buildings to a new pilot in the district offices to improve their wireless connectivity, the goal is to make it easier to connect offices and people.

“We’ve also put a virtual private network (VPN) concentrator out on the West Coast, this is all about are trying to improve service for the district offices. They’re those satellite offices that two or three people are sometimes one person in them, but still having them be connected and being able to collaborate use all the same tools that we do here on the Hill,” Thompson said. “We opened up two new pops, or point of presence, if you think for a national backbone in the Southwest and the Midwest. We have about 900 plus district offices out there in the members’ home districts that need to be connected, just like they would be here. Now, these offices can jump on our network faster and have less latency getting to our infrastructure services.”

Szpindor added since the CAO put the network and infrastructure upgrades in place, the number of calls they receive from member offices about dropped network connections or latency issues has dropped significantly.

“The thing that we have to do better with is when the offices have issues, whether it’s with their technology or their network, they have to know who to call to get help,” she said. “It breaks my heart when one of the district office directors or someone talks about all the network issues that they have in our office, and we were never contacted. I don’t know who she was talking to, but it never got down to our network staff. We are willing to do whatever it needs to improve, including getting on a plane and flying to the office to check things out or doing monitoring by checking the bandwidth or whatever to make it better. The communication on what we can do and how we can help is something we’re working on.”

“I try to look at the employee side of things, there will be a shift, and some of the work that’s been done to where maybe there’s a certain percentage of the work that we have been doing on our back end systems, that will shift here. So we want to keep in mind, the needs of our dedicated employees to try to help them to get to where they can be part of this as well,” she said. 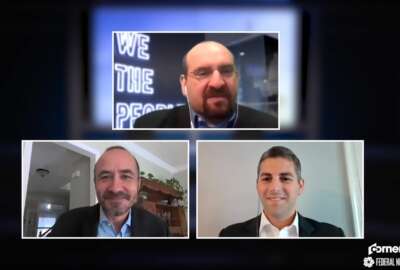 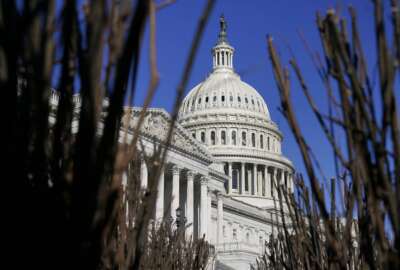