Only in the last year has the 2019 Foundations for Evidence-Based Policymaking Act started to demonstrate a real impact on agency missions.

As agencies updated their strategic plans for 2022, many used the law to drive better cross-agency conversations.

David Walters, the chief of strategic planning, performance management and reporting branch at the NASA, said prior to the Evidence Act as the space agency developed a new strategic plan or other “self-reflective” activities would have...

Only in the last year has the 2019 Foundations for Evidence-Based Policymaking Act started to demonstrate a real impact on agency missions.

As agencies updated their strategic plans for 2022, many used the law to drive better cross-agency conversations.

David Walters, the chief of strategic planning, performance management and reporting branch at the NASA, said prior to the Evidence Act as the space agency developed a new strategic plan or other “self-reflective” activities would have garnered a wide variety of potentially unrelated answers.

“What the Evidence Act did is it forced us to focus that down into a narrow list of priority questions. We now think of it in terms of yes, like we’re looking at 50 or 60 different things, but within that, here’s the five or six key priorities that we’re going to focus on for the next four years,” Walters said at the recent Government Performance Summit, sponsored by the Performance Institute, an excerpt of which played on Ask the CIO. “As a messaging tool, that’s been really helpful. Another way that it’s been helpful is it’s kind of forced all of the 24 CFO Act agencies to talk in one voice when we’re having conversations around evidence and evaluation, and data-driven decisions. I think prior to the Evidence Act, we were having 24 different conversations so just having the terminology ensures everyone’s on the same page, which has been huge.”

Harry Knight is the executive director for China and former director of the Office of Performance Evaluation at the Commerce Department, said the law is having a similar effect on the agency given how many operating divisions have missions that focus on statistics.

“I think the most room for improvement is within the non-statistical programs. We did get out of the gate with a very integrated approach. We didn’t do the learning agenda and strategic planning in two separate silos. We actually did them in tandem,” he said. “The intent is within the federal performance framework to layer in the evidence piece, and put more emphasis on just not the measurement of the key performance indicators, but actually getting that learning loop by framing it more in questions. The old adage that data tells but stories sell helps create that learning loop. The Evidence Act and learning questions brings in a little more of the storytelling and the so what piece.”

Both NASA and Commerce saw an increase in the number of pages of their new strategic plans. But that didn’t mean the documents were less valuable or understandable.

“That extra material is all in fulfillment of our Evidence Act requirements. So just from terms of impact, it’s had some changes to how we do resourcing. It’s created some changes for how many disparate processes we have going into the strategic plan. And it’s altered when we tend to begin a strategic plan. Given that we have more that needs to get in there, we started earlier,” Walters said. “We’ve got the core strategic plan content in the front of the document. That gets us down to like a 50 page range, something that’s a little bit more palatable. Then for the Evidence Act material, we’ve created a series of appendices to the document. That allows people that want to just look at the core strategic planning content to be able to quickly and easily discern that and then for those folks that want to get down into the weeds a little bit further, we have that material in the document for them as well.”

Knight said because Commerce integrated the statistical and non-statistical agencies, the strategic plan process, with the help of the chief data officer and the evaluation officer, relied on interagency committees to ensure integration of priorities and resources.

“What we’re looking at right now is we’re looking at the fiscal 2024 budget formulation and asking all of our bureaus and programs, ‘Hey, if you’ve got a learning agenda question or two or three, are their funds in your budget? Did you get any in your 2023 to support that analysis and learning? And then if not, are you getting it into your 2024 request?’” he said.

In fact, the White House released its 2024 budget planning guidance in early July where they told agencies to not only use evidence to support their budget requests, but to do more to build up their skillsets and capabilities to build “credible, relevant evidence that is critical for decision-making on agency priorities that are built into their budget submission.”

Jeff Yefsky, the CEO of the Performance Institute, said the Evidence Act was the third leg of the stool when it came to setting agencies up to drive better decisions.

He said the law helped bring together the combination of better data tools from industry to collect and understand information and the advancements in the concepts around data science to put the data to use.

“The Evidence Act now, in my opinion, is where agencies are going to say, ‘OK, now, I need you to go ahead and make an informed decision. Now, I know you have the data to make an informed decision and now we need to solidify that decision making process,’” he said. “Let’s say you have enough so you can tweak it, understand it, to really truly say, doing this is going to save money or reduce workload for employees, and it also that helps with the direction and the drive of where they’re trying to go.”

Role of OMB Circular A-11

The panelists also highlighted the value of Circular A-11 from the Office of Management and Budget to further drive the use of evidence to drive decisions.

Yefsky said OMB added an evidence section to the most recent circular update in August 2021 that is helping bring these strategic plans and efforts together.

“It provides me a little bit of a stick that I need to use to make sure that people are doing the things that we need to be doing,” he said. “Then in terms of developing that update every year, I can’t speak highly enough of the collaborative relationship that we have with OMB, the performance staff and the evidence staff over there. I love that for the last six or seven years now, OMB issued data calls to folks like Harry and I as they’re considering updates for A-11 for the next year. One of the questions they ask is, ‘how can we make this more useful for you? How can we make these integration and tie points between getting GPRA and the Evidence Act more clear or succinct?’ Then they go ahead and do a draft of what that next update might look like. So by the time we get a final update to A-11, we’re already well read in on what it’s going to contain and we feel like we’ve had a voice that’s played into the development process.”

From IT to workforce to CX, agencies must justify their investments decisions in 2024 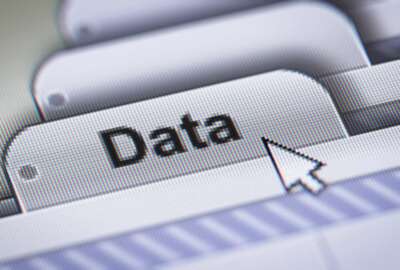