By expanding COMET, GSA dives deeper into IT modernization

The General Services Administration awarded its COMET IT services vehicle three years ago hoping to accelerate the modernization of legacy systems.

COMET has been so successful, the Office of the CIO had to add eight new vendors earlier this year.

David Shive, the chief information officer at GSA, said at a recent ACT-IAC webinar that more internal GSA customers want to use COMET to improve systems and services.

“The contract was originally let to manage...

The General Services Administration awarded its COMET IT services vehicle three years ago hoping to accelerate the modernization of legacy systems.

COMET has been so successful, the Office of the CIO had to add eight new vendors earlier this year.

David Shive, the chief information officer at GSA, said at a recent ACT-IAC webinar that more internal GSA customers want to use COMET to improve systems and services.

“The contract was originally let to manage many of the system modernization and transformation efforts that are underway in the Federal Acquisition Service. We’ve generated enough good business outcomes there that we’re expanding the use into broader parts of the GSA business portfolio,” Shive said. “Now some Public Buildings Service (PBS) systems are in play. Now some of our corporate systems are in play, and some of the shared services that were running within the agency are in play. That’s a good sign of contract growth, driven by good outcomes.”

GSA awarded COMET to 12 companies in October 2019 and immediately awarded four task orders under the program worth about $270 million.

The success of the program over the last few years required GSA to add eight new small businesses to the contract because existing firms grew too large.

Shive said the new task orders coming through COMET could include a broader scope of technology requirements, including a focus on DevSecOps skills to bring the business and technology experts closer together.

“We use business intelligence, just like any agency does, just like any business does, here in the 21st century, and we consolidated a fair number of our data analytics, data sciences, business analytics capabilities a number of years ago, and put it all on a cloud based system so that people could have the right tools for the right data science needs. We’re ready for the next iteration in that space,” he said. “So I suspect that there’s going to be some work in the data sciences realm, showing up on that contract sooner rather than later. That’s work, maybe some license type stuff, but more importantly, actual work to help us drive in new technology capability into the platforms that we have. They’re all cloud based platforms, so some exciting work there.”

Additionally, Shive said he expects other opportunities coming through COMET to include integration services to support GSA’s Workplace 2030 initiative.

He said that may be one area where the Public Buildings Service may become more active on COMET. He said PBS has a number of initiatives where they are analyzing, reacting and responding to the new ways that federal employees work.

“We’re looking at usage patterns across the federal enterprise now, but also what we expect they might be in 12 months or 24 months down the road. We are trying to anticipate that so that we can be providing those workplace and technology solutions that the agencies are going to need,” Shive said. “Some of that, I would expect, might show up in that contract as well. Some of how we react and respond to those drivers are forcing agents.”

Another way GSA’s CIO shop is addressing its ever changing environment is through the use of pilots or minimum viable products (MVPs).

Shive said he regularly approves this approach to test out technologies or concepts to help each of his internal customers understand what is possible.

“The Federal Acquisition Service (FAS) with their acquisition specific heavy enterprise systems usage model, they’ve probably generated about 25% of them, as well as our CXOs have large technology deployment across a really broad business portfolio that was probably another 20%-to-25%. And then our deep meaningful relationship in partnership with the Technology Transformation Service (TTS) has been a an actual great boon of great ideas, not only the stuff they share with us, but the stuff we do internally that we share with them that kind of ecosystem, that bilateral ecosystem and information sharing between GSA IT and TTS has been a really, really great source,” he said. “An example is GSA runs the cybersecurity for Login.gov, and that is a clearly a great avenue and vector for us to learn about and practice at scale identity proofing and authentication. That informs how we’re delivering our next generation technology plan.”

Not afraid to end pilots

Shive said part of that next generation technology plan is the move to zero trust. He said some of the pilots and MVPs running through the Enterprise Infrastructure Solutions (EIS) contract is helping frame and understand how best to implement GSA’s zero trust architecture strategy.

“We’re only focusing our investment of time, people and dollars on the pilot and MVP actions that showed and demonstrated value,” he said. “One of the places that we did that was in the PBS Internet of Things, we’ve implemented a micro-services based security and network operational topology in that Internet of Things and learn some really interesting and important things about managing things that are not pure it their operational technology or they’re not technology at all, but have an IP address bolted on to it, and they’re passing data.”

Shive added this includes the implementation of a mesh network through its EIS contract.

And when those MVPs or pilots don’t pan out, Shive said GSA isn’t afraid to shut them down.

He said he estimated his office has terminated about 60 pilots for various reasons.

“All of that takes project management, program management and product management expertise to be able to make those value based decisions,” Shive said. “Then, the last piece is we take a look back at our work that we do. And we say, did we generate the right outcomes that we expected? We do retrospectives all the time? Did this thing that we’re doing accomplish what we had set out for? If it did, where can we learn from that and share that with our other partners and our peers across government? If it didn’t, why didn’t what can we do to make sure that doesn’t happen again?”

GSA picks 12 vendors for its IT services contract called COMET 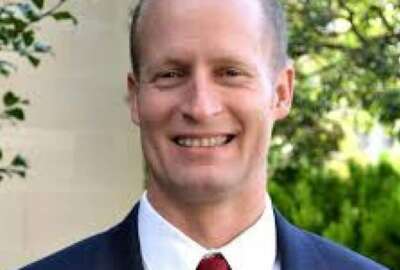 Agencies finally shedding the bad rap of being a technology laggard