Margaret Weichert, the Office of Management and Budget’s deputy director...

Margaret Weichert, the Office of Management and Budget’s deputy director for management and the acting director of the Office of Personnel Management, said federal agencies seemed at first like a “target-rich environment” for RPA when she joined government two years ago, but when she asked around about the state of RPA adoption in government, she found the enthusiasm and momentum trailed behind what she’d seen in the private sector.

“What did I find? Crickets. Nobody knew what I was talking about, and when I started to examine why was no one talking about this thing that everybody was on fire about in the private sector, it actually gave me the germ of an idea that resulted in the President’s Management Agenda,” Weichert said Tuesday at an RPA industry day at OPM headquarters.

The PMA and its cross-agency priority (CAP) goals seek to help the government play catchup with the private sector when it comes to business modernization, and is based on three “gears” of transformation — workforce, technology and data.

But when it comes to getting RPA projects off the ground, Weichert said two of those gears — the workforce and technology — have been working against each other, resulting in what she called the “human-technology divide.” Bridging that divide, she added, stands out as the biggest challenge to broader transformation in government, especially at a time when most conversations about automation come with the caveat that these tools will improve work for federal employees, not put them out of a job.

“I’ve started to think about a talent-technology continuum, and robotic process automation is maybe the first step on a much longer path. And for me, the inability to get people to see that technology was not a threat to human beings and their jobs, but that it was an enabler of better service quality, more efficiency — the ability to create better more interesting, compelling jobs by reducing low-value work — that’s a journey we need to go on,” Weichert said.

In the search for agency candidates for RPA adoption, pockets of resistance have emerged. Weichert said members of Congress and labor unions, for example, have pushed back on efforts to introduce automation tools to a 300-employee payroll office in an unnamed city in the South.

“Before exploring the actual opportunities for those very same people who are doing those jobs today, a kneejerk reaction kicks in and says ‘Technology threatens those jobs,’” Weichert said.

But the demand for reskilling continues to outpace the number of seats available. More than 1,500 federal workers applied for the first reskilling cohort with 25 slots, which later expanded to 30 seats.  The acceleration of automation, Federal CIO Suzette Kent said recently, will require agencies to retrain a “broader swath” of federal employees.

Speaking at Tuesday’s industry day, Kent said the administration can expedite the rollout of RPA and automation in government by creating a “strong working relationship” between the mission and technology leadership at agencies.

“Just because automation can minimize repetitive, manual tasks, that doesn’t mean we should automate an ineffective process just because it’s easy or you hate doing it. We should continue to aspire to design better processes,” Kent said.

Kent added that agencies might fall back on “stopgap” solutions when first rolling out RPA tools, streamlining the business processes they already have in place. But the real transformation, she said, happens when agencies take the time to rethink how they approach tasks and interagency collaboration.

“This not only changes the nature of work. It changes how we work together,” Kent said.

RPA pilots so far have become a quick win for agency management looking to cut backlogs and reduce the bottlenecks in rote tasks. But they’ve also become a lucrative sales pitch for the government contracting community. Weichert, a former principal at the consulting firm Ernst & Young, said RPA in government became “a sure thing from a sales standpoint” prior to joining the government, and has only gained momentum since then.

“It was selling like hotcakes because it was low-cost. It helped reduce burden and improve service quality, and you could do it without a big capital ask that would have to go all the way up a decision-making pipeline, and you could generate savings very quickly,” Weichert said.

Kent called RPA a “success story waiting to happen” in government, one that’s been “well-proven” through several pilots, but said agencies need to continue experimenting with RPA use cases to gain more of a critical mass in government.

“Take on pilots rapidly. That is going to advance the skills across the business, the technology and the workforce teams. Be aggressive in how we move forward in this space. It lays an important foundation with where we’re going broadly around transformation across the board,” Kent said. 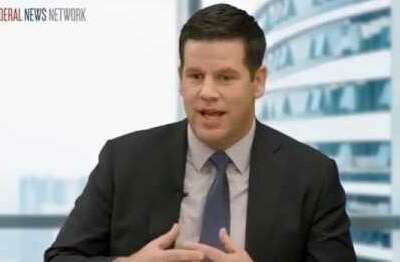 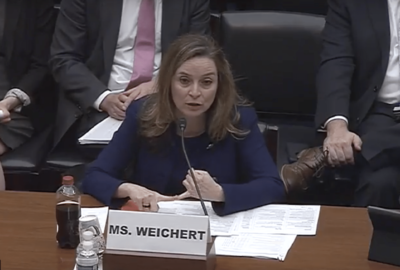