Agencies have seen recent IT investments pay dividends during the coronavirus, putting them in a better position than the rest of the government to maximize telework, keeping up with the demand for public-facing services to ensure continuity of operations.

But as the pandemic increases the volume of work for federal employees to address, agencies fielding robotic process automation, machine learning and artificial intelligence tools find themselves in a better position to keep business running as usual.

Agencies have seen recent IT investments pay dividends during the coronavirus, putting them in a better position than the rest of the government to maximize telework, keeping up with the demand for public-facing services to ensure continuity of operations.

But as the pandemic increases the volume of work for federal employees to address, agencies fielding robotic process automation, machine learning and artificial intelligence tools find themselves in a better position to keep business running as usual.

The Patent and Trademark Office has maintained a flexible telework policy for years, and has kept most of its workforce running during the pandemic.

But so far in the agency’s RPA process, Rajeev Dolas, the acting director of USPTO’s Office of Organizational Policy and Governance, said the “low-hanging fruit” for automation at the agency comes from employees running attended bots on their laptops during work hours.

During a panel discussion at the Advanced Technology Academic Research Center’s (ATARC) virtual conference  on emerging technology, he said the next step for USPTO is building “intelligence behind this automation.”

“Eventually, we want to take them off of the users’ computers, and take them and put them in a centralized area where we can properly govern the execution of these bots,” Dolas said. “We want to make sure that there’s appropriate logging and authentication mechanisms put in place, as well as governance for ensuring that the bots are not running amok and doing things they should not be doing.”

USPTO taking this next step in its automation journey would put it in the ranks of leading adopters of RPA in government, including the General Services Administration, which has fielded more than four dozen bots, and NASA, which has rolled out six unattended bots and has another six going through testing and development.

Mitch Winans, a special assistant with the IRS’ Office of the Chief Procurement Officer, said automation of “rules-based, well-documented processes” remains a good place for agencies to get started with RPA.

Beyond the procurement shop, much of that work resides in agency back-office functions such as human resources, IT, financial management and legal counsel.

The IRS in September 2018 stood up a bot that handles contractor responsibility determinations. The bot runs standard procurement compliance check, used to determine whether a vendor remains in good standing before the agency awards a contract.

To complete this check, employees need to check several public databases and check for potential red flags, such as whether a company is suspended or debarred. This process normally takes an employee two hours to do, but the bot can complete it in about five minutes.

Beyond reducing the workload on employees, Winans said the agency’s use of RPA has increased compliance and more consistent reporting.

Krista Kinnard, the director of the General Services Administration’s AI Center of Excellence, said the added workload from the pandemic raises the profile of automation, but added that agencies shouldn’t sacrifice quality for speed and efficiency.

While agencies that have fielded chatbots and AI-powered call centers can handle a greater call volume during the pandemic, Kinnard said employees remain the best option to handle some tasks.

“There are times when you do need that human level of interaction, but there are also times when we can really use artificial intelligence as a tool to enable those human interactions,” she said during a keynote address. “Things like fraud, identification and prevention, which I know is another really important element of responding to emergencies like we’re in now.”

Meanwhile, at the Defense Department’s Joint AI Center, the biggest hurdle to AI development and privacy comes from the silos created around data.

Sunmin Kim, the JAIC’s AI policy chief, said the agency may, for example, have data-sharing agreements with more than 70 different data owners, all within DoD.

“It’s important that we have that relationship with each of the data owners, but obviously, that is not maybe not the most efficient way to do things, especially when you’re talking about actually using the data for operational use or actually transforming the data in any way,” Kim said in a keynote speech. “There’s a lot of policy work that we could be doing around data sharing, and how do you efficiently share data or give access to data for algorithm development.”

Privacy remains another hurdle for the fielding of AI, especially when algorithms depend on pulling from huge stores of training data. Ensuring privacy, she added, can be difficult when it remains unclear what data will do to a given algorithm.

“Most of our federal privacy regime is sort of rooted in [the idea that] you taken as little data as you need to do what you really need to do. That’s been a hard thing for us to navigate, as we’re making sure that we’re building privacy, first and foremost, into all of our data, data aggregation and algorithm development,” she said. 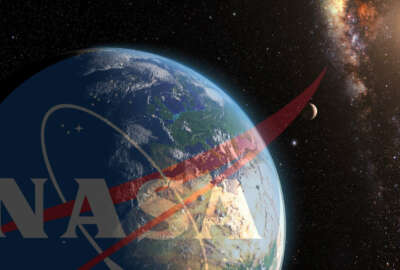 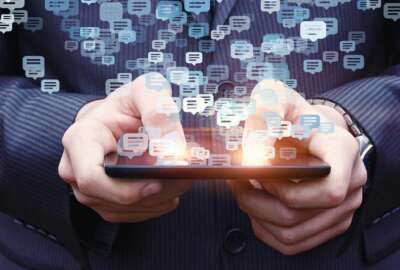 Could RPA double the current productive capacity of the federal workforce?