The White House on Friday added another twist to the 2018 appropriations process, 20 days before the current continuing resolution is set to expire.

In submitting its request for another $44 billion in disaster aid to pay for ongoing recovery and relief efforts from multiple hurricanes and wildfires in California, the Office of Management and Budget is looking to civilian agencies to offset spending.

Proposed offsets total $59.2 billion. Most of that total would come from lifting mandatory spending caps for the next two years under the Budget Control Act of 2011, which OMB estimated is worth about $44.4 billion.

The rest of the proposed offsets would come from a variety of civilian agency projects, such as the Education Department’s student financial aid program or the Agriculture Department’s farm security and rural investment program.

Not all of OMB’s proposed offsets would necessarily fund hurricane relief efforts directly.

“The administration believes it is prudent to offset new spending,” Office of Management and Budget Director Mick Mulvaney wrote Friday in a letter to Congress. “These offsets include the cancellation of unobligated balances that are no longer needed for the purposes for which they were appropriated, as well as for projects and activities that are not as high of a priority as responding to this year’s hurricanes in a fiscally responsible manner.”

According to OMB, many of the suggested offsets were already detailed in the president’s 2018 budget request. If appropriators have included those programmatic cuts in their appropriations bills for 2018, the Trump administration said it will work with congressional leaders to find more offsets, if needed.

It’s likely the White House will come back to Congress with another request for emergency funding. The administration is still evaluating the damage from Hurricane Maria in Puerto Rico and the U.S. Virgin Islands, and it typically takes at least 60 days to develop initial cost recovery estimates and 90 days to produce more reliable estimates after a hurricane hits, Mulvaney said.

“Federal agencies and the affected states have been working diligently to collect the information needed and have been able to generate these cost estimates for areas impacted by Hurricanes Harvey and Irma,” he wrote. “As a result, this request includes costs of repairing federal property, replacement of lost or damaged equipment, and, in a limited number of cases, extraordinary personnel costs that cannot be absorbed within current appropriations, for all the Atlantic hurricanes.”

The majority — or $25.2 billion — of the $44 billion request would go to the Federal Emergency Management Agency and Small Business Administration for “traditional disaster relief,” Mulvaney said. Another $4.6 billion would cover repairs and replacements of damaged federal property and equipment, and $12 billion for the Community Development Black Grant Disaster Recovery Program, which the administration said it would competitively award to states and territories for future flood mitigation projects.

The White House so far has spent more than $50 billion on disaster relief and recovery efforts, and this is the administration’s third major supplemental emergency funding request this fall.

The president previously signed two other bills into law, which appropriated $15.3 billion and another $20.5 billion for disaster relief and recovery projects.

Lawmakers have little time to consider the president’s supplemental disaster funding request and finish their work on a budget for the rest of fiscal 2018. The current continuing resolution expires Dec. 8. 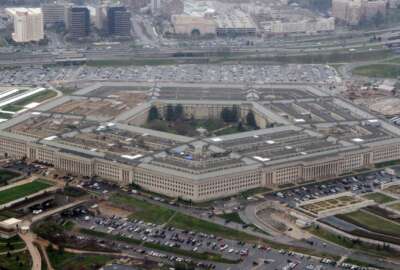 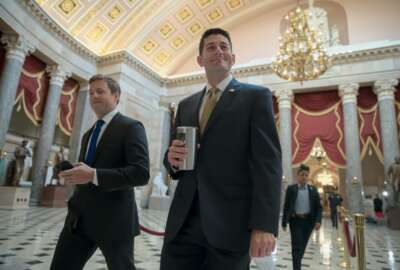 Civilian agency cuts in House spending bill are deep, not as drastic as Trump’s proposal 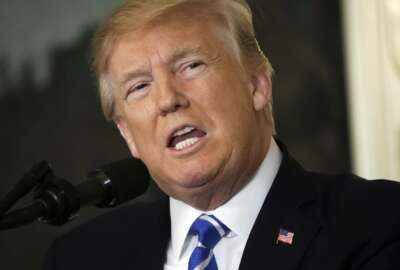