The seemingly ever-present threat of government shutdown is looming once again over Washington, but this time, an even more sinister word is lingering around the edges of the dialogue: sequestration. So why is it coming up now, and what do you need to know about this budgetary boogeyman?

In 2011, concerned about a rising federal deficit, Congress passed the Budget Control Act. It created the Joint Select Committee on Deficit Reduction, and charged the committee...

The seemingly ever-present threat of government shutdown is looming once again over Washington, but this time, an even more sinister word is lingering around the edges of the dialogue: sequestration. So why is it coming up now, and what do you need to know about this budgetary boogeyman?

In 2011, concerned about a rising federal deficit, Congress passed the Budget Control Act. It created the Joint Select Committee on Deficit Reduction, and charged the committee with creating a $1.2 trillion deficit reduction plan. In the event of the committee’s failure, it also created a backup plan that placed caps on discretionary spending for both defense and non-defense programs for every year through 2021, although it was later extended to 2023 in the Bipartisan Budget Act of 2013. It also required across-the-board cuts to the baseline budget each year; in 2018, those cuts are 8.9 percent for Defense, and 6.7 percent for non-defense. Cuts in subsequent years would be slightly smaller:

Most mandatory spending priorities, like Social Security, Medicaid, veterans benefits and most programs benefiting low income individuals are not be affected by sequestration. Some, like Medicare Part D, are subject to cuts, but those cuts are capped at 2 percent. And a handful, like the mandatory portions of Customs and Border Protection’s budget, would see much larger cuts.

The Joint Committee failed to come up with a compromise, so in 2013 the backup plan, known as sequestration, took effect.

So why is it coming up again right now?

The Bipartisan Budget Act of 2015 raised the budget caps for FY 2017, bringing the baseline defense budget to $551 billion, and the non-defense baseline to $519 billion. But the caps for FY 2018 are $549 billion and $516 billion, respectively. So if a continuing resolution directly applies 2017 funding levels to the 2018 budget, it would automatically exceed the sequestration caps by $2 billion for defense and $3 billion for non-defense.

“Members of Congress still haven’t decided how much to increase these sequester spending caps, which will actually kick in in a few weeks. If the decision isn’t made, whether they make a decision or not, the sequester would actually happen. Some spending cuts would actually take place,” Roll Call Senior Editor David Hawkings told the Federal Drive with Tom Temin.

So if we’re already subject to the sequester caps, and exceeding those caps and triggering sequestration simply reduces the budget to meet those caps, why does it matter which path Congress takes?

Simply put, if Congress voluntarily keeps the budget below sequester caps, it does so through targeted cuts, picking and choosing what programs to defund and which ones to continue forward with. Sequestration would cut all programs equally, from the most important to the least.

But that’s probably not going to happen, at least on account of a continuing resolution, according to Todd Harrison, a senior fellow at the Center for Strategic and International Studies.

“The CR that they’ve passed so far this [fiscal] year, the three CRs that have already been passed, they included a provision in there with a tiny percentage reduction to keep it below the budget caps so it wouldn’t trigger a sequester. Presumably, if they pass another continuing resolution, they will do the same thing, and they will keep it below the trigger point for triggering a sequester,” he told the Federal Drive with Tom Temin.

The Continuing Appropriations Act, passed in September 2017, opened FY 2018 by continuing the budget levels of FY 2017, minus 0.6791 percent, just enough to bring both defense and non-defense spending under the sequester caps.

But the bigger question, Harrison said, is when will Congress pass a regular budget? And if they do, will they increase budget caps? The 2018 National Defense Authorization Act slated $626.4 billion to the Defense Department’s base budget, well above the 2018 sequestration cap.

That’s sure to trigger some anxieties in Congress, Hawkings said. Republicans are split on the issue; while most want to increase defense spending, fiscal hawks don’t want to increase domestic spending, while others are willing to do so in order to achieve the defense increases. Meanwhile, Democrats are fairly united in calling for domestic spending increases that equal defense.

The Office of Management and Budget stated in its report on FY 2018 that if the caps don’t get raised, sequestration is assured. 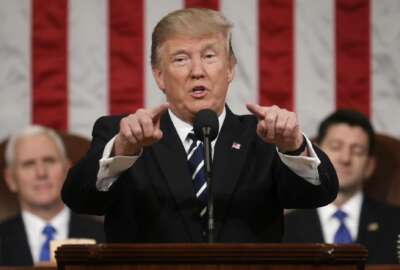 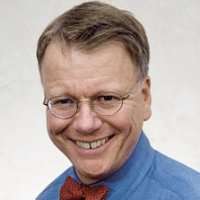 David Hawkings: Gauging the chances for another CR 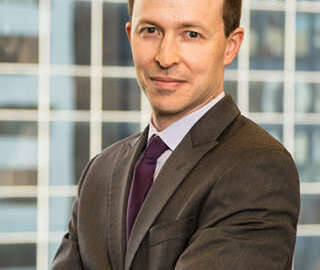 Todd Harrison: Another CR isn’t a sure thing