Pandemic response legislation has given CBO a lot to do

What a year to be director of the Congressional Budget Office. No one imagined what would soon strike the country. The pandemic caused Congress to think big and that resulted in an extraordinary workload for the teleworking CBO. With more from the inside, Federal Drive with Tom Temin spoke with CBO Director Phillip Swagel.

What a year to be director of the Congressional Budget Office. No one imagined what would soon strike the country. The pandemic caused Congress to think big and that resulted in an extraordinary workload for the teleworking CBO. With more from the inside, Federal Drive with Tom Temin spoke with CBO Director Phillip Swagel.

Tom Temin: Mr. Swagel, good to have you on.

Phillip Swagel: Yeah, Tom, thanks very much. It’s a pleasure.

Tom Temin: I’m trying to get my mind around an extra couple of trillion dollars in spending, which the government didn’t really have. Say it printed it. And tell us what did you have to do to – what did Congress ask of you, as it was pondering the CARES Act and some of the other bills?

Phillip Swagel: CBO has been working hard to support the Congress, and that’s what we do. We support the members of Congress as they formulate policy and then turn their ideas into legislation. And we do that at all stages. So first, while members of Congress were considering what to do, we provided technical support. And so we have incredible analysts, you know, working on all the different pieces of the legislation. So for example, the unemployment insurance where the various bills have changed the benefits, increase the benefits temporarily and widen the scope of unemployment insurance. We have a fantastic UI analyst who was working with a congressional staff to help them understand, you know, how their legislative language translated into action. So that’s at the development of legislation. And then, of course, once the legislation is in language, you know, statutory language, then we do a cost estimate. And we’ve done a number of those both for the four bills that have been enacted, and then the HEROES bill, which is passed by the House. And of course, as the Senate acts, we will provide support for the Senate as well.

Tom Temin: And what did you determine those four bills through the CARES Act actually did cost?

Phillip Swagel: Oh, well, that, as you said, that’s in the multiple trillions. We are putting out a document I hope by the end of this week, that will go through all of them and tally them all up together. The details of each bill arranged by area so somebody who wants to say, you know, looking across all the legislation, what was done with unemployment insurance? For example, that document will show that. And so it’ll be, of course, multiple trillions of dollars.

Tom Temin: Sure. And CBO also does a lot of what I would call econometric modeling and some of the reports that are released throughout the year. And they’re really great argument enders. Because when people say, “Well, this is going to happen,” I say, oh, go look at the CBO numbers and then come back, so we can agree on the facts here. And did you do any of that kind of modeling – the long term effects on the economy of this kind of couple of trillion-dollar injection, which could be inflationary because it’s printed money, or it could be what?

Phillip Swagel: So we do that analysis. We’ve done some of that along the way. And now, you know, the major legislation has been enacted. And of course, it could be more but with the major legislation enacted, we are taking a step back to do this broader analysis to look at the effects of what’s been passed on the economy. And then of course, that will have a feedback to the federal budget, which ultimately is our focus. So we’ve done some of that and some of that has been incorporated in, for example letters that we sent. Or I sent the letter to Speaker Pelosi, I sent one to Senate Minority Leader Schumer and the ranking member of the Budget Committee Bernie Sanders, another one to Senator Grassley, is the chair of the Finance Committee. So these are various letters on the questions that they ask. And our analysis is embedded in there. And as you say, we have more to come. Can I just add one more thing here? In a sense we’re conventional wisdom, and that is in the positive, good sense of conventional wisdom. We’re trying to use the research literature and look at the best evidence and the most updated evidence. But we’re trying to be in the middle of the distribution of possible outcomes, you know, for any economic impact, recognizing that, of course, there’s uncertainty and especially today, given the pandemic there’s especially considerable uncertainty, but that’s what we’re trying to do in our research is be in the middle of the distribution of possibilities.

Tom Temin: Well, let me ask you this – I’ll make a analogy to a grocery store. There’s a meat counter and it has a scale that can handle up to maybe 25 pounds. If you put it whole steer on that scale, that won’t work anymore. Do your modeling tools take into account an extra couple of trillion dollars? Or does this take everything off the scale and you’ve got to rejigger the models?

Phillip Swagel: No, it’s a really good question. And the analogy works exactly. I have a good sense through existing modeling frameworks, you know, so the effect of these trillions of dollars of additional federal spending and additional federal borrowing, what’s the effect of that on deficits and on financial markets, we can look at that we can look at Treasury yields, interest rates and see that the Treasury has been able to fund this additional borrowing relatively easily. We can look at what the interest costs are going forward. What’s the long term effect on the economy? That is harder to know. We know our debt to GDP ratio has gone up and will go up. As a result, both of the increased spending, lower taxes and then also slower growth. What is the effect of that on the economy? That is something we’re looking carefully at. One thing I can say is it makes us more vulnerable, that even though interest rates are low today, and the Treasury is funding that borrowing relatively smoothly, it means that as interest rates in the future do go up, the higher debt to GDP ratio makes us as a nation more vulnerable.

Tom Temin: Yes, because that time bomb, as some have called it, of interest rates could really make the debt service the largest item in the budget.

Phillip Swagel: That’s right. And right now, the debt service is relatively modest. You will it displace all the other activities, the federal government? Well, if interest rates go up, that becomes a concern. And again, that would lead to policymakers having to make difficult choices, whether on the spending side, on the revenue side – you know, and those choices are not for the CBO to make, right? We will provide the analysis, but ultimately, of course, it’s up to members of Congress, and policymakers to decide.

Tom Temin: We’re speaking with Congressional Budget Office Director Phil Swagel, and what was it like doing all of this extra work with everybody scattered and not in the offices because I imagine what you do is highly collaborative.

Phillip Swagel: It is. And that’s been something that’s been helpful in a sense is the culture of CBO. And it’s something that was established by Alice Rivlin at the beginning, right? The founding director of the agency instilled this collaborative culture, and that has translated virtually. So like many people, we spend a lot of time on video calls, conference calls and things like that, and do lots of work sharing files by email and through our network. And it has worked, right? It’s not the same as being in person. I’m not sure I expected to say this, but I miss the Ford House Office Building. Just – anyone who’s been there understands why I’m saying that. Obviously, I miss the building, I miss the people, right, from the Capitol Police officers who who keep us safe. The people in the cafeteria, you know – so that everyone that – people were cleaning. As the pandemic, you know, spread were cleaning the doorknobs cleaning the stairs, the banisters. So I miss all of that. The CBO has continued to work effectively through the disruption. It’s something I think the agency can be proud of.

Tom Temin: And I guess you’ve seen some things that a lot of people had never seen before. And that’s the insides of members of Congress’ homes. I’ve seen a few.

Phillip Swagel: Oh, yeah. Right on Twitter, right, there’s the @ratemyskyperoom account, which can be just hilarious sometimes. And so yes, we all are seeing new things. And you can see, you know, if we were on a video call, and so the radio you’d be able to see, you know, welcome from my dining room. So that’s something I think all of us are getting used to now.

Tom Temin: And we should tell listeners that you and I are on a video call at the moment. We’re not recording the video but we are looking at each other and I think that does kind of enhance the interaction. Also in the midst of all this you celebrated one year as director, blogged about it. You kind of like this job, don’t you?

Phillip Swagel: It is super interesting. You know, someone who’s interested in policy, interested in economics and interested in observing the politics, right – obviously CBO stays well outside of the politics. But it’s something that, of course happens all around us. And it’s just a fascinating job. There’s incredible people. You know, we talked a moment ago about the culture of the agency. And it’s, of course the culture arises because of the people at the agency, and it’s just a fantastic place.

Tom Temin: Phil Swagel is director of the Congressional Budget Office. Thanks so much.

Tom Temin: We’ll post this interview along with a link to his latest blog at FederalNewsNetwork.com/FederalDrive. Subscribe to the Federal Drive at Apple Podcasts or Podcastone. 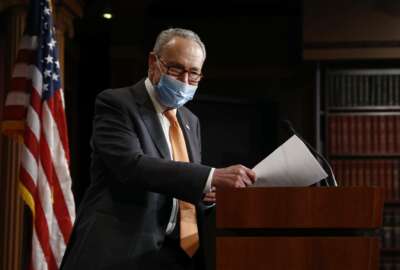 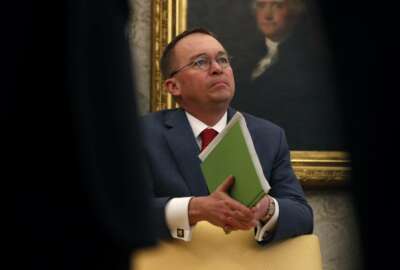 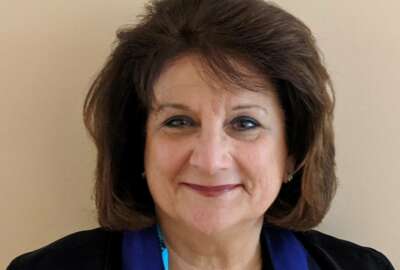