Is there still a hiring freeze?

With President Donald Trump’s hiring freeze lifted, many feds expected a rush of hiring to begin. If you are familiar with past hiring freezes, that idea makes sense. In earlier freezes, agencies continued advertising jobs during the freeze, then rushed to make offers as soon as possible after the freeze was lifted.

Those freezes differed from today, because agency heads typically wanted to staff up their agencies. With this administration, there are many agency heads who are more interested in reducing the size of their workforce. Couple that with a 2018 budget proposal that called for massive cuts in some agencies, and the result is something we might term as a hiring slush. It isn’t quite frozen, but it isn’t quite thawed.

Federal News Radio reported that the Environmental Protection Agency is continuing the freeze and planning for buyouts and early retirement. In a memo from Deputy Secretary Robert Work, the Department of Defense lifted the hiring freeze, but issued guidance requiring DoD leaders to comply with the intent of the April 12 OMB memo and placing several restrictions on hiring. The memo requires DoD components to “scrutinize carefully all recruitment and hiring actions and undertake to recruit or hire only when such are wholly consistent with the principles, requirements and actions set forth in the OMB memorandum.” It further requires agencies subject to review or study as directed in the National Defense Authorization Act for FY 2017 to “assess, in advance of any recruiting or hiring action, whether the position should be filled in light of potential organizational and mission uncertainties.” The memo also requires all SES positions to be advertised internally to “all qualified sitting career members of the SES across the Department” prior to advertising outside of DoD.

The uncertainty Deputy Secretary Work referenced is one of the chief drivers of agency hesitation to fully thaw out the hiring process. Even though the FY 2017 budget agreement did not make large reductions in agencies, and actually increased the budget for DoD and a few others, agencies have no idea what their FY 2018 budget will be. The president’s budget proposal calls for significant cuts. Will the deficit hawks in the Congress prevail and enact sweeping cuts? Will the democrats succeed in forcing equal treatment of Defense and non-Defense spending? Will any agencies see 10 percent or 15 percent or even larger cuts?

No one knows the answers to those questions. While there are reports that some agencies (such as EPA) are planning to do buyouts and early retirement, Government Executive is reporting that even though OPM stands ready to approve such requests, they have not yet received any. That means a lot of employees feel like their agency is in limbo.

Their bosses may feel the same. If you are an agency head in an administration that is calling for your agency to take a big reduction, you probably are going to support the president. If you are a senior executive in the same agency, you may want to do more hiring, but be unable to reconcile what you want with the fact that your budget may take a big hit next year. Is it fair to your workforce to hire more permanent employees when the budget for next year may make you turn around and start pushing those new hires (and many of your current workers) out the door? For career executives and senior managers, it is a very tough call to make.

I have gotten a lot of questions from folks asking if I know when agency X or Y will start hiring again. The answer is that I do not know, but I expect this hiring slush to continue until we have some clarity on what kind of FY 2018 budget is going to emerge from Congress. If they do not support the large cuts the president proposed, it is unlikely they will support them in FY 2019 or later. That will give agencies the ability to hire, knowing that their budget is going to be relatively stable. On the other hand, if it looks like some agencies are going to take big hits, I would expect them to do limited hiring until they have a real budget for 2018. Given the broken congressional budget process, that is not likely to happen until very late in this calendar year, or maybe even next year. 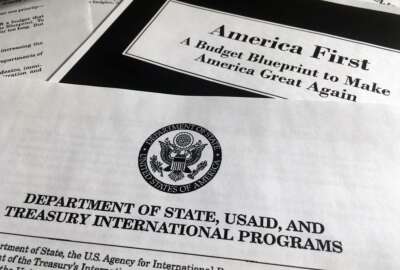 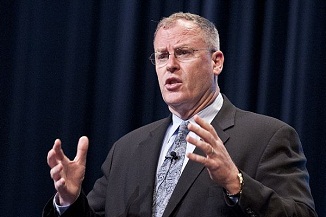