It’s safe to say that 2017 was a year with a lot of news. The change of administrations always generates news, and the news is even bigger when the change is from one party to the other. 2017 was a year that saw Republicans with control of the House, Senate and White House. With all of the...

It’s safe to say that 2017 was a year with a lot of news. The change of administrations always generates news, and the news is even bigger when the change is from one party to the other. 2017 was a year that saw Republicans with control of the House, Senate and White House. With all of the proposals from the right in recent years to cut the workforce, make it easier to fire people, change federal pay and more, it was safe to assume we would see a lot of action on civil service issues. Or was it? It turns out that Congress was focused on other issues and did not get around to large-scale civil service reform. Even so, there was plenty of news in 2017 that would be of interest to federal workers. Here, in no particular order, is my list of the top stories of 2017:

Hiring Freeze. Although the announcement of the hiring freeze was not unexpected, it was big news. Bringing hiring to a screeching halt, the freeze had broad impact across the government. The offices of Management and Budget and Personnel Management did a good job of answering questions about the freeze, but it took a long time for applicants and employees who had job offers in hand to know what was happening to them. As the freeze was gradually eased, we saw some agencies begin hiring more, but there are still agencies that have severely curtailed hiring. A few agencies (Homeland Security, Veterans Affairs, the OPM, the National Aeronautics and Space Administration, and Interior) grew, while most saw reductions in their permanent workforce. The biggest cuts as a percentage of the workforce were in Treasury, the Nuclear Regulatory Commission and the Federal Communications Commission. Even Defense lost civilian workers. The long-term effects of the freeze are yet to be determined, but for now it was, and is, a big deal.

VA Choice and Quality Employment Act of 2017. This bill may be an indication of the direction we will see Congress taking civil service reform in 2018. It includes expanded authority to declare shortage category positions, an Executive Management Fellowship Program to enable training of Veterans Affairs Department employees in the private sector and employees from the private sector to train in VA, annual performance plans for political appointees, expansion of direct hire authority for positions where there is a shortage of highly qualified candidates, reappointment of former VA career and career conditional employees in a position one grade higher than they last held, excepted service appointments of students and recent graduates, leading to conversion to a career or career conditional appointment, and more. The ability to hire students and recent graduates may make it far easier for younger applicants to get into VA. Given the government’s difficulty in hiring young people in recent years, that is a significant change. The expanded ability to fill shortage category jobs may also make a big difference.

VA Accountability and Whistleblower Protection Act of 2017. Like the previous item, this law could be an indicator of the direction for government wide civil service reform. It significantly strengthens the secretary’s ability to discipline and remove senior executives and makes big changes in the processes for dealing with performance and conduct issues. It provides the VA secretary with the authority to “remove, demote, or suspend a covered individual who is an employee of the Department if the Secretary determines the performance or misconduct of the covered individual warrants such removal, demotion, or suspension.” It reduces the period for notice, response and final decision to no more than 15 business days, with seven of those days be allocated to an employee’s response to the proposed action. Employees removed for performance reasons (rather than misconduct) under the provisions of the bill would not have the performance improvement period provided under 5 USC Chapter 43. The bill reduces the time for appealing actions to MSPB to 10 business days following the effective date of the action (from the current 30 calendar days), and requires the MSPB administrative judge to issue a decision within 180 days from the date of the appeal. As with senior executives, the burden of proof is reduced to “substantial evidence” from the current preponderance of the evidence. It also prohibits the Merit Systems Protection Board from mitigating penalties. All of those changes have the potential to increase the number of employees suspended or removed for misconduct or poor performance. I would be surprised if we do not see those changes expanded to the entire government within the next year or two.

Pay Raise. Some people were expecting Congress and the president to freeze federal pay again. The 1.9 percent average raise that took effect for 2018 was slightly less than the 2.1 percent that became effective at the beginning of 2017, but a raise is a raise. There are indications that a pay freeze may be in the works for next year, but for now both current federal workers and retirees are enjoying a little bump in pay.

Threatened Shutdown. Federal workers and contractors spent several months not knowing if there would be another federal shutdown. It seems impossible to believe that congress would allow that to happen, after the public beating they took following the last one. But, avoiding a shutdown requires Congress to get its act together and pass a budget and appropriations bills. Those basic tasks are one of the reasons we have a legislative branch, but it is apparently too hard to do on time. No one should be surprised if we continue to hear shutdown talk. Just a reminder to everyone, the last shutdown had an estimated cost to taxpayers of $24 billion.

President’s Budget Proposal. President Donald Trump’s proposal to make big cuts in the budgets of many agencies (such as the Environmental Protection Agency and departments of Agriculture and State) and to zero out some agencies (such as the Economic Development Administration, the Appalachian Regional Commission and the National Endowment for the Arts), scared a lot of people. Apparently, some Republicans in Congress were not impressed with the proposals, as the draconian cuts are not included in any of the budget proposals that are likely to be enacted. The fact that it is January 2018 and we still do not have a fiscal 2018 budget is another story. We should not be surprised if we see similar proposals in the 2019 budget the White House will propose. With 2018 being an election year, we should also not be surprised if those proposals do not become law.

Buyouts. The proposal to shrink many agencies resulted in the employees of some of those agencies being offered buyouts. The buyouts (still limited to $25,000 in most agencies) are popular with employees. The Department of Defense has a temporary authority that boosts buyouts to $40,000. Some feds who were thinking of retiring may be holding out because of the potential for buyouts and the hope that the increased buyout cap will be extended to other agencies. That bigger buyout hope may be warranted, as the Trump administration has proposed expanding the increased cap to all agencies.

Who knows what 2018 has in store for the federal workforce. We may see civil service reform, a pay freeze, a shutdown and more. Or we may see more gridlock in Washington. Whatever happens, ChiefHRO will be here to offer commentary and insights. For now, I will just wish all of my readers a happy and healthy New Year.

Freezing pay is not the answer 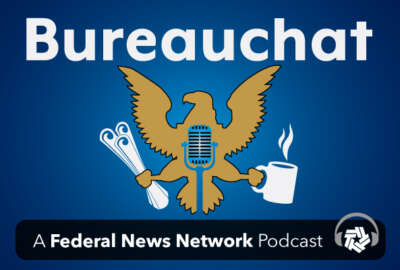