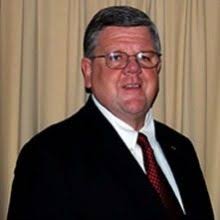 The House Veterans Affairs Subcommittee on IT Modernization recently held a hearing on the Department of Veterans Affairs electronic health record modernization (EHRM) program to assess progress to date. The hearing was remarkable on several levels but perhaps the most remarkable was the bipartisan and positive support for this program from both sides of the aisle. Congress clearly wants this program to succeed and wants to be as helpful as possible.

Despite this positivity, every...

The House Veterans Affairs Subcommittee on IT Modernization recently held a hearing on the Department of Veterans Affairs electronic health record modernization (EHRM) program to assess progress to date. The hearing was remarkable on several levels but perhaps the most remarkable was the bipartisan and positive support for this program from both sides of the aisle. Congress clearly wants this program to succeed and wants to be as helpful as possible.

Despite this positivity, every member of the committee raised serious concerns about this 10-year, $16 billion program which is now in its 18 month. The chairman of the subcommittee, Rep. Jim Banks (R-Ind.), questioned how a program that has not yet reached a single major milestone could now be $350 million over its approved budget. He raised an alarm about Cerner’s current inability to deliver community care interoperability and the lack of a VA plan to achieve it.

Rep. Phil Roe, (R-Tenn.), a physician, warned repeatedly about the significant impact a project of this scale and scope would have on patient care under the best of circumstances. Rep. Conor Lamb (D-Pa.) gently probed how workflow issues were going to be dealt with by the VA, and whether or not the concerns expressed by the VA workflow councils made up of Defense Department and VA clinicians would be resolved, and by whom.

The very candid answer he received from the Cerner representative on the panel was telling in that he advised Lamb that this issue would have to be resolved between DoD and the VA.

All of these issues and several more are what Banks called the “middle of the beginning” of this program are very troubling. I would liken this hearing to the several people on the Titanic who warned the captain that there were an unusually high number of large icebergs along their route, and the captain telling them that this ship is unsinkable and that in any event no ship has ever sunk while under his command.

One of the benefits of getting old is that you have a large store of first-hand experience. So, I have seen this debacle play out several times before in my career.

This is VA’s infamous COREFLS debacle on steroids. COREFLS was a $250 million failed attempt to force massive business process change from the top down without regard to the needs and concerns of the end user.

All of the ingredients for a repeat are here. This whole program is premised on a lie. The lie is that VistA is broken. It is not. It needs modernization. Times are changing, requirements are changing, medicine is changing and technology is changing. When that happens, the responsible thing to do is to evaluate the modernization of VistA versus the buying of a commercial product.

That has never honestly occurred. Instead an ill-informed and or uninformed decision was made that said buy commercial-off-the-shelf (COTS).

That is ingredient 1: Bad decision(s).

Ingredient 2: Either through ignorance or a desire to protect a bad decision repeat the underlying lie until it becomes “common knowledge” that the lie is true.

Ingredient 4: Get uninformed and/or misinformed leadership to buy in by having them repeat the lie and the bad decision, hopefully under oath, so that even if they become informed, they own the bad decision and must defend it.

Ingredient 5: Throw good money after bad in a futile attempt to drag the bad decision across the finish line, continually extend the finish line and gradually lower expectations on results.

Ingredient 6: Everyone responsible for the lie and the bad decisions declare success and leave, blaming any problems on the bureaucracy.

Ingredient 7: Bring in outside experts to analyze the debacle and make recommendations on how to prevent it from ever happening again.

Ingredient 8: Reward the guilty and blame the innocent.

Ingredient 9: Make sure that no one either pays any attention to the analysis or that they take away the wrong message from the analysis and report.

And of course, ingredient 10: Repeat over and over again.

Despite powerful and surely sincere promises from VA’s EHRM program leadership, nothing said at this hearing should give anyone any degree of confidence in the outcome of this program.

Letter to the Editor: Let the record show I told you so about VA

All of the ingredients for failure are present. The VA and Cerner technology will not support the transactional workload that will be needed to support a very large and complex enterprise system. Cerner cannot demonstrate a single instance where their system currently supports anything like the scale, scope and complexity of either the DoD or VA environments.

The fatal flaws of this program are all there to be seen. VA’s Office of the Inspector General and the Government Accountability Office will at some point recommend pausing this program for reevaluation and then shutting it down. Congress will convene more hearings and eventually they will shut this program down. The only question is how many billions of dollars will have been wasted and how much damage will have been done to veterans, the VA and DoD healthcare in the meantime.

Edward Meagher recently retired after 24 years in government, 26 years in the private sector and four years in the U.S Air Force. He served for seven years as the deputy assistant secretary and deputy CIO at the Department of Veterans Affairs. Ed divides his time between his own executive consultancy, VETEGIC, LLC and extensive involvement with several veteran focused organizations including his own Service Member Support (SMS) Foundation.