Two years ago, I retired after a 30-year career split evenly between the military, government service and private industry.  Those who know me best will say that I had my fair share of faults, but intentional bigotry was not one of them.

However, the reality is that for 30 years I acted in ways that helped to systematically deny opportunities to good, hard working people based on where they lived, what schools they attended, the...

Two years ago, I retired after a 30-year career split evenly between the military, government service and private industry.  Those who know me best will say that I had my fair share of faults, but intentional bigotry was not one of them.

However, the reality is that for 30 years I acted in ways that helped to systematically deny opportunities to good, hard working people based on where they lived, what schools they attended, the quality of their grammar and several other factors, that, by extension, all equal what they looked like. I was, in fact, an accidental racist.

When I first got out of the military and went into private industry, I helped start and manage multiple companies. Between that and my time in government, I hired hundreds of people, and, despite all the controls that theoretically prevent it, I know from experience that I made the same mistakes in government that I did in private industry.

Looking back at it now, I realize how wrong all of these things were. I realize that I effectively denied people of color the ability to compete on a level playing field for jobs in my companies and the government organizations I led.

We will never solve the problem of unequal justice in America, if we do not first correct the economic disparities that inevitably lead to that inequity, and the conflict and violence it precipitates. As long as a subset of people are economically disenfranchised by a system that does not provide for the basic needs of all people, regardless of what they look like, who they love, how or if they choose to pray, or any other individual attribute that makes them the unique and wonderful person God created, we will never truly fix any of the problems we see exploding throughout our country, and we will never live up to our truest potential as a people.

The first critical step in creating a society with less economic disparity is to create a society with equal economic opportunity, and every decision you make as an executive has an impact on how equal those opportunities are within your organization. Looking at it now, I realize I failed miserably on this account, and nothing I do will ever make it right. However, what I can do now is publicly apologize in a way that shines a light on my misdeeds as an example for younger executives following in my path.

So, this is my message: Take a hard look at how you make selections, not just for initial hires, but for promotions, career development programs, special training, etc. Thoroughly review every step in your process asking yourself: How can I remove systemic and unconscious bias from this process?

We can’t all play a direct role in fixing every problem our country faces, but many of us play a much bigger part than we think in either maintaining or changing the underlying economic disparity that leads to most of those problems.

Don’t be an accidental racist.  Do your part now by fixing your organization’s hiring, program and promotion selection processes.

Joe Paiva enlisted in the Navy after high school and served 10 years active duty and 25 years in the reserves before retiring as a lieutenant colonel. Paiva started and helped start more than half a dozen companies, including taking one public. Serving in senior leadership positions during both the Bush and Obama administrations, Paiva retired as CIO of the Department of Commerce’s International Trade Administration.

98 days and counting, will federal hiring ever get easier? 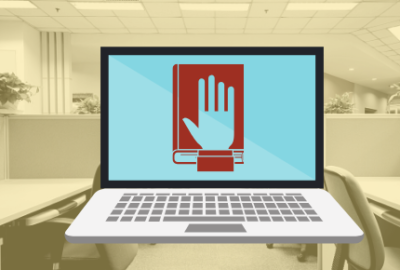 Now the question is when, not how, to fix federal hiring