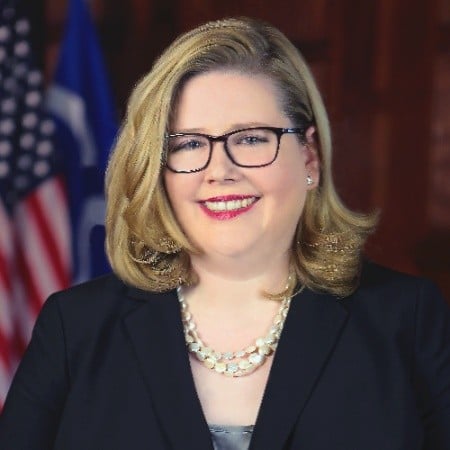 Over the past 40 years, the Small Business Innovation Research (SBIR) program has contributed substantial innovations in the defense, civilian and private sectors. It allows for small federal investments in research and development (R&D) with small businesses through a phased, competitive process. The dollar amounts are relatively modest: $50,000 to $275,000 in Phase I, and $750,000 to just over $1.8 million in Phase II. Yet the results speak for themselves: companies such as iRobot, Sonicare...

Over the past 40 years, the Small Business Innovation Research (SBIR) program has contributed substantial innovations in the defense, civilian and private sectors. It allows for small federal investments in research and development (R&D) with small businesses through a phased, competitive process. The dollar amounts are relatively modest: $50,000 to $275,000 in Phase I, and $750,000 to just over $1.8 million in Phase II. Yet the results speak for themselves: companies such as iRobot, Sonicare and Symantec are household names. Per the Small Business Administration, 70,000 patents and 700 public companies have resulted from the program. A recent study by scholars at Rutgers and the University of Connecticut looked at SBIR awards at the National Science Foundation and found that the SBIR program allowed the government to select risky but high impact ventures.

Despite this success, the SBIR program is set to expire on Sept. 30, and the path to reauthorization is unclear. Congress and the Biden administration must find a way to reauthorize this critical program. In doing so, there are three ways Congress can strengthen SBIR’s effectiveness.

First, make the Phase III of the SBIR program more transparent. When a Phase II SBIR award delivers a useful result, agencies are allowed to make Phase III awards: direct awards for that technology, or a requirement that a prime contractor subcontract for that technology. However, these awards are not tracked in the Federal Procurement Data System (FPDS), in USASpending or in the subcontractor reporting system. This means there is no repository of Phase III awards or eligible technologies.

Indeed, we do not even know how many Phase III awards are made, or the types of companies receiving Phase III awards. The best data available is from the General Services Administration. After seeing the success of the program due to my work on three prior SBIR reauthorizations and my time with the Small Business Administration, during my tenure as GSA administrator, I launched a program where GSA made Phase III awards on behalf of other agencies. The program has been very successful: from May 2018 to December 2021, it awarded over $6.9 billion in Phase III assisted acquisitions to a highly diverse group of companies on behalf of other agencies.

In the reauthorization, Congress should require agencies to track Phase III awards. Better data would allow agencies and companies to better navigate the program and assess the success of various waiver programs, provide policy makers with the information needed to improve the program and promote the reuse of successful approaches across the government. At a minimum, prime and subcontracted Phase III awards should be tracked by price, contract method, the SBIR company and the SBIR innovation used.

Second, after making it easier to find Phase III awards, Congress should create a database or portal in order to make it easier for agencies to access the results of Phase I and II awards. According to the National Defense Industrial Association’s Vital Signs 2022 report looking at the health of the industrial base, “[t]here is universal agreement that, if the U.S. wants to ensure its competitive edge over peer competitors  . . . it is crucial to maintain technological superiority” and that this will require the “development and integration of these critical technologies into our defense systems with the necessary funding levels, and in a timely manner.” The need for rapid innovation and deployment is equally present in health, manufacturing, cybersecurity, energy and numerous other sectors. With competition occurring at the Phase I and Phase II stages, the SBIR program’s Phase III awards can deliver fast and focused results, but only if agencies know where to look.

Unfortunately, many agencies are unaware of what solutions are available through the SBIR program, including those agencies with Phase I and Phase II authority. This is further exacerbated when the SBIR-developed technology has uses at other agencies. This leads to what small businesses refer to as “the valley of death,” where promising technologies cannot surmount appropriations and acquisition obstacles to make it from Phase II to Phase III and drop out of the federal market.

During a recent webinar I hosted for George Mason University’s Center for Government Contracting, one contracting officer stated that she regularly looks through the abstracts available at SBIR.gov to seek technologies, but acknowledged that these abstracts refer to the research topics proposed prior to a Phase I or Phase II award, not the results. If the outcomes of Phase I and Phase II R&D were available, or if there was a better way to survey prior SBIR awardees, promising technologies could be resurrected and used to solve pressing challenges. Therefore, in the reauthorization, Congress should make it easier for contracting officers to conduct market research among prior SBIR awardees and creating a portal where those firms may share their results and possible applications.

Third, Congress should make the SBIR program permanent. This is a program that has enjoyed longstanding bipartisan support and was championed by former Sen. Ted Kennedy (D-Mass.) and President Ronald Reagan. Yet every few years the future of the program is at risk due to a protracted reauthorization process. Over the past decade, the program had a series of short-term reauthorizations. It was only in 2016 that Congress successfully authorized the program until Sept. 30, 2022.

However, despite legislative reauthorization efforts, there is no clear path forward for reauthorization. Given the lag in appropriations this year, contracting officers are already under enormous pressure this year. New Phase I and Phase II periods of performance will not be completed before this date, so agencies may choose to pursue a wait and see approach to making these awards. Small businesses looking for funding are likely to be suspicious of putting their efforts towards a sunsetting program. Time sensitive R&D will be postponed. This only exacerbates the valley of death, making it harder for small businesses to compete and for agencies to benefit from that innovation. After 40 years, it is time to remove this impediment to the program’s success and make it permanent.

Emily Murphy is the former administrator of the General Services Administration with 16 years of federal service including nine years working for Congress on acquisition issues and time managing the government contracting programs of the Small Business Administration.  A member of the board of advisors for Vita Inclinata, which successfully commercialized a previous SBIR award, she also currently serves as a senior fellow with the Center for Government Contracts at George Mason University’s Business School, as a partner at CEO Coaching International and as a board member, consultant or advisor to several companies.

The pulse of small business contracting