The only clear answer a panel of legal experts could offer House lawmakers on the subject of impeachment is that it is an extraordinary measure and should not be undertaken lightly.

“[History] holds us all accountable. If the House or anyone else missteps, history is a cold-hearted judge,” said Michael Gerhardt, professor of constitutional law at the University of North Carolina School of Law.

The House Judiciary Committee is considering whether to begin impeachment proceedings against IRS Commissioner John Koskinen as part of the continued fallout from the agency’s 2013 targeting scandal. The committee heard from four experts — two law professors, one current and one former attorney — to determine the answers to two questions: who can be impeached? And what can they be impeached for?

The answers came down to this: the House could essentially impeach anyone it wants for whatever reasons it deems justified, but the real question is whether it should.

“Impeachment is not a means to express your adverse positions,” Turley told the committee June 22. “It’s not there for cathartic expression by Congress.”

Could the House impeach?

The specific constitutional standards for impeachment, several lawmakers pointed out, are rather vague — treason, bribery, and other high crimes and misdemeanors. That, some argued, leaves a lot of room for interpretation.

Andrew McCarthy, a former assistant U.S. attorney, said that gross negligence, breaches of public trust and dereliction of duty should be impeachable offenses.

“The framers were deeply worried that maladministration, including overreach, lawlessness or incompetence could inflate constitutionally limited executives into authoritarian rogues who could undermine our constitutional order,” he said.

Gerhardt disagreed, saying that intent should be taken into consideration.

“The House has never impeached anyone for gross negligence or, I think, anything akin to it,” Gerhardt said. “I think opening the door to that I think is going to present all sorts of serious problems. The impeachment process was not meant to be a kind of roaming commission that would then cover all kinds of mistakes and misconduct. It’s for the most serious things.”

Both McCarthy and Jonathon Turley, a professor of law at George Washington University, agreed that impeachments have proceeded in the absence of criminal acts in the past.

Gerhardt said that the framers of the Constitution were likely expecting the standards to become part of an evolving body of common law. Turley said that it was up to the House to set the standards themselves.

“Ultimately, you decide as a member of this body as to what warrants impeachment,” Turley said. “And certain forms of gross negligence, if you want to use that term, in my view could become impeachable offenses if you’re talking about recklessness or deliberate indifference, and that’s a matter that this body has to weigh very carefully.”

Should the House impeach?

Some members of both the committee and the panel suggested that, in light of the divisive nature of the topic, impeachment was too strong a measure.

“Along that spectrum [of impeachable offenses], which was starting with treason and bribery, and we’re winding up working our way through corruption, obstruction of justice, perjury — would you say that this extraordinary remedy, the most severe one available to the Congress, is an appropriate remedy to a mistake, even if that’s a mistake that results in gross administrative negligence?” asked Rep. Hakeem Jeffries (D-N.Y.).

Gerhardt pointed out that the House has never impeached a sub-cabinet level official, and that doing so would be moving into dangerous, uncharted territories. Instead, both Gerhardt and Turley argued that the House has other mechanisms available to it — contempt, fines and censure — and should explore those as well.

“My preference in these types of cases is first to start with contempt,” Turley said. “Part of my testimony highlights the fact that this body used to exercise contempt authority, actual enforcement, directly, as a body.”

He noted, however, that the Department of Justice has not always fulfilled its obligations to Congress in this realm, having refused in several instances since 1982 to pursue members of the administration in power.

Censure is also an option, although Gerhardt warned that it needed to be worded very carefully, lest it become a bill of attainder, which declares an individual guilty of a crime and levels punishment without a trial or due process.

“The problem is that this institution has allowed its powers to atrophy, and as a result, you have rational actors in the executive branch,” Turley said. “And they balance detection against penalty. And if they see no penalty, they’re going to conclude as rational actors that there’s very little reason to cooperate with Congress when it could bear costs, when not cooperating with Congress bears no costs.” 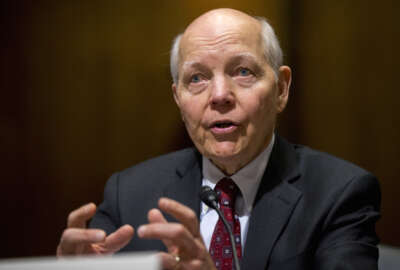 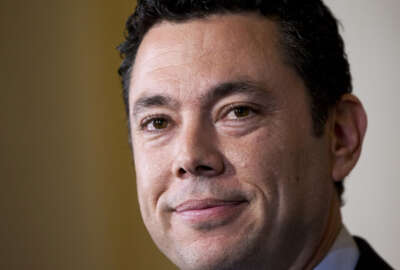 House hearing on IRS commissioner boils down to ‘no evidence’