Homeland Security Department leaders have testified at 208 hearings since the start of the 114th Congress. Capitol Hill has seen the appearances of 299 DHS witnesses. DHS Secretary Jeh Johnson has testified 26 times in the past three years. And the department has met with congressional staff or leadership 4,010 times.

“When you’re constantly testifying on the Hill before multiple committees and subcommittees, it’s kind of hard to do your job,” McCaul said Nov. 30 during a discussion at the Bipartisan Policy Center in Washington. “It paralyzes the department from its core mission from protecting the American people to constantly prepare for testimony. Oversight is important, but this committee should have principle jurisdiction over it.”

McCaul said he has a fix. He plans to propose an amendment to the House Rules package that would reorganize congressional jurisdiction over DHS.

“This is my last term [as chairman],” he said. “I’m not doing it for me. I’m doing it for the sake of the institution. [I am prepared] to fix this problem once and for all.”

The idea has support from House Speaker Paul Ryan (R-Wis.) and is gaining momentum from other members, McCaul said.

Under the current organization, anywhere between 92 to 108 different committees and subcommittees have oversight responsibilities over DHS, said Johnson.

For example, if the Homeland Security Committee wants to implement legislation that would provide more protection over radiological materials. That effort would stall because the Commerce Committee has jurisdiction over those materials.

“Commerce Committee doesn’t want to give up jurisdiction, because then some person loses a little bit of power,” said Jane Harman, director and CEO of the Wilson Center and former member of the House Homeland Security Committee. “Unfortunately, Congress has 19th century committee structure against 21st century threats.”

McCaul and Johnson both said they can point to countless bills that have stalled or are still stuck in another committee because of this challenge.

One of those items awaiting congressional action is a measure that would reorganize the National Protection and Programs Directorate. Johnson — and McCaul agreed — said that the legislation would organize the department’s cyber operations into one full-fledged component to deal with cybersecurity.

The department also hasn’t been reauthorized since its creation in 2002.

The National Commission on Terrorist Attacks in the U.S. (9-11 Commission) recommended in 2004 that Congress reorganize its jurisdiction over the department and create a single path for oversight. More than 10 years later, it’s the only recommendation from the commission that hasn’t been implemented or addressed.

McCaul is expected to release his own suggestions for the next administration to reform, reorganize and streamline DHS sometime in December. 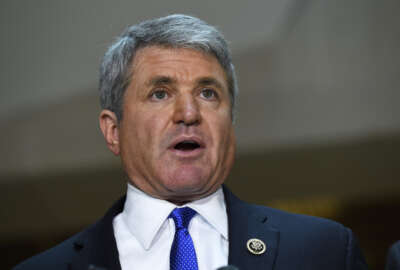 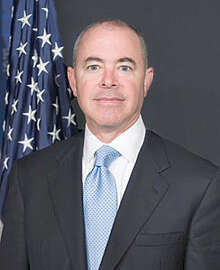