The Homeland Security Department, in particular, will see several new items in 2017, including many initiatives that percolated under current DHS Secretary Jeh Johnson and will carry on to the next administration under Gen. John Kelly’s leadership.

The 2017 NDAA includes portions of the DHS Accountability Act, which Senate Homeland Security...

The Homeland Security Department, in particular, will see several new items in 2017, including many initiatives that percolated under current DHS Secretary Jeh Johnson and will carry on to the next administration under Gen. John Kelly’s leadership.

Johnson has been working on some of these priorities for the past two years. Specifically, the NDAA codifies key ideas that comes from the Secretary’s “Unity of Effort” initiative. Johnson himself spent the past year vocally pushing for Congress to authorize many of these provisions.

The NDAA gives the next DHS secretary authority to establish joint task forces, which are designed to help the department better harmonize expertise among its components to address specific challenges.

According to the new law, Kelly would have the authority establish his own joint task forces and recommend potential leaders to the president. The president would appoint a specific person to lead each task force, who should ideally have experience within DHS.

“The codification will hopefully establish a kind of joint ownership, because sometimes when an individual component — it could be FBI, or it could be CBP or it could be Coast Guard or someone else — wants to put together a joint operation, everybody will, if they have the extra time or the extra personnel, sit in the seats,” said Marc Pearl, president of the Homeland Security and Defense Business Council. “But if the money is only coming from one and nobody else has to contribute, there’s a lack of ownership for the continuation and the ongoing programs and priorities of the joint task force.”

According to the NDAA, the secretary should position the joint task forces in locations where DHS facilities already exist and in an area that makes sense for the issue at hand.

The 2017 NDAA also includes some changes to the DHS leadership structure.

“It will … strengthen key leadership positions at the department to help ensure steps are being taken to improve management deficiencies highlighted in the GAO High Risk list,” Carper said in a Dec. 8 statement. “These long-sought improvements will have a lasting impact on the operations of the Department of Homeland Security for years to come.”

First, the department will set up a new Office of Strategy, Policy and Plans, which a specifically appointed undersecretary will lead.

This new office will “develop and coordinate strategic plans and long-term goals of the department with risk-based analysis and planning to improve operational mission effectiveness,” the NDAA said. The office will serve as a liaison for the 22 DHS components if any of them wants to make a major policy change within the organization.

In addition, the Office of Strategy, Policy and Plans is responsible for developing new standards for collecting data and information across the entire department. The components will also use these metrics to keep track of their progress, the law said.

The new law also authorizes the DHS undersecretary for management to serve as acting secretary of the department if neither the secretary nor the deputy secretary is available.

Though the Government Accountability Office said this year that DHS is edging off its high risk list, the undersecretary for management must now report on the department’s progress every six months.

The DHS chief human capital officer will also see some new responsibilities. Namely, the department’s CHCO will be in charge of working with leaders from each component to develop a five-year workforce planning strategy.

These plans will go to the secretary, who will then submit them to Congress. They’ll also include the number of full time employees and number of contract hours from the previous fiscal year.

The department’s ability to hire top talent has been a specific focus in 2016. DHS, led by its CHCO and the rest of the department’s C-suite, held two job fairs this year. During the first, the department handed out around 250 on-the-spot job offers to cyber and technology professionals. The second fair, held online in December, focused on college students and new graduates.

Moving forward, the DHS CHCO will review recruiting and hiring practices across each of the components and develop plans to streamline and make them more efficient.

Some DHS components, such as Customs and Border Protection, have struggled to hire fresh talent quickly. Though CBP has whittled down the time it takes to hire new investigators from 400 to about 170 days, the agency acknowledged its continued challenges.

CBP, for example, found it was losing out on top talent and qualified veterans leaving the service, as the background investigation process and new polygraph requirement made the time to hire too long.

The 2017 NDAA in fact recently eliminated the polygraph requirement for border patrol agents. 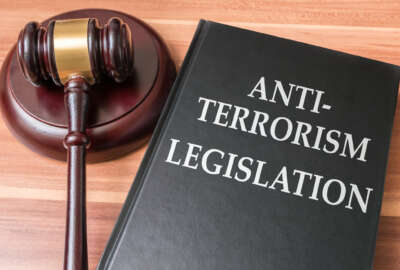 7 things every fed should know about 2017 NDAA