Years of inconsistent management, shifting priorities and low morale have taken their toll on the Transportation Security Administration. As the agency looks to welcome its seventh administrator in just over 15 years, Congress called in some outside experts to find out just what can improve the agency.

“The Transportation Security Administration was founded just weeks after 9/11. Congress did what it does best: it reacted to a crisis, and unfortunately, threw a lot of money...

Years of inconsistent management, shifting priorities and low morale have taken their toll on the Transportation Security Administration. As the agency looks to welcome its seventh administrator in just over 15 years, Congress called in some outside experts to find out just what can improve the agency.

“The Transportation Security Administration was founded just weeks after 9/11. Congress did what it does best: it reacted to a crisis, and unfortunately, threw a lot of money at it without sometimes thinking about the overall structure,” said Rep. John Katko (R-N.Y.), chairman of the House Transportation and Protective Security Subcommittee.

He said the most recent administrator, retired Adm. Peter Neffenger, began moving the agency in the right direction, but TSA needs an overhaul.

“The idea of having you here is to hear from you the concerns you have before we find out who the new administrator is, so that when that administrator gets here, he’ll know that we have a game plan to help them fix some of their issues,” Katko said to the witnesses.

For Roger Dow, CEO of the U.S. Travel Association, the processes involved in running the agency take priority. He said his organization has 15 policy suggestions to help make TSA more efficient, though he focused on only a few during the hearing.

“We’ve done some research that shows that Americans would take two-to-three more trips if they felt like they could get through an airport efficiently, but when they think there’s big lines, they avoid the trip,” Dow said.

And what’s the total missed opportunity cost for those two-to-three trips per year Americans choose not to take? They would bring in about $85 billion more each year, enough to support 880,000 new jobs.

Hence Dow’s focus on making the processes more efficient. One of his biggest concerns is trusted traveler programs like TSA’s Pre-Check. He said better promotion, and more of it, would bring more travelers into the program, which would ease burdens on standard TSA checkpoint lanes. So would offering group discounts to make it more attractive to businesses and families.

He also suggested an end to fee diversion. He said fees went up by about a third, but that money went into a general fund, rather than back to TSA. If TSA collected the full amount of money from the fees, it would support more personnel and better technology, which would also ease burdens.

Meanwhile, Nina Brooks, head of security for the Airports Council International, focused primarily on the ways technological improvements could make Transportation Security Officers’ jobs easier. Networked baggage scanners and biometrics were just two of the options she discussed as part of the Smart Security program.

“There’s no one solution for all airports. Instead, the [Smart Security] project has identified a number of components that can be implemented, depending on the regulatory requirements, the needs, facilities and risk profile of the airports. For this reason, there’s not one Smart checkpoint that can be used as an exact model; rather, a menu of options that can be combined to meet your requirements,” Brooks said.

She also said that more advanced technology in checkpoints, while increasing throughput, would also provide improved data for management to analyze and improve.

J. David Cox, president of the American Federation of Government Employees, said that lawmakers and the new administrator should address workforce issues to improve TSA’s functions.

“TSOs are the eyes, ears and hands of TSA at the checkpoints and baggage areas of our nation’s airports,” he said. “They are the most visible of TSA’s components and most likely to be blamed for perceived failures on the part of the agency. They are rarely if ever recognized for a job well done.”

“I wouldn’t be the best person to ask, but certainly that 5,000 that was lost needs to be returned. Air traffic is much higher, technology is improving, and we want greater technology,” Cox said. “Yes, the frequent traveler program, all those things come hand in hand. But still yet, we can never get rid of the human element. There is a person, even at the frequent traveler check lane, that has to be there.” 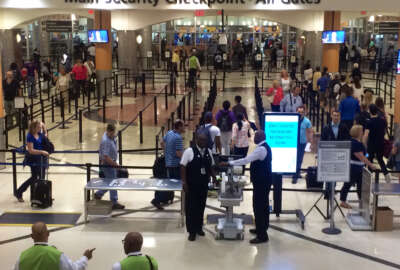 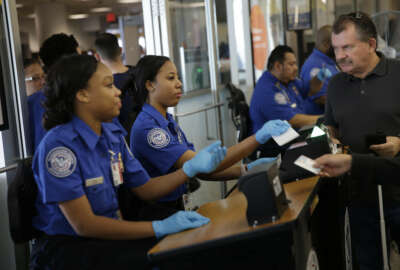 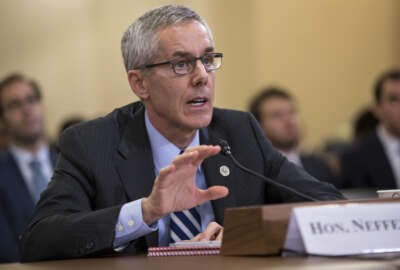