There are growing concerns on Capitol Hill about federal officials’ use of encrypted messaging applications, personal email accounts and social media platforms, and whether those messages are eluding federal records laws.

Four senior lawmakers wrote separate letters to the National Archives and Records Administration and White House general counsel Donald McGahn asking for details on how the Trump administration is ensuring no record is lost.

There are growing concerns on Capitol Hill about federal officials’ use of encrypted messaging applications, personal email accounts and social media platforms, and whether those messages are eluding federal records laws.

Four senior lawmakers wrote separate letters to the National Archives and Records Administration and White House general counsel Donald McGahn asking for details on how the Trump administration is ensuring no record is lost.

Sens. Claire McCaskill (D-Mo.), ranking member of the Homeland Security and Governmental Affairs Committee, and Tom Carper (D-Del.), requested answers from Archivist David Ferriero about his agency’s contact with the White House since Jan. 20, and any guidance it provided them.

“NARA considers President Trump’s tweets as presidential records that need to be preserved for historical purposes. Has NARA made a determination of whether the Trump administration must also preserve altered or deleted tweets? If so, please provide this determination. If not, please indicate when NARA anticipates making such a determination,” the senators wrote.

Carper and McCaskill have been pushing the White House to be more transparent about how they are managing records for the last month. This most recent letter is the third from the two senior lawmakers since Trump transitioned to the White House.

Reps. Jason Chaffetz (R-Utah), chairman of the Oversight and Government Reform Committee, and Elijah Cummings (D-Md.), ranking member of the committee, followed up on the Senators’ letter by asking McGahn about policies on the use of official text message or other social media platforms to conduct official business and the archiving and recordkeeping procedures that go with those policies.

“Provide a detailed accounting of any training on the Presidential Records Act provided to White House personnel, including the dates and attendees of each training and all materials for such training, as well as whether trainings include a discussion of presidential records created when White House business is discussed on electronic messaging platforms or personal email accounts,” the lawmakers wrote.

Both letters come from a reported increase in the use of mobile apps such as Confide, which deletes messages after they are read by the receiver, or other encrypted platforms to share sensitive data or guard against leaks.

Patrice McDermott, the executive director of Openthegovernment.org and a federal records expert, said encrypted apps are very concerning but also a conundrum for the open government community.

“Our community is pulled in two ways on this. It could be both and not either/or because for the leaks that we are getting from agency whistleblowers, these apps are really important to have,” McDermott said. “But part of issue is going to be—and it may have to be litigated—is what is official business? What qualifies as the business of government? If you are blowing the whistle on waste, fraud and abuse and relying on information gained from your government employment and you use one of these apps, is that a violation of federal or presidential records or is it protected First Amendment speech ?”

McDermott said NARA and the Office of Management and Budget have given agencies new guidance around electronic messaging apps and how to comply with the Federal Records Act.

Emily Manna, a policy/program associate at Openthegovernment.org, said under the Presidential Records Act, the administration is supposed to have a lawyer or expert advising the White House counsel on records management and retention.

President Trump recently named 26 lawyers to positions in the counsel’s office. It’s unclear whether any of them will focus on records management issues.

McDermott added the 2015 guidance from NARA also didn’t address platforms such as Confide where messages are automatically deleted.

“That is really troubling and illegal to conduct government business that way,” she said.

NARA issued a proposed rule in January clarifying that while the agency maintains electronic records for the sitting commander-in-chief, the president has “exclusive control over the records” during his or her term, and has a constitutionally based privilege to stop the public disclosure of a particular record, even after their term is over.

Openthegovernment.org isn’t just worried about the creation of new records, but the non-profit also is concerned about existing government information.

In February, 69 public interest organization wrote to the acting Administrator in the Office of Information and Regulatory Affairs (OIRA), Dominic Mancini reminding him about the requirement under the Paperwork Reduction Act for agencies to give public notice before removing online government information.

“It is crucial that agencies comply with the law, so that the public does not lose access to vital government information that helps them protect themselves and hold the marketplace and their government accountable,” the organizations stated. “Failure to give adequate notice of removal could mean that years of government work on important issues are effectively lost to the public. Moreover, providing the required notice will assure compliance with the law, smooth transition issues, ensure public participation, calm fears of censorship, and will reduce litigation costs for both the government and the public interest community.”

Mancini wrote back to the public interest organizations March 6 explaining how OMB is addressing their concerns.

“Acting CIO Margaret Graves and I did send a note reminding the agencies of their obligations with respect to information dissemination under existing laws and guidance; in particular, the Paperwork Reduction Act section 3506(d)(3) and OMB Circular A-130, Managing Information as a Strategic Resource, section 5(e)(7)(b),” the letter stated. “In addition, we reminded agencies that they should continue to manage their public facing websites and digital services, and the information on them, in a way that maintains high standards of effectiveness, usability, and information quality, as outlined in OMB memorandum, M-17-06, Policies for Federal Agency Public Websites.”

An email to OMB asking for a copy of the letter or reminder was not immediately returned.

McDermott said OMB’s response was about the best they could’ve hoped for.

“I think they took our letter seriously and sending something to CIOs was appropriate and useful,” she said. “Those are still career civil servants and one of arguments we made was that these civil servants pay attention to statute and what they are required to do, and they generally do it. The thing about the PRA language is we were told by people on the Hill and some in government that they never heard of that section about the need to have adequate notice before removing data from a federal website.” 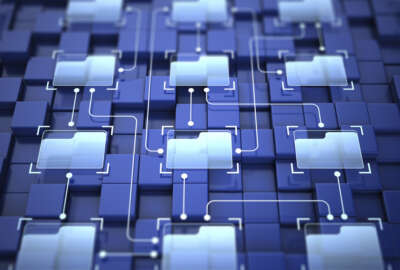 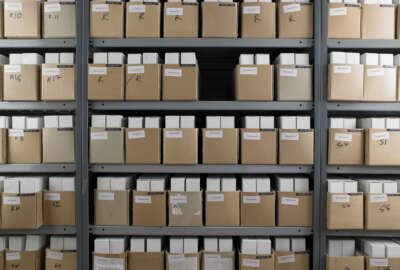