Lawmakers are encouraged by recent comments from the Homeland Security Department’s new leader, Secretary John Kelly, who indicated that after years of low employee morale and poor perceptions of DHS leadership, things are about to change.

“Certainly that’s the sentiment throughout, really, DHS, in terms of how DHS was run for the last eight years,” Kelly told the Senate Homeland Security and Governmental Affairs Committee at an Apr. 5 hearing on border security. “Going forward, it won’t be...

Lawmakers are encouraged by recent comments from the Homeland Security Department’s new leader, Secretary John Kelly, who indicated that after years of low employee morale and poor perceptions of DHS leadership, things are about to change.

“Certainly that’s the sentiment throughout, really, DHS, in terms of how DHS was run for the last eight years,” Kelly told the Senate Homeland Security and Governmental Affairs Committee at an Apr. 5 hearing on border security. “Going forward, it won’t be run like that anymore, once I determine how we’re going to change the leadership approach.”

Kelly didn’t give many specifics about his plans to improve low morale and engagement but said it’s already beginning to change.

“The greatest impact in raising the morale in the last 90 days or so has been that the workforce now is allowed to do their job,” he said in an exchange with Sen. Kamala Harris (D-Calif.)

“They’re allowed to do their job as the professionals they are,” Kelly said.

Angela Bailey, chief human capital officer for DHS, said she sees evidence that employees may feel stifled or as if they can’t innovate in the annual Federal Employee Viewpoint Survey results.

“When people from the private sector look at the federal government … it’s rule-driven, it’s rule-bound … environment that seems to stifle sometimes creativity [and] seems to minimize performance with all the protections,” he said during an Apr. 6 hearing on the best and worst places to work in government.

DHS has occupied the bottom spot on the Best Places to Work rankings for several years. Though the department improved its overall employee engagement score from a six-year low of 53 percent in 2015 to 56 percent in 2016, it still sits last among large agencies.

Yet all but one of the 22 DHS components improved their engagement scores in 2016. Some of those components, such as the Coast Guard and U.S. Citizenship and Immigration Services, are bigger than some of the large agencies.

The Coast Guard and USCIS, for example, have higher engagement scores than the second-ranked Commerce Department, Bailey said.

Over the past year, DHS has developed specific engagement plans for each component, and department leadership reviews each plan twice a year.

“Our leadership committee is sharing successful practices on how best to reach our field personnel to increase participation in the survey and in understanding their needs when they are so far away from Washington, D.C.,” Bailey said.

Like DHS, the Surface Transportation Board is beginning to see similar concerns from its employees. Once ranked at the top among small agencies, the board dropped nearly 15 points on engagement in 2016. Employees said they didn’t feel empowered and said they didn’t believe leadership treated them fairly.

The board’s managing director, Lee Gardner, said he was surprised by the 2016 results.

“That concerns me even more,” subcommittee Chairman Mark Meadows (R-N.C.) said. “If you’re surprised by the results, it shows that we have a lack of understanding of the rank-and-file [employees.]”

Surface Transportation Board employees are concerned by changes in leadership, Gardner said. The board has had three different chairmen over the past three years. They’re also unsettled by a possible upcoming move to another location that’s been in the works for three years, he added.

“It doesn’t matter what you think,” Meadows said. “It matters what the rank-and-file thinks. That’s the whole reason why you have an employee survey. I could think I’m the most fair person in the world, and he says I’m not, his perception is reality to him.”

Gardner said the agency, which has about 128 full time equivalents, collected hundreds of suggestions on ways to improve from its employees.

Both the Agriculture Department and the Securities and Exchange Commission made progress on their scores in 2016. Both agencies earned the “most improved” title among large and mid-sized departments, respectively.

Leaders at both agencies told Meadows they’d share their best practices with other agencies and organizations.

“Everyone wants to believe they’re special and different, and while there is some element to that, there’s also a lot of similarity,” Max Stier, president and CEO of the Partnership for Public Service, said. “We don’t do enough in the federal government of actually learning from each other.”

USDA, for example, made an effort to increase the number of employees who are eligible for telework, after hearing that work-life flexibilities were important to them.

“We’ve also trained our supervisors to manage employees who telework to make sure that they continue to remain as productive,” said Roberta Jeanquart, chief human capital officer for USDA. “Those flexibilities have really contributed to our scores. We have about 86 percent of our employees that are on flexible work schedules as well.”

Connolly also wondered whether budget cuts — or the prospect of them — had an impact on employee morale.

“I think they can, but I also think employee engagement can help us moving forward. USDA’s faced budget cuts before,” Jeanquart said, though she acknowledged the department has never experienced cuts to quite the degree that the President proposed in his fiscal 2018 budget.

“It clearly has an impact,” he said. “[The] greater impact is the uncertainty that’s been created. That is fundamental. The last six [or] seven years, the executive branch hasn’t been able to operate on any budget. … Uncertainty is the most corrosive of all, in terms of diminishing capability, and this is true right now with respect to budget, with respect to the hiring freeze.”

Stier said Congress can do more to make an impact on agency employee engagement. He suggested individual congressional committees should hold annual hearings on the topic for the agencies where they have jurisdiction. 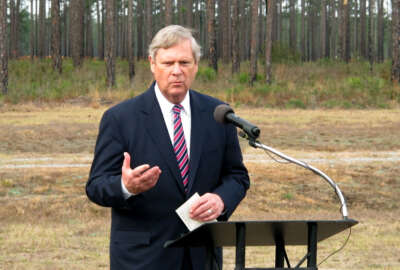 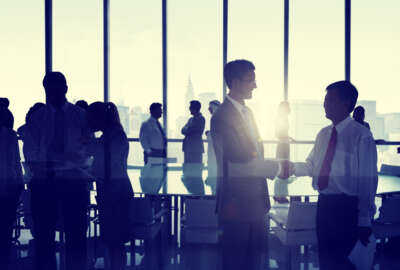 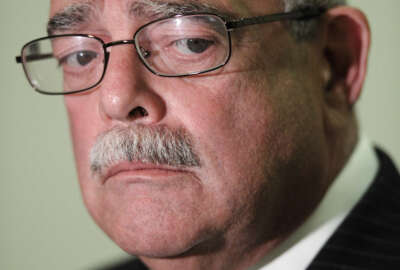