As the House Oversight and Government Reform Committee gets back to work with new leadership, lawmakers Wednesday will consider a variety of bills that could have an impact on the federal workforce.

It’s the first business meeting with Rep. Trey Gowdy (R-S.C.) as the committee’s chairman. Gowdy took the committee gavel from Rep. Jason Chaffetz (R-Utah), who left his term early to begin a career in the private sector.

As the House Oversight and Government Reform Committee gets back to work with new leadership, lawmakers Wednesday will consider a variety of bills that could have an impact on the federal workforce.

It’s the first business meeting with Rep. Trey Gowdy (R-S.C.) as the committee’s chairman. Gowdy took the committee gavel from Rep. Jason Chaffetz (R-Utah), who left his term early to begin a career in the private sector.

The committee will consider several new pieces of legislation, much of which would affect federal employees’ retirement and would expand the authority agencies have to give their workers cash bonuses for certain cost-saving disclosures.

Here are six bills to watch this summer. The oversight committee will consider five of them at a business meeting Wednesday.

More flexibilities in the TSP

Less than a month after House Oversight and Government Reform Committee Ranking Member Elijah Cummings (D-Md.) and Government Operations Subcommittee Chairman Mark Meadows (R-N.C.) introduced the bill, the TSP Modernization Act is getting a markup in the full committee.

In addition to more withdrawal options, the legislation would let TSP participants:

The Federal Retirement Thrift Investment Board, the agency that administers the TSP, said at its last monthly board meeting it was pleased the bill quickly received both House and Senate support. But the board was unsure whether the House Oversight and Government Reform Committee would be able to quickly schedule a markup.

The committee will also consider a bill that expands an agency’s authority to hand out cash bonuses to employees who disclose waste, fraud and abuse, or simply areas where the organization could save money.

“The head of agency may pay a cash award to any employee of such agency whose identification of unnecessary expenses to the Chief Financial Officer of the agency has resulted in cost savings for the agency,” the legislation said.

In the past, agencies could reward employees up to $10,000 for making a cost saving disclosure. But the Bonuses for Cost-Cutters Act of 2017 increases that bonus cap to $20,000.

However, the bill also expands the number of employees who would be ineligible to receive bonuses. Agency heads, employees serving at level one of the Executive Schedule, employees and officials in the Office of the Inspector General and commissioners, board members or other voting members of an independent board or organization could not receive a cash bonus.

Some members are attempting to codify into law an idea that President Donald Trump himself spoke of in the early days of his presidency.

The Political Appointee Burrowing Prevention Act would prohibit political appointees from taking a position in the career civil service for two years after his or her separation from a political position.

Reps. Ken Buck (R-Colo.) and  Ted Lieu (D-Calif.) introduced the legislation in February, shortly after Trump signed an executive order prohibiting political appointees from engaging in lobbying activities for up to five years after their departure in government.

Meadows introduced legislation that ensures the Office of Personnel Management will continue to conduct and administer annual employee surveys.

The legislation would require OPM write all the questions that apply to all federal employees, but surveys should also include questions specific to individual agencies.

The bill essentially codifies the Federal Employee Viewpoint Survey, which OPM has conducted annually for the past several years. But the legislation prevents OPM from making significant changes to the survey without first submitting regulations to the House Oversight and Government Reform Committee and the Senate Homeland Security and Governmental Affairs Committee for review.

Meadows, who introduced this bill, and other lawmakers had previously expressed concern with OPM’s recent plans to change the Federal Employee Viewpoint Survey.

OPM issued a final rule at the end of 2016 describing the changes it will make to the 2018 FEVS. The survey will be shorter than previous versions, requiring 16 questions instead of 45.

The bill requires that OPM and agencies make the survey results public on their websites. It asks OPM to organize survey data by occupation.

The Securely Expediting Clearance Through Reporting Transparency (SECRET) Act requires the National Background and Investigations Bureau (NBIB) to submit quarterly reports for the next five years on its backlog of pending security clearance investigations.

Reports should include the average length of time it takes to complete initial investigations and periodic reinvestigations at the secret and top secret levels.

The reports are similar to what the Obama administration provided on the topic in quarterly updates on Performance.gov, which is no longer active but should be updated with new information and agency goals in February 2018, a message on the website reads.

The Office of Personnel Management struggled to bring wait-times down for security clearance reviews and periodic reinvestigations as it transitioned the functions of the Federal Investigative Services to the NBIB last fiscal year.

The Taxpayer Funded Pension Disclosure Act is not on the oversight committee’s agenda Wednesday, where DeSantis is also a member.

“Americans should know exactly how their taxpayer dollars are used to fund the pensions of members of Congress and other federal bureaucrats,” he said in a July 12 release. “The Taxpayer Funded Pension Disclosure Act will empower taxpayers to hold their government accountable and demand that their hard-earned tax dollars are spent wisely.”

Some lawmakers appear to have an interest in federal employee pension information, particularly in situations where an employee is accused of poor performance or misconduct. Congress, for example, has considered legislation that would revoke a senior executive’s pension if he or she retires or resigns before an agency can take an official disciplinary action. 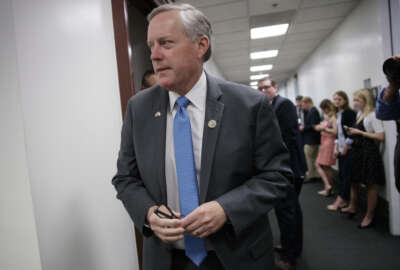 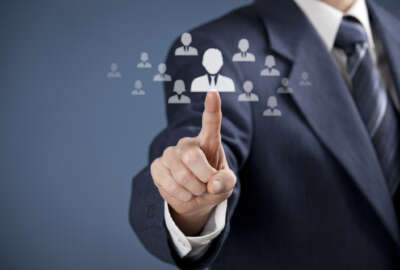 With final HR policy rewrite, future annual viewpoint surveys are about to get shorter 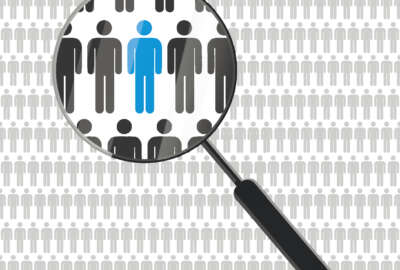