The House of Representatives sent a handful of bills to the Senate over the past couple of months that have direct implications for the federal workforce. From reauthorization and reorganizations of the Homeland Security Department to whistleblower protections, security clearances and burrowing, these bills are worth keeping an eye on as the Senate debates, amends and votes on them, especially since any of them could wind up hitching a ride with any potential budget omnibus...

The House of Representatives sent a handful of bills to the Senate over the past couple of months that have direct implications for the federal workforce. From reauthorization and reorganizations of the Homeland Security Department to whistleblower protections, security clearances and burrowing, these bills are worth keeping an eye on as the Senate debates, amends and votes on them, especially since any of them could wind up hitching a ride with any potential budget omnibus later this month.

The Senate Homeland Security and Governmental Affairs Committee debated a number of amendments to this bill on March 7. The bill would amend the Homeland Security Act of 2002, set some new responsibilities, and authorize its programs moving forward, something that hasn’t happened since the department was created a decade and a half ago.

“For those of us that serve on the Armed Services committee … our Department of Defense is so much better because we have gotten into the discipline of authorizing the Department of Defense every single year,” said Sen. Claire McCaskill (D-Mo.). “So we look at all their programs, we have hearings on posture. We are really on top of all the various programs — not that things don’t get by, because they do, and we constantly try to find them — but that discipline of authorizing every year is something I would like to see this committee get to.”

That may not be easy, however. Because of the scope of DHS’ mission, multiple committees in the Senate share jurisdiction over the department.

“The notion that we can’t authorize the whole department because other committees have jurisdiction is so dumb,” McCaskill said. “This is a problem in the Senate. I hope that we can get together with leadership in a joint way, with both Leader (Mitch) McConnell (R-Ky.) and Minority Leader (Chuck) Schumer (D-N.Y.) and the chair and ranking of these committees, and all get in a room and look at each other and go ‘Really? This is stupid.’ If we can do that, then I think we’d be well on our way to providing the kind of oversight this department deserves.”

In its current form, the bill establishes a headquarters for DHS, as well as a strategy to further the mission of DHS.

Speaking of bills hitching a ride, an amendment to the DHS Authorization Act from Sens. McCaskill and Ron Johnson (R-Wis.) draws another bill passed by the House, the Cybersecurity and Infrastructure Security Agency Act of 2017, under the umbrella of the DHS authorization bill.

Social Media Use in Clearance Investigations Act of 2017

Security clearances are a hot topic in Washington right now, and lawmakers are grasping at some low-hanging fruit to improve the process by making social media usage a factor in the background investigation process.

The bill would require the Office of Management and Budget to report to Congress about the cost, feasibility, and current efforts to take social media into account during the process. Lawmakers want to know about how it’s currently being used, any current pilot programs, and any potential legal impediments to these efforts.

“This is a request for a study at this point, to take a look at using social media — Facebook, Twitter, other things like that — when they’re doing top secret security clearance investigations,” Loren Duggan, Bloomberg Government editorial director, told the Federal Drive with Tom Temin. “This could be something coming soon to the clearance process, which … can take a long time in many cases.”

“This bill [came] up in House under suspension of the rules, which requires a two-thirds vote, suggesting that they think there’s widespread support for this bill,” Duggan said.

In addition, agencies would have to obtain permission from the associate director of Merit Systems Accountability and Compliance. This would require them to prove that the appointment process was “fair, open and free from political influence.”

The bill would provide one possible exception: former political appointees can obtain career jobs that they had nothing to do with whatsoever when they were appointees.

Finally, this bill would reauthorize and extend the whistleblower protection program initially outlined in the Inspector General Act of 1978, and repeal the sunset provision of the Whistleblower Protection Enhancement Act of 2012 retroactively to Nov. 26, 2017.

“It’s yet another whistleblower bill,” Duggan said. “Those seem to be popular with both parties, trying to ensure that people who see something in government that shouldn’t be going on have the opportunity to report it and to do so safely. What this program does is educate employees against prohibitions against retaliation. So what your employer can’t do to you if you do bring something forward, and also tells people what their options are if they feel they’ve been retaliated against.” 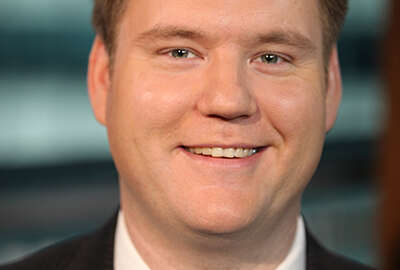 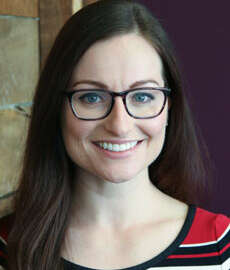