The House Armed Services Committee Chairman’s bill to revamp 28 defense agencies is being met with skepticism from lawmakers and former defense officials just one day after the legislation was floated.

Concerns revolve around the actual savings the Defense Department can attain from shrinking its Fourth Estate, how accountable the chief management officer can be over the...

The House Armed Services Committee Chairman’s bill to revamp 28 defense agencies is being met with skepticism from lawmakers and former defense officials just one day after the legislation was floated.

Concerns revolve around the actual savings the Defense Department can attain from shrinking its Fourth Estate, how accountable the chief management officer can be over the agencies and if cutting the budgets of those agencies will compromise mission effectiveness.

Rep. Mac Thornberry (R-Texas) proposed cutting the budget of 28 organizations popularly known as the Fourth Estate because they hold important functions, but do not report to any military branch. The bill would reduce the Fourth Estate by 25 percent by 2021 and eliminate seven of the agencies including the Defense Information Systems Agency, the Defense Human Resources Activity and the Washington Headquarters Services. The bill also gives the newly-created chief management officer direct authority over Fourth Estate agencies.

Thornberry’s counterpart on the committee, Ranking Member Adam Smith (D-Wash.) is concerned about some of the provisions in the draft bill.

“It appears this proposal could do serious damage to DoD’s information infrastructure, testing ranges, and community support, as well as the basic DoD functions in the National Capital Region by eliminating critical agencies in one stroke,” Smith said in an April 18 statement. “Those are important functions that I don’t think we should discard if we haven’t done careful study and analysis. It’s also important that we consider the impact on our men and women in uniforms’ ability to do their jobs and their quality of life, as well as on thousands of jobs across the country.”

Thornberry suggests agencies being reduced or eliminated would be replicated within existing DoD agencies, where additional functions and personnel would be transferred.

Thornberry’s idea reducing the Fourth Estate by one quarter was supplemented by hopes of saving $25 billion or more.

“If all those entities are considered to be off the table for budget reductions, we have about a quarter of the Fourth Estate left to look at,” Levine said. “You can’t achieve 25 percent reduction in the Fourth Estate by only looking at a quarter of the budget. Unfortunately, the ‘everything else’ also performs essential functions. I think these are functions that can be performed more efficiently and they deserve close attention from the committee, but they are important functions.”

Levine said the overall cost of the other agencies are relatively small and would still need to be performed somewhere else in the department. While there are savings, they would not add up to $25 billion.

While everyone loves to criticize Pentagon headquarters staff and functions, Levine said, agencies like the Washington Headquarters Services provide essential functions like facilities, acquisition, financial and human resources functions for the Pentagon.

“You have two tasks: To separate the overhead from the mission and then to figure out how much you can cut the mission,” Levin said. “And I think looking at the defense agencies it’s important to recognize that’s not the overhead. That’s a lot of mission in there.”

Levine also had concerns about the chief management officer’s ability to manage all of the agencies that would come to fall under his jurisdiction.

“My concern with the CMO being the direct line of authority over the defense agencies is that that could overwhelm the individual and all of a sudden that time CMO has to develop management initiatives that cut across the department, you no longer have that time and ability,” Levine said.

He added a second concern that since the CMO office is so new it may not have the institutional capability yet to manage so many agencies while also building a new bureaucracy.

Where else can Congress look for funds?

Levine pointed out a few options Congress should consider in cutting waste at the Fourth Estate level.

“A significant amount of funding going into the Fourth Estate comes from the services through the working capital funds,” Levine said. “My concern about working capital funds is they do what they’re supposed to with regard to the buyer. The services have a pressure to become more efficient because they see the cost of what they’re buying, but they don’t have the desired effect in terms of efficiency with the seller.”

He stated no matter how high the costs are the seller will recoup them because of the way the rates are set. Levine suggested giving customers visibility into the seller’s expenses so the buyer knows how the seller is using its money and can push back in some areas.

Ranking Member Adam Smith mentioned if Congress really wanted DoD to save money it would authorize another round of Base Realignment and Closures (BRAC). 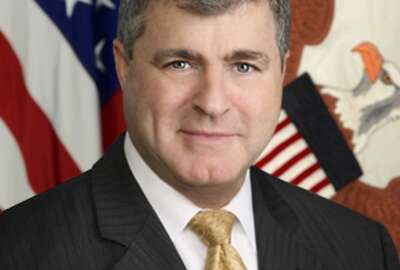 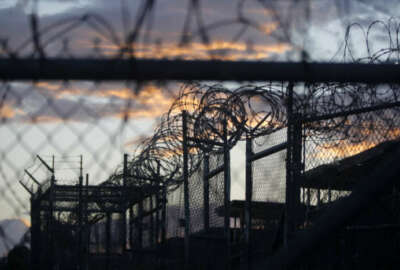 26 percent of Army hangars are in poor or failing condition