Here are three bills getting traction:

A funding cut for NIST

Rep. Barbara Comstock (R-Va.) sponsored the National Institute of Standards and Technology Reauthorization Act of 2018, which if passed would authorize $125 million more for the agency’s scientific and technical research and services lab account but a $73.5 million allocation decrease overall.

“During the drafting of the legislation, the authorization levels were discussed with the House appropriations staff and we are working to get this funding level achieved,” he said.

The bill does not have a companion in the Senate yet, but Bryant said the congresswoman’s office is working with the Senate Committee on Commerce, Science and Transportation to move the bill forward during the lame-duck session after the midterm elections.

Other bills voted on by the committee can be found here.

The fund would draw from energy development revenues generated by oil, gas, coal, alternative and renewable energy production on federal land, up to $1.3 billion per year from 2019 through 2023. However, the fund could accept private donations, according to the bill’s text.

Sixty-five percent of the fund would be used for projects ineligible for maintenance funding because they are either historic structures or assets, or related to visitor services. The other 35 percent of the fund could pay for road, bridge, tunnel and other transportation-related projects. The bill prohibits using the fund for land acquisition.

A House companion bill, HR 6510, passed the House Committee on Natural Resources on Sept. 13 and awaits a vote in the full chamber.

A new bill from South Carolina Rep. Ralph Norman would promote greater collaboration between the departments of Energy and Veterans Affairs to improve veterans’ health care with big data.

The Department of Energy Veterans’ Health Initiative Act, which passed the House on Sept. 25, would authorize $52 million for a two-year pilot within DOE from 2019 to 2020. Jessica Cahill, Norman’s press secretary, said the funding for 2019 — $26 million — has already been allocated in the 2019 federal budget. The pilot would need to conduct research in modeling, artificial intelligence, machine learning, data analytics or other techniques to make use of VA’s data supply.

DOE and VA’s Million Veteran Program, which is creating one of the largest genomic databases in the world from veterans’ blood samples, have been partners since last year. The bill does not have a companion in the Senate but Cahill said Norman’s office was working on it. 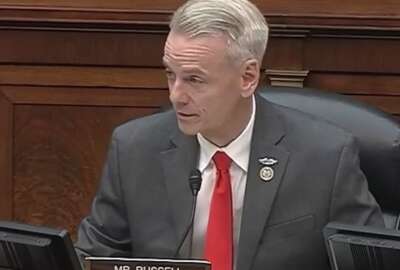 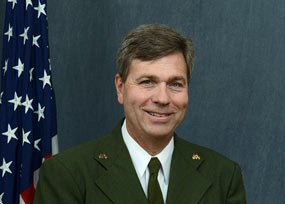