Federal spending never stops rising, and that’s certainly true of contracts spending. The pandemic has accelerated contract spending in several categories. For some of the trends that will continue into 2021 and the Biden administration, Federal Drive with Tom Temin turned to the director of government contracts at Bloomberg Government Dan Snyder.

Federal spending never stops rising, and that’s certainly true of contracts spending. The pandemic has accelerated contract spending in several categories. For some of the trends that will continue into 2021 and the Biden administration, Federal Drive with Tom Temin turned to the director of government contracts at Bloomberg Government Dan Snyder.

Dan Snyder: Hi, Tom. Thank you very much. Glad to be with you.

Tom Temin: All right. So you’ve done a summary at Bloomberg [Gov] and one of the first things on the list is COVID-related spending. First of all, give us the stats on what that has cost the government so far, and what it’s going to look like, as the pandemic seems to continue for a while. Here we are, you know, almost a year into it.

Dan Snyder: Yes. So the top-line figure that we have determined to be dispersed by federal agencies since March is about $43.5 billion. So some of the work that we have done recently is looking at what that amount in totality has added to the overall government spend. But it’s really quite astonishing. I think it wouldn’t come as a surprise to many that it was going to be a banner year, but federal contract spending reached $681 billion in fiscal 2020, driven by budget increases at agencies within the Department of Defense, and, of course, the COVID-19 pandemic that you alluded to.

Tom Temin: And do you expect pandemic-related spending to continue at that rate, because I think the government has bought all of the, say, ventilators that the federal government is going to buy. Masks and supplies are relatively high volume, pennies per unit item.

Dan Snyder: That’s correct. So a lot of the uptick that we’ve seen in spending has been attributable to the PPE. And it’s likely and hopefully, crossing our fingers, will subside, and there will be less of a need for that moving forward now that we do have a vaccine on hand. But I don’t think it’s necessarily going to go away totally. A lot of those will continue to produce research and development around combating the pandemic, as well as logistics and getting the vaccines in the arms of citizens. And that’s going to certainly continue to absorb a lot of the funding for moving forward.

Tom Temin: Yeah, the vaccines could really cause a big bump in spending when they finally figure out the logistics, and they need the volumes. The companies are not giving it away.

Dan Snyder: No, they’re not in terms of the companies that we saw in our definition. Modern was ranked second. Another interesting one that we saw was the use of OTA and other transaction authority; $7 billion alone was one figure that came out in regards to OTA spending, and that was directly related to developing research to come up with a vaccine. So certainly a heightened interest in agencies using and leveraging the instruments at their disposal to compete these contracts as quick as they can. And OTA was a perfectly situated instrument to achieve that objective.

Tom Temin: Yeah, I wanted to ask next about OTA, which you have as $18 billion in total in 2020. And in many ways, OTA seems like a really cool can opener at the bottom of the drawer that the government has rediscovered?

Dan Snyder: It is. So I wouldn’t say it’s a new device that is just emerging. This has certainly been around for years now. And even before the COVID pandemic arose, we were seeing agencies accelerate their use. Back in 2016, OTAs came in at a level of about $2 billion. And then last year before the pandemic came to be, we had levels at $8 billion. So certainly the COVID-19 pandemic accelerated that were in fiscal 2020. Now $18 billion, specifically for other transaction authority as a contracting mechanism. So we certainly continue OTA use to remain popular but likely not at these levels that we experienced in fiscal 2020.

Tom Temin: And I guess one good thing about OTA spending – a lot of it that I’ve been reading and talking to people about outside of the COVID, but just in DoD and Homeland Security and so on, is that a lot of it is going to small business, not as set asides but because if you’re doing innovative type of prototyping work, then a lot of the capabilities that the government is seeking are in nontraditional and small businesses. So that fact might keep Congress from taking so much interest in the levels of OTA spending, because it’s going to small business.

Dan Snyder: So you use two keywords there that are very different: Small business and nontraditional. So OTAs are certainly geared towards assisting nontraditional companies introduce them to the government marketplace. That doesn’t necessarily always mean it is a small business as the SBA defines it. But it’s new companies who are previously [nonexistant]. But, according to the data that we see, it’s a lot of the companies that have and continue to participate in the federal government winning the majority of these OTA dollars.

Tom Temin: All right, we’re speaking with Dan Snyder, director of government contracts at Bloomberg Government. And let’s talk about the GWAC, the governmentwide acquisition contract spending, especially as several hot-looking deals are being cooked up right now in GSA. Of course, when they start something in January, that doesn’t mean it’s going to be available for awarding in this calendar year. But talk about the trends you see in GWAC spending.

Dan Snyder: Yeah, so the two that you mentioned that are hot ticket items that our BGOV clients have certainly been monitoring are the CIO-SP4, which is valued at $40 billion. Brian Goodger, who is managing some of the activities at HHS anticipates that will be released this month. And then GSA moved ahead with plans for their Polaris government contracts, and they have released a draft RFP, right around the holidays. So movement on both of those activities, the numbers that we analyze for this report, we’re looking at historical spending. So this is going to be your existing dollars around NASA SEWP, CIO-SP3, GSA’s Alliant. And we’ve continued to see the trend and use of governmentwide acquisition contracts accelerate. In fiscal 2016, it was about $12 billion. And then in fiscal 2020, we’re seeing levels of $21 billion. So as agencies continue to modernize their legacy systems, they’re relying more and more heavily on the governmentwide acquisition contracts, which are typically best in class, proven to offer favorable pricing and sound requirements and a list of vendors that they can rely on to fulfill those requirements.

Tom Temin: Now as one of the features of Polaris that is being put out there by GSA – and this was reported earlier by our own Jason Miller – and that is that they would put price negotiations under this contract at the task order level, instead of at the award level, especially for something that’s running several years and so on. What do you think that could do to the spending trends? Do you think it could depress them a little bit, or maybe even boost them?

Dan Snyder: I think there’s widespread agreement that it’s the right thing to do. Right? So they’ve been discussing this pilot program for the better half of a year now. And Polaris has finally offered them the opportunity to roll that out. So I would think it would only increase the activity in allowing contractors to be a little bit more flexible to offer a variance of pricing and not be handcuffed by any of the contract-level pricing that they would otherwise experience.

Tom Temin: So for the next several months, then, for this calendar year, and of course, the new fiscal year, in theory starts during the this calendar year, just a few months from now, it seems – what should contractors be doing to best position themselves so that they can get some of this spending that’s going to definitely grow?

Dan Snyder: So I think that’s certainly perpetuated by the change in administration. But a lot of the activities that are relevant for contractors have a lot of bipartisan support. IT modernization is something that both Democrats and Republicans agree on needs to occur. Transition to the cloud is something that politicians and legislators have continuing to encourage agencies to invest in. The pivot towards digital services and making the citizen-facing technology more accessible to customers is something that everyone agrees on. So the margins and where contractors are going to strategize where the biggest growth is going to occur, shouldn’t necessarily be tied up in any of the administration changes. I think a lot of the pockets of money will continue to be encouraged and have bipartisan support across the board.

Dan Snyder: Yes, there was quite a difficulty with the original rollout. So I think that goes into the case with digital services. Those are the type of experiences that they’ll certainly want to improve and stuff at IRS is still a little bit finicky, and I could see that being a focus of attention to make it easier for people to submit their taxes.

Tom Temin: Dan Snyder is director of government contracts at Bloomberg Government. Thanks so much for joining me.

Limiting period of performance is killing highly successful 8(a) GWAC 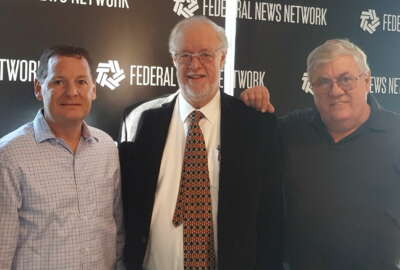