The promise from President-elect Donald Trump to cut the federal workforce within his first 100 days and impose a hiring freeze through attrition and retirements surely has many feds worried about what the next administration will bring.

But a hiring freeze — except on federal employees in the military, public safety and health fields — could bring more opportunities to federal contractors, industry experts predict.

“We’re sitting there with … 30 percent of the workforce eligible to retire today and another 30 percent eligible to retire in the next five years,” Pierre Chao, a partner and consultant for Renaissance Strategic Partners, at the Professional Services Council’s annual Vision Forecast Conference on Nov. 17. “If you freeze all hiring, it’s not going to change the capability requirements, it’s not going to change what’s needed to be done in the government. There’s going to be no other place to go but outsourced and contracted from you guys.”

Andrew Hunter, director of the Defense-Industrial Initiatives Group and senior fellow at the Center for Strategic and International Studies, also said he sees the potential for a shift toward more contractors serving a role in the federal workforce.

“That would suggest that they’re going to have to turn to the services sector,” he said during the PSC panel. “So then the challenge is how do you get great people into the companies like those that are here today.”

With the expectation that more contractors will have to shoulder the workload, some see new kinds of challenges emerging, specifically an uphill battle to bring new talent through an already long and complicated security clearance process — one that’s seeing major changes of its own.

“If the new administration comes in and says, for every fed that retires you can’t replace them, then we’re only going to have bigger and bigger backlog issues,” said Charlie Sowell, senior vice president for national security and cyber solutions at Salient CRGT and a former senior adviser to the Director of National Intelligence.

The backlog has long been an issue for the administration ever since it ended its contract with USIS in 2014.

The National Background Investigations Bureau (NBIB), the new, semi-independent agency the administration recently stood up to re-tool the entire security clearance process, said it wants to bring those numbers down, specifically the time it takes for a contractor to receive a clearance.

“There’s this talk about a backlog, and that’s an interesting number about how big that is,” NBIB Director Charlie Phalen during a speech at the PSC Vision Forecast Conference. “That’s not really the relevant number. The real relevant number is 40 or 80, and that’s the number of days we’re supposed to deliver either a secret or a top secret clearance to somebody to adjudicate. That’s our mandated goal by legislation. We clearly are not meeting that.”

“Depending on how the new president feels about a hiring freeze, we will hire another 200 in 2017,” Phalen said. “We will be back up actually beyond the capacity we were at in 2014. I think that will help us a lot.”

The potential for more federal contractors —  and the need for more security clearances — comes as about 4,000 new political appointees will request them quickly as they join the Trump administration.

Congress seems to be taking note, as a new bill, the Security Clearance Accountability, Reform and Enhancement (SCARE) Act, recently cleared the Senate and heads to the House.

“As the Trump administration begins to take shape and a new crop of folks start requesting security clearances, it’s more important than ever to make sure this process is thorough,” said Sen. Jon Tester (D-Mont.), the bill’s sponsor.

The SCARE Act forces agencies to update their policies for determining which positions and contracts need a clearance.

It’s similar to a memo Director of National Intelligence James Clapper issued in 2014 urging agencies to scale back their lists of cleared federal employees and contractors who needed access to classified and top secret information.

Currently, about 3.7 million Defense Department related positions are eligible for a security clearance, according to Performance.gov.

Though Phalen and NBIB leadership have promised they’ll get clearances to federal contractors more quickly, there’s no doubt the project is a tall order — and could get more complicated if the contracting community grows.

“All of this is like a spider web,” Sowell said. “It’s all so integrally related, that if you tug on one string, you’re pulling on another couple. It’s not as easy as just making one fix in one area. Every time you do something it creates more pressure on the system, and we’re seeing a lot of pressures today.” 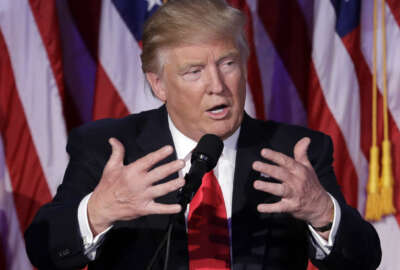 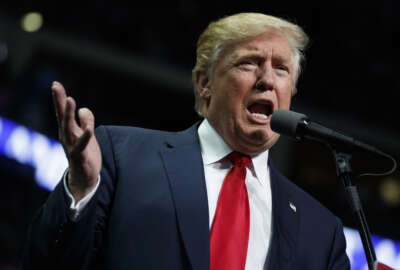