Everyone needs shoes. That’s especially true for members of the military who need athletic shoes to run, jump, and climb during training.

The Defense Department is finally getting around to implementing 2017 legislation that requires the Pentagon to buy footwear for service members from domestic suppliers. But the delay also highlights a larger problem with how long it’s taking DoD to implement changes in acquisition law and the state of the Defense industrial base.

Everyone needs shoes. That’s especially true for members of the military who need athletic shoes to run, jump, and climb during training.

The Defense Department is finally getting around to implementing 2017 legislation that requires the Pentagon to buy footwear for service members from domestic suppliers. But the delay also highlights a larger problem with how long it’s taking DoD to implement changes in acquisition law and the state of the Defense industrial base.

Starting in 1941, Congress began adding the Berry Amendment to its Defense appropriations bills, restricting DoD from using funds for food, clothing, fabrics, fibers, yarns and other materials that are not grown or produced in the United States. Athletic shoes, however, didn’t fall under the Berry Amendment until Congress passed the 2017 National Defense Authorization Act (NDAA) and it was signed into law in December 2016.

In August, DoD finally issued a proposed rule on the athletic shoe issues and opened it up for public comment, but there’s still no timetable for when the final rule will be released.

While footwear may not be the top priority for DoD, it’s just one example of a the many provisions still slowly gaining steam after being codified in law.

As an example, the Professional Services Council sent a letter Wednesday to the assistant defense secretary for acquisition asking DoD to issue overdue regulations on the appropriate use of lowest-price technically acceptable criteria for DoD services contracts. The rules would implement a legislative provision Congress enacted three years ago, in the 2016 NDAA.

Industry isn’t the only one concerned; the Government Accountability Office also scolded DoD for dragging its feet.

The House Armed Services Committee took note of the issue in its 2019 defense authorization committee report.

There are several provisions from the 2016 NDAA that are still in the promulgation phase or have yet to break into the culture of DoD employees. In the 2016 act, Congress also greatly expanded DoD’s acquisition authority to prototype and acquire weapons faster.

“It’s definitely taken a few years for the department to get its arms around these authorities,” Bill Greenwalt, senior fellow at the Atlantic Council told Federal News Network. “I’m optimistic now, seeing they are starting to use these authorities. There were so many that were put in place in 2015 and 2016 that we don’t even have regulations for it yet. We are going to have to see how the department gets its arms around that and starts executing.”

That leaves acquisition officials wondering if they can use those authorities before DoD actually sorts through them.

It also doesn’t bode well for a Pentagon that is stressing fast acquisition in order to keep up with near-peer competitors like China and Russia.

The authorities given to DoD were made to make the acquisition cycle go faster or to circumvent some acquisition rules to encourage prototyping and innovation.

That innovation and speed is supposed to bring in new ideas for weapons and build those weapons at a pace for war with a global power.

Another provision finally getting attention from DoD adds the United Kingdom and Australia to the list of countries from where DoD can buy products critical to the nation.

The National Technology Industrial Base (NTIB) is an organization that engages in research, development, production, services and integration of activities conducted by the U.S. and other countries. It basically gives DoD the green light to buy certain goods from allied countries.

Expanding the industrial base is important to DoD as it continues to deal with more consolidated corporations and less competition. It’s also even more pertinent now that the United States is watching its technological supply chain even closer for intrusions from foreign countries.

The addition of the countries will give DoD more options to buy things like electrical buses and circuit breakers for naval vessels.

“The expansion of the NTIB allows the United States government to leverage the resources in these countries,” said Justin Ganderson, special counsel at Covington & Burling LLP. It will “enhance the U.S. manufacturing and industrial base capabilities, especially in the event there is a conflict in the world. The NTIB has been described as a highly integrated defense industrial cooperation.”

Canada is also a member of NTIB. 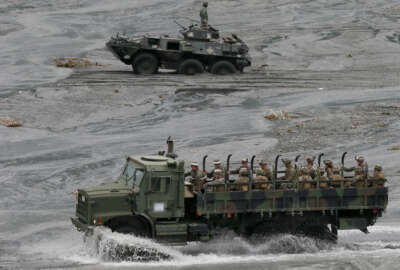 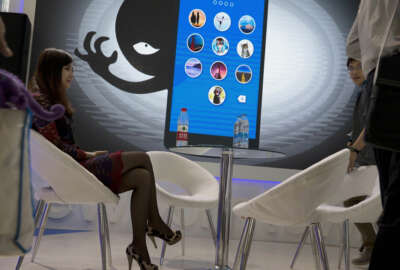