The Defense Information Systems Agency on Thursday announced a series of internal moves that will ultimately set the table for the Pentagon to assume responsibility over the governmentwide security clearance program.

David Norquist, the senior official performing the duties of the deputy secretary of defense, has authorized the transfer of the National Background Investigations System (NBIS) — and the 40 people who manage it — to the Defense Security Service.

The Defense Information Systems Agency on Thursday announced a series of internal moves that will ultimately set the table for the Pentagon to assume responsibility over the governmentwide security clearance program.

David Norquist, the senior official performing the duties of the deputy secretary of defense, has authorized the transfer of the National Background Investigations System (NBIS) — and the 40 people who manage it — to the Defense Security Service.

DISA’s NBIS will transfer to the Defense Security Service no later than Oct. 1, 2020. DoD’s CAF will move more quickly, by Oct. 1 of this year.

It’s one of many steps that DoD will take in the coming months and years to reorganize its own resources and personnel to comply with mandates in the 2018 National Defense Authorization Act, which authorized the Pentagon to assume responsibility for its own personnel investigative work.

But the move of the NBIS program office and DoD CAF also sets the stage for a broader merger of the Office of Personnel Management’s National Background Investigations Bureau (NBIB) with DSS.

The goal, as Federal News Network reported last year, is to form a new entity, called the Defense Counterintelligence and Security Agency (DCSA), which will ultimately serve as the single security clearance provider for all of government.

The new entity will have a little more than 10,000 employees, including both federal and contractor investigators from NBIB and the Defense Security Service’s current workforce of approximately 900 employees.

The President has been expected to sign an executive order that will officially authorize the OPM move and designate DoD as the governmentwide security clearance provider. The EO, however, is still pending.

The Trump administration first publicly announced its plans to move the security clearance program from OPM to the Pentagon last June as part of its reorganization plan.

DoD has been preparing for these moves for months, and the agency itself teased this transfer back in November. Norquist asked the directors of both DISA and DSS to “promulgate and execute plans for the phased transfers of the aforementioned elements with associated functions, personnel and resources to DSS within 180 days of the memorandum, and will include these transfers in the FY 2021 President’s budget submission,” DISA said.

DISA was first tasked back in early 2016 to design, build, test, operate and maintain a new security clearance IT system for the National Background Investigations Bureau, when the Obama administration first stood up NBIB under OPM.

Since then, DISA last June awarded a first contract to Enterprise Services for $49 million to build a new security clearance case management system under an Other Transaction Authority (OTA) agreement.

The transfer of some DISA employees to DSS means impacted workers will move to a different personnel system, the Defense Civilian Intelligence Personnel System.

“DSS gains a tremendous brain trust with these individuals,” Navy Vice Adm. Nancy Norton, DISA’s director and commander of the Joint Force Headquarters  for the DoD Information Network, said in a statement. “I want all the personnel who are transferring to know that they will always be a part of the DISA family and we look forward to working with them in their new DSS roles. The entire DISA workforce takes great pride in how professionally they advanced the security vetting program for the nation and the DoD.”

DISA has spent the past two years working on multiple facets of a new security clearance IT system. The agency last summer began a roll-out of a new online background investigation application form. eApp will eventually replace the Electronic Questionnaires for Investigations Processing (e-QIP) system, the current interface potential clearance holders use to fill out the standard forms needed to begin the background investigation process.

It’s unclear how those challenges will be resolved — or not — as the security clearance portfolio, along with OPM and NBIB resources and personnel, eventually move to the Pentagon as part of the broader reorganization of the background investigation program.

Meanwhile, GAO reminded lawmakers earlier this week of the multi-faceted challenges that OPM and DoD face in both transferring the security clearance program — and addressing ongoing efforts to reduce the backlog of pending investigations.

GAO added the security clearance program back on its High-Risk List back in 2018, breaking with its tradition of adding new items to the list every two years.

The backlog of pending investigative matters has declined significantly in recent months. The current inventory sat at 551,000 last week, according to OPM and ODNI officials. 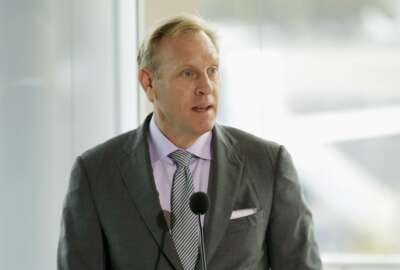 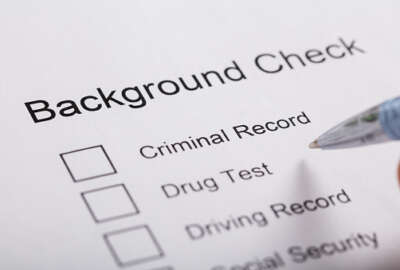