National Guard soldiers hoping to receive backpay for time they worked in more demanding positions while waiting to be promoted are still waiting for a way to petition the Army for help.

Last year, Congress gave the Army secretary the authority to give guardsmen pay for work they were doing at a higher level, while waiting to be promoted. However, the Army is still developing the directive to let the Army secretary exercise that power and the service does not know when the directive will be finished, according to Army spokeswoman Cathy Brown Vandermaarel.

Meanwhile, some guardsmen are waiting nearly a year from the time they are nominated for a new rank to the time to take the Defense Department to approve it. Those guardsmen are still serving in the higher nominated rank while they wait, but getting paid at the lower rank.

“It’s a huge morale issue,” J.C. Cardinale, joint legislative programs manager at the National Guard Association of the United States told Federal News Network. “We see it in some of our retention numbers and if you poll the force it’s a huge deal. You’re doing the job, you’re sitting in the seat basically of that higher rank, but not getting the pay of the work you’re providing.”

While the law has changed to give recognition to guardsmen who were waiting a year or more for promotions, without the directive there’s no way for a waiting guardsman to raise his or her hand and ask for help from the Army. Likewise, there is still no way for the Army to spot a guardsman whose promotion has languished and help him or her get backpay.

“Which office do you have to talk to? Who is the approval authority? How is that request pushed all the way up to the secretary?” Cardinale said. “I don’t think a process exists yet. I’m sure they are working on one. That is the natural next step because the Army asked for the authority to do backpay and back-date-of-rank, so we just want to know how they’re looking to implement that.”

To the Army and National Guard’s credit, they have shrunk the average amount of time it takes to complete a promotion.

Last year, a NGAUS survey stated 49 percent of the more than 3,100 guardsmen they polled said more than 196 days passed between state recognition and federal recognition of a promotion. Of the rest, 37 percent waited between 196 days and 120 days and only 14 percent were promoted in less than 120 days.

Vandermaarel told Federal News Network that the Army decreased its federal recognition timeline by about 40 days.

Cardinale said guardsmen expect for it to take a few months to get their promotion, but it gets out of hand once it starts pushing a year or more.

The Army issued a report last November detailing the steps it is taking to shorten the timeline.

The service added staff, streamlined internal staffing of selection board products and eliminated steps wherever possible.

The Army wants to slim down the total time to approve a promotion to 100 days. At this point it still has about 40 days to cut out until it reaches that mark.

“There’s still progress to be made and I think digitizing the process is the way to get the last 30 or 40 days out of the process,” Cardinale said. 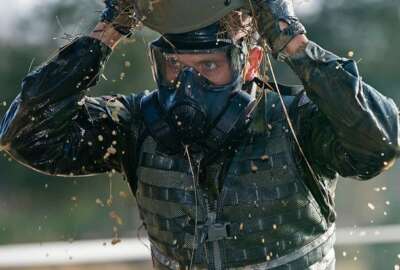 Army open to giving guardsmen back pay for delay in promotions 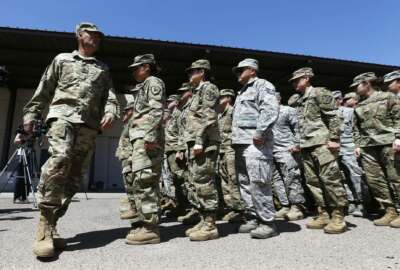 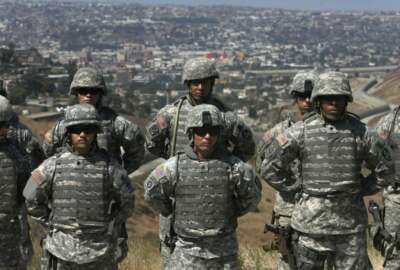