Army open to giving guardsmen back pay for delay in promotions

The top civilian in the Army says he is open to providing back pay to members of the National Guardwho have been waiting for months for the Army to approve their promotions.

Some National Guard officers are waiting more than half a year for their promotions to receive federal recognition. It also means guardsmen are being paid at their previous rank’s level while doing the work expected in their new rank.

The top civilian in the Army says he is open to providing back pay to members of the National Guardwho have been waiting for months for the Army to approve their promotions.

Some National Guard officers are waiting more than half a year for their promotions to receive federal recognition. It also means guardsmen are being paid at their previous rank’s level while doing the work expected in their new rank.

“There’s a back pay issue, where you don’t get your next rank’s pay until you are recognized in that position. You’re serving in a grade that’s higher. You’re serving in that next position, but you’re not getting that time in grade,” J.C. Cardinale, legislative affairs manager at The National Guard Association of the United States told Federal News Radio. “What it really comes down to is a retention issue for us. You’re creating this deep frustration in the Guard.”

Now, Army Secretary Mark Esper said he’s open to giving those guardsmen money for their work, but he wants to check with the National Guard first to before making any decisions.

Esper acknowledged, during an April 12 Senate Armed Services Committee hearing, that the wait time for National Guard promotions is out of hand.

Esper said one of the main issues is the process itself.

“The numbers are too long and unacceptable and frankly in my time in the Guard I had a similar action happen to me,” Esper said. “What we are doing is we are digging through it right now. Part of the challenge is there are multiple steps. The process begins at the state [adjutant general] level and goes through the [National Guard Bureau], the G-1 (Army Personnel} and in some cases the Senate if it’s a colonel or above.”

The secretary noted the Army added more manpower to the problem and is looking into better automation.

“I think there are ways we can reduce the time, there’s about 30 to 45 days added on to determine they have exhibited exemplary behavior and then there are other things out there that may require congressional action,” Esper said. “Part of the process as I understand is the scrolling, which is an antiquated pen and paper process, which also adds time to it. We are trying to attack it on a number of fronts, but it needs to be much, much more timely.”

NGAUS found that 49 percent of the more than 3,100 guardsmen it polled in the February FedRec survey said more than 196 days passed between state recognition and federal recognition of a promotion. Thirty-seven percent waited between 196 days and 120 days and only 14 percent were promoted in less than 120 days.

“This process is 110 percent ridiculous,” one respondent commented, according to a NGAUS press release.

Sen. Elizabeth Warren (D-Mass.) was frustrated with the delays.

“I understand the need to thoroughly vet our officer corps, but this has become a morale issue for the Guard and I don’t think it’s right to make our junior officers pay the price for bureaucratic delays and antiquated systems regardless of where those delays originate,” Warren said.

The promotion issue comes as the Guard is putting more demand on some of its troops.

In 2016, Stryker brigades were required to take on more training.

“We don’t have nearly as many of those [units] as we do our infantry brigades, and as you look at requirements around the world, they are units that have to maintain higher levels of readiness,”  Lt. Gen. Timothy Kadavy, the Army National Guard director, said last summer. “The other thing that makes it more complicated is the logistics in supporting large armored and Stryker formations. Logistics in terms of fuels and ammunition and just the large numbers of soldiers in those formations, nearly 4,000, and getting them all on the field at the same time fighting together, maneuvering together.”

National Guard officers waiting more than half a year for promotions 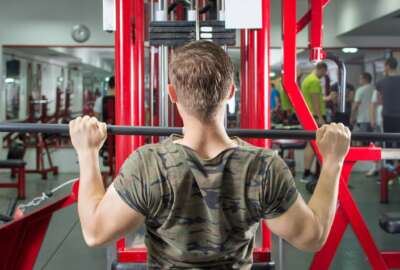 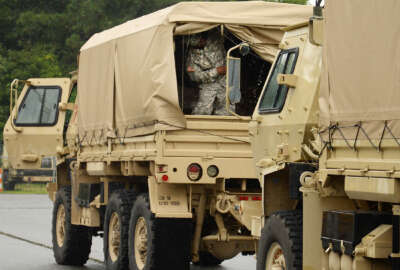