Increased patrols, long lines at bases: What the Iran threat might mean for DoD workers

There is an anticipatory air around the U.S. military after Iran promised retaliatory action against the United States for killing top Iranian military official Qassem Soleimani.

The Pentagon is taking the Iranian threats very seriously, and in response is tightening security on bases and likely warning troops to stay vigilant and monitor the way they use computers.

“While we will not discuss specifics, U.S. Northern Command is implementing additional force protection condition measures to increase security and awareness for all installations in the U.S. NORTHCOM area of responsibility,” NORTHCOM spokesman Maj. Mark Lazane told Federal News Network in a statement Monday.

“I can’t get into intelligence,” Esper said during a Monday gaggle with reporters at the Pentagon. “We are obviously tracking a lot of different reports and threat streams. It’s something we pay close attention to.”

While the Defense Department is staying tight lipped about its security precautions, Iran poses threats to bases and in cyberspace.

Cancian said Iran is likely to continue what they’ve been doing the last six months: the actual Iranian force will not attack humans. Iranian forces are likely to do something like shoot down another U.S. drone, which they already did last June.

As for less official channels, that’s where things get murky.

Cancian said Iran is likely to employ suicide bombers not affiliated with the state to attack U.S. assets as a means of exacting revenge and drumming up support from extremists. The state will likely continue to attack U.S. assets in cyberspace as well, trying to get into infrastructure or important websites.

What the military is likely doing about this is staying on high alert.

“In the Gulf they are beefing up already high levels of security. It’s a double red,” Cancian said.

Bases in the Persian Gulf are increasing patrols around their perimeter, Cancian said. They are also very concerned about vehicle attacks. Any vehicles going on bases will be subject to vehicle searches where troops will inspect inside, outside and underneath cars.

Cancian said he has not seen as much noticeable change on bases within the United States. He said vehicle searches usually cause long lines at bases like Ft. Meade, Maryland and Marine Corps Base Quantico in Virginia.

That has not happened yet, but Cancian said during the Gulf War lines to get on base could be hours long.

Ft. Myer, Virginia is likely already taking these precautions because of the high profile military figures who live on base. Chairman of the Joint Chiefs of Staff Gen. Mark Milley along with others make their home on the base overlooking the Potomac River.

Cancian said troops might expect some extra cyber training to refresh their memories on what not to do while they are online.

The physical and cyber threat Iran poses is causing lawmakers to rethink how the U.S. should protect its assets.

“It’s time for a tour of all of our bases around the world, particularly where we are there at the tenuous invitation of a government,” Rep. Mike Gallagher (R-Wis.), co-chair of the congressionally established Cyberspace Solarium said Tuesday at the Council on Foreign Relations in Washington. “For a very small investment of resources and asymmetric capabilities our adversaries can inflict enormous damage on exquisite weapons systems.”

Sen. Angus King (I-Maine), the other co-chair of the solarium, said the United States needs to increase its red teaming to better prepare for cyber attacks.

“We want the most bloodthirsty, vicious, brilliant hackers in the world trying to hack our own networks so they can tell us where the problems are,” King said. “That’s one of the best techniques to build resiliency into the system. You don’t really know how safe you are until somebody comes after you. It does happen, it is happening, but I think that’s a principle we ought to be pushing both within the federal government and the private sector.” 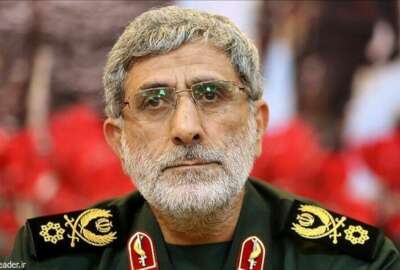 Iran general steps out of Soleimani’s shadow to lead proxies 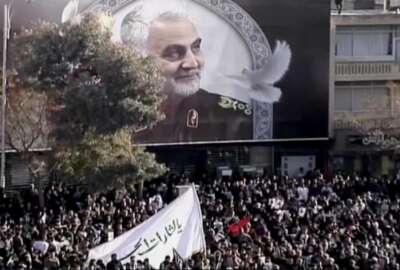 The Latest: Japan calls for easing of Middle East tensions