The Defense Department’s process for moving troops’ personal items during changes of station took another hit Wednesday as a new report found 41% of shipments made by moving contractors and reviewed by the DoD Inspector General were not delivered on time.

The IG report comes as Congress is balking on letting U.S. Transportation Command award a $2 billion contract for household goods delivery, which will pare down the 950 vendors DoD uses to ship service members’ personal items down to just one entity overseeing multiple subcontractors by 2021.

“Over the last five years, the permanent change of station season has become more and more horrendous to deal with. The major moving companies awarded the contracts often subcontract out to smaller, local companies,” the authors of the petition state. “These companies also do a poor job in packing and handling of the household goods.”

The DoD IG states in the report that due to the untimely shipments, “DoD members and families incurred additional costs for lodging, food, and rental or purchase of household necessities, which may be compensated through an inconvenience claim.”

TRANSCOM shipped $1.3 billion worth of goods in 2018. The Defense Personal Property System (DPS) reported 21 percent of all domestic shipments had at least one damage claim filed that year.

Additionally, the DoD IG found the DPS system had limitations and inaccuracies in the date and location of deliveries and did not always update damaged household goods claims.

DoD thinks it has a solution to the slew of disparate moving companies hired to transport service member goods in its Household Goods Relocation Services Contract, which has one company manage certified moving contractors.

Currently, service providers compete for work regionally or nationally, and they are managed separately by each service in regional offices. Businesses are given codes to work in the Defense Personal Property System.

“At the end of the day there is no particular mechanism to hold that code accountable,” TRANSCOM leader Gen. Stephen Lyons said last October. “If I’m a regional property office and I say, ‘Your performance is substandard and I’m not awarding any more work to you in the northeast region.’ If you go to the southeast region they’ll never know the difference. If I’m a consumer, I find that problematic.”

DoD does not provide service members with any ratings or reviews on vendors.

With the new contract TRANSCOM wants clear metrics and grading to measure performance. The contract mandates increasing performance thresholds as the contract ages.

“CEOs would be accountable for their level of performance,” Lyons said. “That does not exist today. Unfortunately, intermediate management — people who aren’t actually asset owners — started to sweep up 15% to 17% of the codes. The middle management piece is getting very, very wealthy. The folks at the curbside that are sweating are really sweating, and they are having a hard time making due.”

DoD isn’t doing much to give service members faith in their ability to rate moving companies and hold them accountable.

Military.com reported in December that due to a system glitch troops were not given surveys during 2019’s peak moving season meant to weed out bad companies. About 185,000 missed out on giving their opinion on movers due to the mistake. The glitch wasn’t noticed for six months.

The DoD IG report holds a handful of recommendations for TRANSCOM like issuing warnings or letters of suspension to moving companies within 14 days of missing a delivery date.

The deadline for the request for proposals on the contract was late last year.

However, the 2020 defense authorization act adds extra requirements by prohibiting TRANSCOM from awarding the contract until April 1 after the Government Accountability Office analyzes options for restructuring the process. The law also requires TRANSCOM to prepare a business case analysis for the proposed award of the contract.

The 2020 defense spending law similarly delays the contract until April.

Some of the delays stem from concerns from the American Moving and Storage Association. The organization wrote a letter to TRANSCOM and openly lobbied Congress about the issues it had with the contract.

Those include concerns that enough small businesses will be able to participate, timely payment of subcontractors and clarity on how the management structure will work.

The association asked for a working group made up of industry experts to add their two cents about the contract. The compromise was the GAO report.

“We are concerned that we don’t have any control over GAO’s findings and the study could negatively portray our industry’s role in the current program,” ASMA president and CEO Scott Michael wrote in a statement. “GAO has no power over DoD, and they may not agree with DoD’s findings. We are not opposed to a GAO study, but we think there is a better way: to give our industry a larger voice in the process through a working group.” 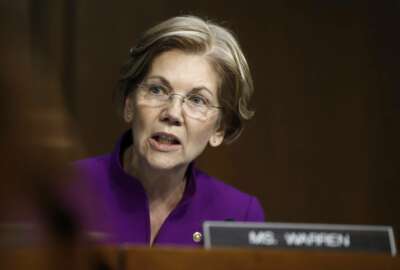