The Defense Department is getting what seems like almost universal pushback on its legislative proposal to classify its spending plans for future years.

The Pentagon floated the proposal for the 2021 defense authorization bill. It would hide the Future Years Defense Plan (FYDP) from the public, the Congressional Research Service and the Government Accountability Office. The FYDP calculates what DoD thinks it will spend on programs and services five years out from the present.

DoD would provide Congress with a combined classified and unclassified FYDP under the proposal.

“The department is concerned that attempting publication of unclassified FYDP data might inadvertently reveal sensitive information,” the proposal states. “With the ready availability of data mining tools and techniques, and the large volume of data on the department’s operations and resources already available in the public domain, additional unclassified FYDP data, if it were released, potentially allows adversaries to derive sensitive information by compilation about the department’s weapons development, force structure and strategic plans.”

The proposal goes on to state that DoD does not know what information adversaries already possess, so it wants to limit the release of additional unclassified information.

The proposal further states concerns about industry getting a leg up from the FYDP.

“Exposing resources allocated to future acquisition plans may encourage bids and other development activities not beneficial to the government,” the proposal states. “The department has long-standing policies that are designed to prevent the release of FYDP information to prevent commercial interests from gaining an unfair advantage in future acquisition actions. These policies require that Department of Defense contractor personnel must have a valid ‘need to know’ before being permitted to access any planning, programming, budgeting, or execution information, including the FYDP, whether classified or unclassified. “

Lawmakers on both sides of the aisle, oversight groups and industry advocates are all reacting negatively to the ideas.

The @DeptofDefense wants to stop producing an unclassified version of future spending plans? Not on my watch. As Vice Chairman of Senate Appropriations & longtime transparency champion, I’m not going to let the military hide its spending plans from the taxpayers who fund them. https://t.co/KrV6qe2fSI

Transparency brings acctability but DoD wants neither Ridiculous proposal 2classify entire DoD future spending plan which has been unclassified since 1989 Shld b roundly rejected by Congress! Ppl deserve to know what Pentagon is planning to spend + it’s the ppl’s biz/taxpayer$$

Mandy Smithberger, director of the center for defense information at the Project on Government Oversight, said the proposal is an overreaction.

“The creation of the FYDP came in the wake of many Pentagon scandals,” Smithberger told Federal News Network. “It shows where there are likely to be cost overruns, where there are shortfalls and ultimately you are seeing the amount of risk the department might be taking in their plans.”

Smithberger said it was absurd that DoD would express concerns about the commercial sector taking advantage of the FYDP when Pentagon leaders are on the phone every day talking to industry.

Wes Hallman, senior vice president of strategy and policy at the National Defense Industrial Association, told Federal News Network he was “very surprised” by the proposal.

“Being able to message industry about buying plans so companies can target their independent investments in various technologies and capabilities for the warfighter of the future is vital,” Hallman said. “I don’t think that gives anybody an unfair advantage because you are giving that signaling to the entire industry that is then going to compete and then build those innovations for the future. That’s why an unclassified version of the FYDP is so important.”

“Classifying the FYDP numbers negates meaningful unclassified defense budget analysis, which has serious implications from congressional oversight, public transparency, and industry perspectives,” Tara Murphy Dougherty, CEO of Govini, told Federal News Network. “What ought to be classified —the crucial context around why the Department is making the decisions and tradeoffs that are reflected in the FYDP — already is: Program Budget Review, Program Objective Memorandum, etc.” 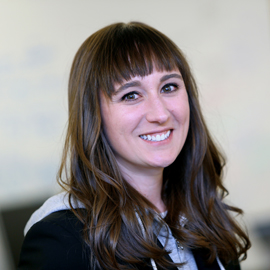 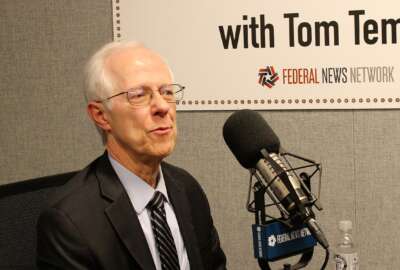