It’s the time of year for defense amendments. After the House Armed Services Committee had first crack at submitting amendments to the 2021 defense authorization bill, it’s now the full House’s turn. The legislative body didn’t disappoint, as lawmakers submitted more than 700 amendments to the bill.

Now that they’ve been sifted through, some have already made it into the bill. We’ve broken down some of the most important to know.
No more TikTok

It’s the time of year for defense amendments. After the House Armed Services Committee had first crack at submitting amendments to the 2021 defense authorization bill, it’s now the full House’s turn. The legislative body didn’t disappoint, as lawmakers submitted more than 700 amendments to the bill.

Now that they’ve been sifted through, some have already made it into the bill. We’ve broken down some of the most important to know.

An amendment by Rep. Ken Buck (R-Colo.) would prohibit TikTok or any other successor application developed by ByteDance, including sister companies, on any government device.

While the dances and memes are great, the government has serious concerns about TikTok’s connections with China and the possibility for data mining.

It’s probably a safe bet that the Senate will agree with this provision.

Lobbying activities are a sensitive issue in the Defense Department, and there are plenty of former military officials now working for defense corporations.

Rep. Jan Schakowsky’s (D-Ill.) amendment would require companies entering into commercial contracts of $10 million or more to submit a list to DoD of former Pentagon officials working for the company. The list would include former members of the Senior Executive Service, former DoD employees paid as an O-6 or higher and former program managers.

It’s been a year and half since Congress started investigating reports of mold, mice, lead paint and other substandard living conditions in privatized military housing.

Lawmakers are continuing to add protections and oversight to protect families and keep companies accountable.

Rep. Brian Fitzpatrick’s (R-Penn.) amendment would require regularly testing houses known for severe environmental hazards, and assessing their possibility for mitigation. It would also test for lead paint and require that residents be notified of the test results within 48 hours of getting the results.

Fitzpatrick’s amendment is joined by Rep. Jimmy Panetta’s (D-Calif.), which outlines the metrics that need to be in place for each housing contract to adequately measure condition and quality. They include tenant satisfaction, maintenance management, project safety and financial management. The contract must also outline the limits of the survey data, how the indicators were calculated and whether relevant data is missing. Panetta’s amendment gets at concerns about surveys not properly reflecting the actual feelings of tenants.

Those amendments join Rep. Kendra Horn’s (D-Okla.), which was added in committee. Her amendment standardizes mitigation efforts in privatized housing. Her amendment requires DoD to provide guidance on displaced families returning to their homes and the availability of reimbursement. The bill also establishes a working group to create policy for making a determination for when there is mold in a house and a family should be relocated.

The amendment creates a liaison for exceptional military families, and requires DoD to report on criteria and metrics used to evaluate the performance of landlords who receive incentive fees.

It’s never easy to get out of that cable, internet or phone contract. Service members found that out the hard way when the coronavirus messed up their permanent change-of-station plans this year. DoD put a stop move order out in March, and many families who had already entered into contracts were stuck paying bills in houses they never moved into.

Rep. Mike Levin (D-Calif.) wants to put an end to that. His amendment would allow service members to get out of a contract if their move is interrupted by an emergency. 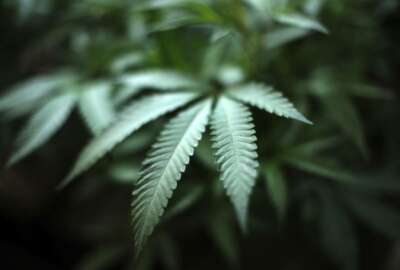