The House passed its version of the 2020 defense authorization bill on Friday by a vote of 220-197, setting up a battle with the Senate over how much money Congress will authorize in defense spending next year.

The main sticking point between the two bills — and the reason most House Republicans voted against the bill —...

The House passed its version of the 2020 defense authorization bill on Friday by a vote of 220-197, setting up a battle with the Senate over how much money Congress will authorize in defense spending next year.

The main sticking point between the two bills — and the reason most House Republicans voted against the bill — is the topline authorization. The Democrat-held House bill allows $733 billion for defense spending in 2020, while the Republican-led Senate bill allows $750 billion.

That $17 billion will be caught in a tug-of-war as the two houses go to conference over the bill. Democrats say Republicans want to use the extra $17 billion for “pet projects,” such as barriers for the wall on the southern border.

“To authorize spending beyond the guidelines provided by the House is like playing with monopoly money, making the House Armed Services Committee and its recommendations irrelevant,” committee Chairman Adam Smith said in June. “Abandoning our offset tradition and authorizing an additional $17 billion beyond the topline mocks our men and women in uniform, who the minority claims to support. This money simply doesn’t exist. Not only that, it won’t buy another bullet for a soldier, fund military construction projects, or provide our service members with the 3.1% pay raise they deserve.”

The White House already signaled its displeasure with the lower topline in a July 9 statement of administration policy and threatened to veto the bill if a $733 billion topline made it to the president’s desk.

The statement also notes that the administration does not like how the bill moved funds from an emergency war account back into the base budget. The president’s budget request put nearly $100 billion of base budget funding into the overseas contingency operations (OCO) fund, which is not beholden to sequestration caps. The administration used OCO as a means of avoiding the Budget Control Act caps set on the 2020 budget.

Both defense authorization bills move that money back into the base budget. Lawmakers are concerned OCO is becoming a slush fund for DoD and military officials say it causes issues because it only allows the Pentagon to budget for one year since the future use of the fund is in question.

A deluge of amendments attached itself to the House version of the defense authorization bill. Lawmakers offered more than 430 amendments and a large number of them made it into the House bill.

Federal News Network compiled a handful of significant amendments that made it into the bill.

Climate change is becoming a recurrent issue in the defense authorization bill debates. An amendment from a previous authorization act asking for a list of bases vulnerable to climate change caused a ruckus this year over how DoD responded. 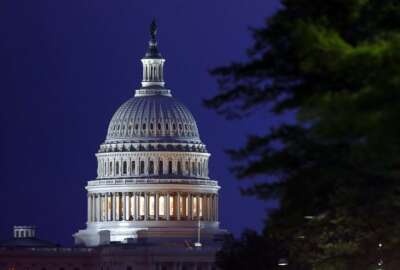 Now lawmakers are asking for more information from the Pentagon and are using the information they already have to ensure the safety of military installations from extreme weather.

An amendment from Rep. Charlie Crist (D-Fla.) requires the defense secretary to account for sea-level rise projections and future flood risk when creating guidelines for energy and climate resiliency at military bases.

The amendment asks the secretary to take into account historical data and current conditions when building those timelines and to consult with the heads of other departments for energy, climate and cyber resilience.

A separate amendment that made it into the bill from Rep. Veronica Escobar (D-Texas) directs DoD to put a dedicated line in its budget for “adaptation to and mitigation of climate-related risks to military networks, systems, installations, facilities and other assets.”

The amendment also asks for an estimate of anticipated adverse impacts to readiness and the financial costs covered by the budget because of climate change.

DoD already had to ask for extra funds to rebuild Air Force Base Tyndall and Camp Lejeune, which were both devastated by hurricanes.

President Donald Trump’s restriction on transgender people in the military caused a stir throughout the military and civilian world. After multiple court injunctions and changes to the policy, the restrictions went into effect.

Still, as recently as last week top military officials said anyone who meets the requirements to be in the military should be allowed to serve. Army Chief of Staff and nominee to be the next chairman of the Joint Chiefs of Staff, Army Gen. Mark Milley, reiterated that point during his nomination hearing last Thursday.

“If you meet the medical, behavioral health, the conduct standards and physical standards, etc., then it’s my view that you should be welcomed in,” Milley said.

At the end of May the Government Accountability Office found black and Hispanic men were more likely to be court martialed.

GAO recommended “the services develop the capability to present consistent race and ethnicity data, and DoD include demographic information in military justice annual reports and evaluates the causes of disparities in the military justice system.”

Cummings’ amendment requires DoD to record the race, ethnicity and gender demographics of the victim or accused during a court martial. The amendment also requires DoD establish criteria for when data indicating possible racial, ethnic or gender disparities in the military justice process should be further reviewed and how that review should be conducted.