In Russia, private military companies controlled by oligarchs with ties to President Vladimir Putin pose a growing threat to U.S. interests. Senior military fellow at the Center for Strategic and International Studies, and active duty Marine Corps Lieutenant Colonel Joe Moye, said the Defense Department needs to develop a strategy to deal with so-called PMCs. U.S. armed forces could find themselves in hot conflict with PMCs – then what? He offered some answers on Federal Drive with Tom Temin.

Tom Temin: So these PMCs, private military companies, describe them for us. Who are they? What do they do typically for Russia?

Lt. Col. Joe Moye: So I guess Tom I should start off with, as an active duty marine, what I’m going to talk with you about today are my views from my research and don’t in any way represent the United States government policy, Department of Defense, the Marine Corps or the Navy. So when we talk about private military companies, the term that we use PMCs, as we use it, refers to any company that performs a tactical support mission during military operations, train state and non state forces, or conducts any other military support force. What makes Russia different than other countries private military companies, is that Russian PMCs are specifically prohibited by Russian penal code. And so Russian law prohibits private military companies, so mercenaries in another term. And so these companies work outside of Russia, and get contracts outside of Russia. And so what we’re seeing is this is somewhat of a control mechanism. And the fact that their legal status is what it is, they operate outside of and presents another form of deniability for the Russian government.

Tom Temin: Got it. And the contracts that they get come from Russia?

Lt. Col. Joe Moye: So some of the companies that are within this network of shell and front companies do have contracts within Russia, but under a different name and a different context. So a security company or a services company, but the larger private military companies are getting contracts with other nations. For example, getting a contract in Mozambique, getting a contract in the Central African Republic. So they’re getting contracts elsewhere, but they’re based in and out of different places.

Tom Temin: Yeah, that’s an interesting twist on interpreting your own laws if something’s illegal in your own country, but go ahead over to Ukraine or something and do whatever. But do they take orders from the Russian military?

Lt. Col. Joe Moye: Well, there is no overt direction from the Russian military, but reports and studies have shown that there is a connection between organizations within the Russian government and private military companies. You see that in Ukraine, you see that in Syria, and you’ve seen that in Libya, and other smaller countries. So while there is no publicly overt connection, you can infer and see those ties.

Tom Temin: They’re almost like underground mercenaries in some sense.

Lt. Col. Joe Moye: Well, they’re almost a semi-state entity as it’s been described by others.

Tom Temin: And what is the danger then to U.S. interests? How do they mix up the idea of conflict that we have diplomatically I guess, at this point, financially with Russia? So far, thank God not militarily.

Lt. Col. Joe Moye: Well, Tom, what the colonel and I in our article really wanted to highlight the dangers to the Department of Defense and military personnel, right? And so there’s a much broader context with Russian PMCs, from state to state. But when you look at the tactical units that the United States has deployed overseas, for whatever we’re sending them for, the danger to those units is their interactions, and colocation with private military companies, and the potential for intersection and engagement. We want to make sure that our service members that are deployed overseas, are better armed and prepared for encountering these entities. And that’s really what we want to focus our paper on.

Tom Temin: The implication being that our military is proscribed from open warfare shooting at civilian entities basically, has to do with our rules of engagement. Is that a good way to put it?

Lt. Col. Joe Moye: Exactly. We don’t want to put young service members in a bad situation where they’re not prepared, or know exactly what their rules and guidelines are, when engaging or encountering these companies.

Tom Temin: We’re speaking with Joe Moye, he’s senior military fellow with the Center for Strategic and International Studies and a lieutenant colonel in the Marine Corps. So what could be some possible strategies for the Defense Department to deal with this potential?

Lt. Col. Joe Moye: Well, first and foremost, Tom, it’s understanding the environments that we’re going to be in. Anytime you’re going to conduct an operation or be anywhere, timely intelligence and understanding the environment will better prepare service members to know what potential threats are out there. And so that’s the first thing, is understanding your environment. And then providing clear guidance to units that are forward in countries that were operating or supporting, and making sure that they know how to deal with those individuals. And then, at the very least, active security measures to protect our force, right? So we have seen some private military companies from Russia, that are conducting cyber and information operations. And so being able to protect your own force is kind of rule number one, right? So making sure that disinformation campaigns aren’t putting service members at risk while we’re trying to advance U.S. interests.

Tom Temin: And just as a practical matter, are the people that work for these PMCs trained in any way in military tactics? And are they equipped with military grade weapons, for example?

Lt. Col. Joe Moye: So a lot of the PMCs are former military and intelligence personnel from Russia. That’s no different than other PMCs that you try to find talent to perform the tasks that those private military companies are getting contracts for, whether that’s security, whether that’s training local forces, whether that’s conducting cyber and information operations, they are looking for talent from within their populations. And so yes, you will find PMC contractors that are skilled in military tactics, in cyber, in all kinds of skill sets.

Tom Temin: So let me pose a scenario. Suppose in a given location, U.S. forces are trying to, say a peacekeeping mission or an observational mission, and they find that their communications are being jammed, for example, and their back and forth communications are being subject to cyber attacks, their systems that they have deployed there. And suppose they know the locus of where that’s coming from, and it’s a PMC. What could be a possible response? Could they go in and push the people aside and smash up all of the equipment that’s doing the jamming and the cyber attacks, but then they would be likely to encounter protective shell people that are trained and have background, as you mentioned, so what could happen in a situation like that?

Lt. Col. Joe Moye: Tom, that’s why it’s important to be able to lay out the guidance on those rules of engagement, right? Because even though it’s suspected that these private military companies are a arm of Russian influence in the government, they are still civilians, right? And so we have to make sure that our service members know what they can do. And so there’s all possible scenarios that could come from that. The best possible scenario is that the commanders on the ground are given the authorities and resources to protect themselves and that they’re making good decisions without escalating between nations.

Tom Temin: Sure, and that they don’t get second guessed back in Washington, say in the halls of Congress. Maybe you can’t go there.

Tom Temin: Alright. But it is fair to say that for the Defense Department to have this kind of strategy in place, this kind of education, it really is a whole-of-government need in terms of force protection for the U.S. military.

Lt. Col. Joe Moye: Yes. So we’ve seen what can happen when PMCs and U.S. forces are co located, right? So in 2018, American forces defended themselves in Syria when we’re advanced by a private military company, and local forces. And so the rules of engagement were in place, and open communication with the Russian government was in place. And at the end of the day, the American forces there had the inherent right to self protection. And they exercise that. And so what we want to be able to do is ensure that across the spectrum of conflict, that all forces have that in place so that they’re not put in a bad place there.

Tom Temin: So we know now this is not purely a potential then?

Tom Temin: Joe Moye, senior military fellow at the Center for Strategic and International Studies. He’s a lieutenant colonel in the Marine Corps. Thanks so much for joining me. 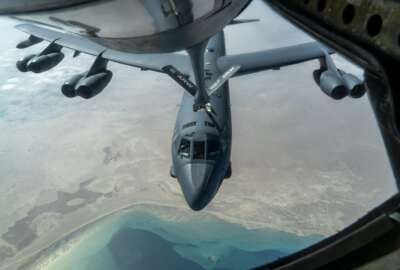 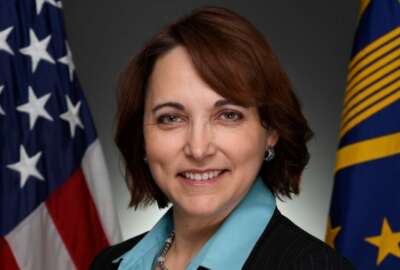 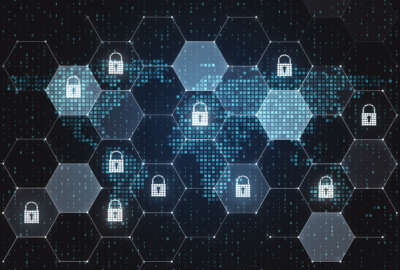