The armed services are drowning in ink

If the armed services didn’t allow tattoos, they’d probably have to cut the forces in half. In recent years, they’ve relaxed rules on allowable tattoos, responding to the fact that ink has become a cultural norm. It’s also become a recruitment and retention issue. The Government Accountability Office surveyed the armed forces policies, and came up...

If the armed services didn’t allow tattoos, they’d probably have to cut the forces in half. In recent years, they’ve relaxed rules on allowable tattoos, responding to the fact that ink has become a cultural norm. It’s also become a recruitment and retention issue. The Government Accountability Office surveyed the armed forces policies, and came up with a few recommendations. The Federal Drive with Tom Temin  got the details from the GAO’s director of defense capabilities and management issues, Brenda Farrell.

Tom Temin: And what was the impetus of looking at tattoo policy? Because it seems like pretty much they’ve thrown in the towel in the armed services. And if it’s not on your face, or your hands, it’s okay. So what’s left to be looked at here?

Brenda Farrell: So those have been recent changes. This was a statutory mandate to GAO to look and see if DoD had determined the impact or the effect of tattoo policies on recruiting and retention. What we found is, you’re right. Tattoos today are allowed almost anywhere on the body with the exception of the face, and the head. But these have been recent changes, the services have been updating their policies, right up to practically when this report was issued. The time period we looked at was 2016 to 2022. And we found many changes had taken place. Most of the permissions and the restrictions of the armed forces focus on the content, the location and the size. But you’re right, there have been a number of changes.

Tom Temin: And the only thing left them aside from the restriction of the head and face then would be content. It sounds like and are they still fairly restrictive. That is to say you can’t put I don’t know sexually explicit types of symbols or swastikas and the kinds of things, you unfortunately see on people from time to time.

Tom Temin: Right. And so therefore, your recommendations concerned, it seems to be centering on the fact that they don’t have a lot of objective research on the effects that this might have on recruiting and retention.

Brenda Farrell: No, there’s a couple of things at play here. We were looking to see if DoD had done such an assessment to make a determination. And the officials told us and we also looked at a lot of the data to see if there was something tattoo specific that could be used in an analysis to determine that, that effect and there is not. The officials had been making changes or updating their tattoo policies based on general discussions and studies that are related to tattoo-related information that’s been done by DOD commissioned forces, such as the joint marketing research and studies has done a couple of surveys looking at youth and the prevalence of having tattoos, The Air Force has looked at information regarding those who weren’t accepted as well as the Coast Guard. And changes have been made to help increase that applicant pool so that they can bring people in. Our recommendations are focused more on clarifying the policies, even though when we talk with officials, we found that there were waivers or exceptions for having tattoos in unauthorized places. The policies of the armed forces aren’t really clear in terms of who can qualify the recruit and or the service member or the policies applicable to both. They weren’t always clear who the policies were directed at, as well as under what conditions can there be waivers or exceptions for having a tattoo out of the authorized position, and the approving authority was not clear in these many of these policies. And it’s, it’s very important, because the recruiters need to understand clearly what is accepted and allowed and if it’s not allowed, is there a waiver so a possibility that that person could still come into the service, as well as the commanders need to have clear policies so that they are clearly informed on what they have to make decisions based on.

Tom Temin: We’re speaking with Brenda Farrell, she’s director of defense capabilities and management issues at the GAO. So yes, It has to be clear to the recruiters because the military services shouldn’t have people coming in that a recruiter thought was qualified. And then someone up the line says, Wait a minute, this person has something or other on the side of their ear or their forehead or something. And that’s the type of issue that could come up?

Brenda Farrell: It is. And as I said, the policies, all the policies practically, have been revised in recent years, and changes were made, including this year and 2022. So making sure that those policies are clear, and it’s communicated to the right people is very key. But you know, they’re still you know, the size and the location still can be a factor, even if it’s in an authorized part of the body. So there’s still quite a bit that recruiters and commanders need to understand.

Tom Temin: Yeah, it’s kind of strange, because you would think that what difference does it make if a tattoo is not on the neck or head or face or something? Because when you ordinarily see a member of the armed services, whether on duty or around, all you see is their head and neck and their hands, if they’re in uniform, and if they’re not, you don’t know whether they’re military or not, anyhow.

Brenda Farrell: Well, let’s take the Marine Corps, for example, and I was talking about the policies had been evolving to lift the restrictions back in May 2018, which was during the scope of our review 2016 to today, 2022. But in May 2018, the Marine Corps tattoo policy, did not allow sleeve tattoos. But in October of 2021, during the pandemic, the Marine Corps changed the policy to prevent tattoos, just about everywhere except the head, the neck, the face, and parts of the hand. It’s quite different from what it used to be for that service as it is for many of the others. But there’s still some restrictions in place. But there could be waivers for a person who does have tattoos on their neck.

Tom Temin: Right, then your basic recommendation is some sort of clarity and harmonization, then of the exceptions policy and the waivers policy?

Brenda Farrell: Yes, the policies appear about tattoo policy in the appearance of what the service members are supposed to adhere to. And, as we said, most of the services do allow waivers for recruits, and those who are already in the service. But the policies don’t specify necessarily that the waivers apply to recruits, or the waivers are applied to both recruits and service members. So there’s a lack of clarity. If you’re a service member came in, you didn’t have a tattoo, then you got a tattoo, you’re getting ready to enlist, you think, “Oh, I can’t do that, I’ve got this tattoo”. But there are exceptions for service members. So it’s not clearly laid out in policy. And that’s part of the problem is getting those policies clear. So sure, these sections apply to under what conditions who’s the approval authority, and how they go about the process is very key for DoD to ensure that it is bringing in recruits who otherwise may not have been accepted.

Tom Temin: And did you get a generally “yes, we agree,” reaction from the Defense Department?

Brenda Farrell: We did. And I want to emphasize this is looking at all the armed forces. So we’re talking about the Army, the Navy, the Air Force, the Marine Corps, as well as the newly established Space Force and the Coast Guard. And they were in general agreement with the recommendations and we’re hoping that they’ll move out on those quickly.

Tom Temin: It’s quite a long time since the tattoo consisted mainly of maybe a sword and a snake while you were on shore leave with maybe too many beers?

Brenda Farrell: That I’m not that familiar with. But you know, today’s youth, as I noted that DoD has commissioned studies and I mentioned the joint advertising and market research study that found about half of the youth those between 16 and 24, had tattoos on their elbow and about a quarter of the youth had tattoos below the knee. All indications are tattoos are much more prevalent than they used to be much by the youth, and much more accepted socially.

Tom Temin: Well get used to it, kids. By the time you’re old enough to retire, you’ll regret it. Brenda Farrell is director of defense capabilities and management issues at the GAO. 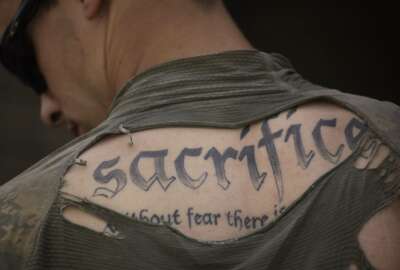 The Army is adjusting its tattoo policies, in the hopes of attracting more recruits 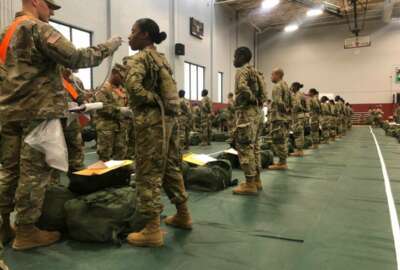 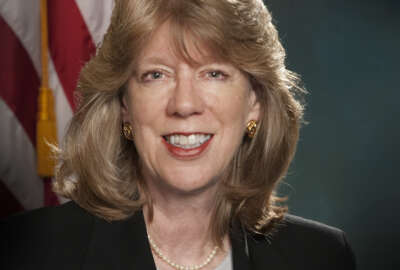