Congress has one week to pass a budget for 2017 and while analysts expect the Defense Department to come away fully funded, the Office of Management and Budget is preparing the Pentagon for the potential of a government shutdown.

But even if DoD gets its 2017 money, it will only have five months to spend what Congress mandates in its appropriations bill.

That comes out to about $5.2 billion extra compared to what DoD is...

Congress has one week to pass a budget for 2017 and while analysts expect the Defense Department to come away fully funded, the Office of Management and Budget is preparing the Pentagon for the potential of a government shutdown.

But even if DoD gets its 2017 money, it will only have five months to spend what Congress mandates in its appropriations bill.

That comes out to about $5.2 billion extra compared to what DoD is working with under a continuing resolution if the $577.9 billion defense appropriations bill passed by the House makes it through the Senate and onto the President’s desk.

In the meantime, OMB is holding a meeting with DoD and other agencies to discuss plans for a shutdown as a precautionary measure. Agencies are no strangers to these meetings, they were held in 2013, 2015 and twice in 2016.

While the Trump administration strongly believes a shutdown will not occur, OMB is advising DoD to consult with its general counsels to develop and maintain plans for a shutdown.

Last time DoD did that was in 2015. That memo told all military personnel to continue their normal duty, but they would not be paid until Congress funded the government. Civilian employees were told to prepare for a furlough or to report to work if they were considered necessary.

“The categorization of employees and whether or not someone is furloughed is not a reflection on the quality of an employee’s work, nor of his or her importance to the department. It is merely a reflection of the legal requirements that we must operate under should a lapse in appropriations occur,” the Sept. 25, 2015, memo read.

OMB is not expecting many changes to agency plans from 2015.

There are three options DoD will have to operate under depending on what Congress does in the next week: a passed budget, a continuing resolution or a government shutdown.

If a budget is passed

Supposing the House and Senate can pass a defense budget by April 28, the military will get all the money it expected to spend in 2017.

DoD and the military services have been spending their money as if the 2017 budget has already been passed, which means not much will really change for DoD.

The five months DoD has to spend its newly appropriated funds really won’t be that hard, Katherine Blakeley, a research fellow at the Center for Strategic and Budgetary Assessments told Federal News Radio.

“They’ve been anticipating this [money] for literally over a year at this point. They submitted the fiscal 2017 request way back in February of 2016, we are not almost seven months through the fiscal year. They’ve had a lot of time to think and to plan and to prepare,” Blakeley said. “They have a really good sense of where all this funding is going to go.”

Todd Harrison, director of defense budget analysis at the Center for Strategic and International Studies, said DoD has already spent more than half of the money anyway under the continuing resolution.

DoD doesn’t have to worry about new procurement programs the budget will mandate because funds for procurement usually have a three-year time limit.

“They’ll have more than just 2017 to actually spend the [procurement] money. They get the authority right now so they can go out and start entering into contract negotiations and signing contracts and getting things working in the pipeline, but they don’t necessarily have to spend the money. They don’t have to write the check and empty out the account by the end of this fiscal year,” Harrison told Federal News Radio.

Blakeley said DoD program managers have learned to plan around Congress at this point.

“They pretty much don’t plan for any contract action in the first quarter of the fiscal year. Obviously, we are here now in the third quarter of the fiscal year, but I think it’s very likely that they are basically biting their fingernails at their desks waiting for this money to be appropriated so they can plug it into these program they’ve been waiting on. I doubt very much they’ve been sitting idle in this very protracted delay,” Blakeley said.

One area where the truncated spending time might have an impact is in the plans to increase the force of the military services.

The services will have to ramp up their recruiting process with the money they get and in a shorter amount of time. The question is if the services can bring people in quickly enough without bringing them in too quickly and risk not having slots in training courses or spaces in units for them.

A shutdown would be the worst case scenario for DoD. It would stop all funding except for essential areas. No one would be paid and nonessential civilians would be furloughed.

The department said it took years to recover from the last shutdown. Both Blakely and Harrison said the chance for a shutdown is low.

A continuing resolution would still put DoD in a rough spot. The military service chiefs testified before Congress earlier this month that a yearlong CR would be the worst yet.

“It’s the cumulative effect. We’ve been doing CRs now for eight years and a shutdown in [20]13,” Army Chief of Staff Mark Milley said. “It’s like smoking cigarettes. One cigarette is not going to kill you, but you do that for eight, 10, 20 years, 30 years you’re eventually going to die of lung cancer.”

The Army expected a $4 billion increase for 2017 and had been spending its money that way. The Air Force is in the same boat with $1.3 billion.

The most likely result

What DoD should expect is a CRomnibus, basically a mix of CRs for some agencies and actual 2017 funding for others.

Harrison and Blakeley said it’s very likely that DoD will be one of the lucky agencies to get its appropriations bill passed.

The thing to watch is how much extra funds DoD will get compared to 2016 levels. The House bill gives DoD a more than $5 billion bump.

Harrison said it’s possible DoD could receive more than that considering the Trump administration asked for an extra $30 billion last month to rebuild the military.

Congress has to be careful in how it appropriates the money though. The budget caps from 2015 are still in place and if Congress appropriates past those caps sequestration will automatically be triggered.

One option is for Congress to put extra funds in the overseas contingency operations (OCO) fund, an account created to fund war operations.

Lately that fund has been used as more of a slush fund, say some experts, but the fund is not limited by sequestration caps.

Congress used OCO in the past to pay for some base budget items, so it may not be too reticent to do it again. 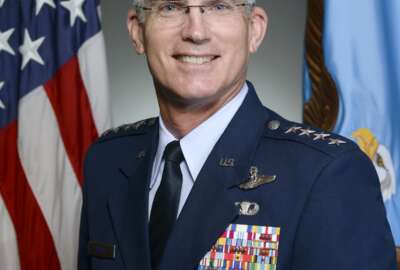