Defense Department employees may have to take a different path than the rest of the government when it comes to getting their security clearances.

The Senate version of a major defense bill wants DoD to take over its own security clearance process by the end of 2017 and to give a fast track security process to innovative companies.

Defense Department employees may have to take a different path than the rest of the government when it comes to getting their security clearances.

The Senate version of a major defense bill wants DoD to take over its own security clearance process by the end of 2017 and to give a fast track security process to innovative companies.

That bucks the White House’s plan to put government security clearance processes under a newly established National Background Investigations Bureau (NBIB). That bureau would report directly to the Office of Personnel Management.

Since the massive hack on OPM that compromised millions of federal workers’ personal data, many lawmakers have doubted the agency’s ability to oversee the process.

“The Senate’s skepticism grew to the need to actually authorize and require DoD to just take the process back over for all the DoD managed clearances,” said Trey Hodgkins, senior vice president for the public sector at IT Alliance for Public Sector said during a June 1 lunch with reporters in Washington. “They’ll be bringing all the service personnel clearances and the contractor and federal civilian employees within the department. All of those will come back over and be managed by DoD, which is what was approximately eight to 10 years ago.”

The bill requires DoD to submit a report to Congress in August that assesses how many employees will be required by the Defense Security Service to maintain its own process.

Congress also wants DoD to hurry along clearances for personnel from commercial companies with innovative technologies.

Within six months of the bill’s passage, the department would have to find ways to rapidly and inexpensively investigate security clearances for innovative company employees.

The provision is in tune with Congress and DoD’s overall push to recruit nontraditional companies. DoD is trying to pave ground with Silicon Valley and other innovative hubs to better its technological advantages.

DoD will still be responsible for the IT systems belonging to the NBIB. The agency, announced in January, absorbed the Federal Investigative Services, which currently conducts about 95 percent of federal background checks.

President Barack Obama asked for $95 million in his fiscal 2017 budget proposal to build the new IT and cyber systems.

“The reworking of the clearance process gives us an opportunity to redesign the underlying information infrastructure in a way that takes advantage of our experience, technology and cyber defense capabilities,” said Marcel Lettre, undersecretary of defense for intelligence.

Unless similar bills are passed for other agencies, non-DoD federal employees will still obtain their clearances from the NBIB.

Still, lawmakers are unsure of OPM’s ability to oversee the clearance process as a whole.

The NBIB will charge agencies a fee based on the number of background investigations they need. As the biggest customer for security clearances, DoD would pay more for NBIB services than other agencies.

Rep. Steve Russell (R-Okla.) seemed to be reading the Senate’s mind during a February House Oversight and Government Reform hearing.

“Now we’re turning back to [DoD], but we’re still going to keep it potentially in a convoluted authority structure,” he said. “This is a defense issue. This is a national security issue, and it still begs the question of whether or not DoD should be involved in its own personnel at all under an OPM structure.”

But Terry Halvorsen, DoD chief information officer, responded that the NBIB plan was the best option.

“I don’t think you want DoD, Department of State doing different things with the investigations,” he said. “That … makes it more efficient but also creates seams that could be exploited. I think we eliminate those seams. I understand your issues about ‘are we going to be able to get the right authorities in place?’ I think we are.” 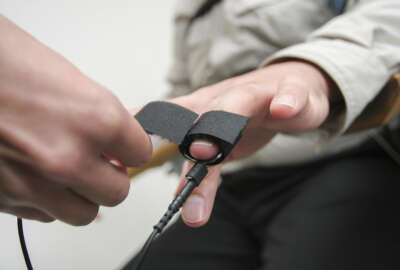