Key lawmakers from both sides of the political aisle are denouncing President Trump’s $603 billion defense budget for 2018.

“We can and should do more,” was House Armed Services Chairman Mac Thornberry’s (R-Texas) response to Trump’s budget. The $603 billion Trump wants allocated for defense is only a 3 percent increase compared to what President Barack Obama’s team suggested the budget should be in 2018.

That 3 percent seems paltry to defense hawks, who applauded...

Key lawmakers from both sides of the political aisle are denouncing President Trump’s $603 billion defense budget for 2018.

“We can and should do more,” was House Armed Services Chairman Mac Thornberry’s (R-Texas) response to Trump’s budget. The $603 billion Trump wants allocated for defense is only a 3 percent increase compared to what President Barack Obama’s team suggested the budget should be in 2018.

That 3 percent seems paltry to defense hawks, who applauded Trump’s campaign rhetoric to increase the defense budget by as much as $100 billion.

“The President intends to submit a defense budget request for $603 billion. Such a budget request would represent an increase of $18.5 billion above the level proposed by President Obama for fiscal year 2018,” Senate Armed Services Committee Chairman John McCain (R-Ariz.) said in a Feb. 27 statement. “With a world on fire, America cannot secure peace through strength with just 3 percent more than President Obama’s budget. We can and must do better.”

The Trump administration billed the $603 billion budget as an increase of 10 percent or $54 billion, but that number is only in comparison to sequestration levels of $549 billion. Sequestration has not been triggered since 2013. President Obama’s 2017 budget request and 2018 plans both went over the sequestration limits and put the onus on Congress to pass a budget deal to avoid the cuts.

“The new administration claiming a 10 percent increase that’s really a 3 percent increase is fake budgeting,” said House Armed Services Tactical Air and Land Forces Subcommittee Chairman Mike Turner (R-Ohio). “Our military’s readiness has suffered immensely over the past 8 years due to stringent budget cuts. It is imperative we can make a real attempt to reverse dangerous trends in defense spending.”

Despite railing against sequestration, Trump’s budget does not go above the total cap. Instead, it takes $54 billion from domestic agencies and gives it to DoD.

“The combination of some of these spending cuts, in addition to the federal hiring freezes are just going to significantly undermine the capacity of the government to respond to our national security needs,” said Mandy Smithberger, director of the CDI Straus Military Reform Project.

Democratic lawmakers are especially concerned that cuts will hurt domestic programs. A handful of former generals recently signed a letter urging the Trump administration to stop cuts to the State Department.

Where Trump plans to prioritize his defense spending is still a mystery. He said in the past he wanted to increase the size of the active duty Army, the size of the Navy fleet and fix readiness problems.

Smithberger said it’s likely some of the money will go toward increased nuclear spending.

The budget still falls short of one supported by McCain and Thornberry that would raise defense spending to $640 billion.

“Informed by the last two years of focused oversight of the Department of Defense and our Armed Forces, House Armed Services Committee Chairman Thornberry and I agree a defense budget of $640 billion is required in fiscal year 2018 as a first step toward restoring military readiness, rebuilding our military, and reshaping our forces for the realities of 21st century warfare,” McCain said.

McCain released a detailed defense budget in January that paid for an increase in Army forces, the Navy fleet and closed readiness gaps.

Trump still has the option to use the overseas contingency operations fund to boost defense spending. The fund was created to pay for emergency war costs, but became somewhat of a slush fund by the end of the Obama administration, according to lawmakers and experts like former DoD Comptroller Bob Hale.

Congress and the Obama administration at times used the fund to pay for base budget items like operations and maintenance. Critics say using OCO for that purpose is irresponsible and doesn’t allow the department to plan ahead.

The Defense Department is currently operating on the 2016 budget of about $578.6 billion due to Congress’ inability to pass a 2017 appropriations bill.

The 2017 defense authorization bill allows Congress to spend almost $619 billion on defense. DoD is expected to send a supplementary budget to Congress to pay for some wartimes spending and other wishlist items on March 1.

Smithberger said that supplemental is rumored to be about $30 billion and may request some money for a wall on the Mexican border. 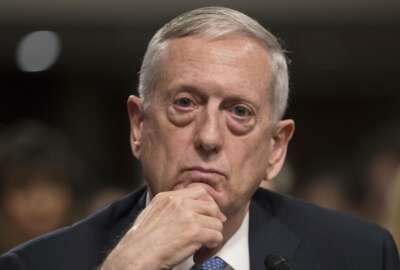