A yearlong continuing resolution will have a huge impact on the Army and Air Force, halting civilian hiring and training for service members.

The Air Force will have a $1.3 billion deficit from what it expected for 2017 if Congress is unable to pass a budget this year. Congress must either pass a budget or another continuing resolution by April 28.

A yearlong continuing resolution “will force us into actions similar to what happened in 2013 with sequestration. The only way I can access that money is to go against three of our important accounts,” Air Force Vice Chief of Staff Gen. Stephen Wilson said during a March 22 McAleese and Associates event in Washington.

Wilson said to prioritize other accounts, the Air Force will have to stop flying hours as soon as this summer under a yearlong continuing resolution.

The service would shut down hiring in its depots and would only be able to do work on installations if there were actual broken facilities.

“If I broke [the $1.3 billion deficit] into chunks … to get after $500 million of flying hours, that’s about two months of flying time. To get after $500 million of weapons support means I have to stop our depot production. To get after the rest of it means anything that breaks across our military, I can only fix it if it breaks. … I’d stop civilian hiring, I’d shut down depots and I’d have to stop flying to fix a $1.3 billion math problem,” Wilson said.

That’s not to mention 60 new programs that would not be able to legally start without appropriations from Congress.

The Army is facing an even bigger deficit from the funds it expected to receive.

The service expected a $4 billion increase in direct readiness for 2017. If a yearlong CR becomes a reality that money will not be delivered.

The Army will be forced to cut other programs like readiness because it is prioritizing modernization in its service.

“It’s like the punch to the belly and the roundhouse to the head,” Allyn said.

Allyn added that the Army planned for the $4 billion increase in 2016.

“You start out the year with an understanding of the dollars you are going to have and if that doesn’t materialize, let’s make a personal example, you’re promised an end of the month paycheck. You’re spending to that end of month paycheck, rent, food, schooling, you name it,” then that paycheck doesn’t show, Allyn said.

The government is currently working on a CR until the end of April, but actually passing a defense appropriations bill by that point is tenuous.

The House already passed the 2017 defense appropriations bill earlier this month, but the Senate still has no plans to bring its version of the bill to the floor for a vote.

Those bills fit into the 2015 budget deal caps, but what further conflates the 2017 appropriations is the budget supplemental sent to Congress by the Trump administration.

The supplemental budget puts an extra $25 billion into the 2017 Defense Department base budget and $5 billion into an emergency wartime spending fund.

In order to add $25 billion to the base budget Congress needs to lift the budget caps of about $551 billion for 2017, otherwise it will trigger sequestration and cause across the board cuts to the government.

The supplemental would bring the proposed 2017 base budget up to $576 billion.

That’s a hard sell between Republican fiscal hawks and Democrats who want any extra funding over the budget caps for defense to be reciprocated on the domestic funding side.

“Democrats still do not believe that we should zero out the non-defense discretionary budget in favor of defense and are still clinging to the agreements that were made over the course of the last five or six years that if we go above the caps it’s dollar for dollar, whatever you increase in defense you increase in a similar amount in non-defense,” said House Armed Services Ranking Member Adam Smith (D-Wash.). “[Office of Management and Budget Director] Mick Mulvaney is not going to go for that; Republicans are not going to go for that.” 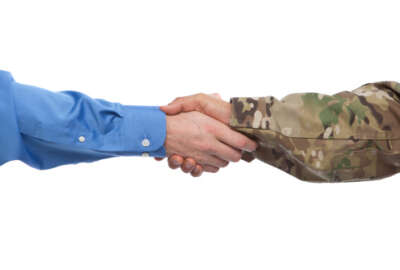