Transgender troops currently serving in the military must wait longer to find out if they will keep their jobs after President Donald Trump unexpectedly announced a transgender ban in July.

An interim policy released Sept. 14 by the Defense Department keeps fully transitioned transgender troops in the military until the Pentagon releases its final policy on the matter.

That policy is expected after Defense Secretary Jim Mattis completes a review of the effects of banning...

Transgender troops currently serving in the military must wait longer to find out if they will keep their jobs after President Donald Trump unexpectedly announced a transgender ban in July.

An interim policy released Sept. 14 by the Defense Department keeps fully transitioned transgender troops in the military until the Pentagon releases its final policy on the matter.

That policy is expected after Defense Secretary Jim Mattis completes a review of the effects of banning transgender service members from the military. That review is due Feb. 21, 2018.

In addition, as of March 22, 2018 the military will no longer provide surgical procedures for personnel who have been diagnosed with gender dysphoria.

The debate over transgender troops in the military renewed on July 26 when Trump issued a series of tweets stating that transgender service members will no longer be allowed to serve.

Since then the estimated 4,000 to 15,000 in the military have faced uncertainty about their future job security.

Trump’s tweets cited “tremendous medical costs and disruption that transgender [people] in the military would entail” as reasons for the ban.

Those claims are largely debunked by studies from the New England Journal of Medicine and the RAND Corporation.

The cost of keeping transgender individuals and new recruits in the military is estimated to cost between $2.4 million and $8.4 million annually, according to a 2016 RAND Corporation study.

The cost equals 0.00038-to-0.0013 percent of the approximately $640 billion base budget authorized by the House and Senate Armed Services Committees for 2018.

The RAND study stated between 29 and 129 service members on active duty would undergo transition-related care per year.

Despite the previous studies, DoD is continuing with a new review on the subject as directed by Trump. The new study will “develop a study and implementation plan, which will contain the steps that will promote military readiness, lethality and unit cohesion, with due regard for budgetary constraints and consistent with applicable law,” the Aug. 25 guidance stated.

Since Trump’s announcement, his decision has been met with backlash from both sides of the aisle and praise from conservative groups.

Senate Armed Services Committee Chairman John McCain (R-Ariz.) signed on with Sen. Kirstin Gillibrand (D-N.Y.) to introduce a bill that prohibits separating transgender troops from the military based on their sexual identity. It also requires DoD study the effects of recruiting transgender troops.

“When less than one percent of Americans are volunteering to join the military, we should welcome all those who are willing and able to serve our country,” McCain said in a Sept. 15 statement. “Any member of the military who meets the medical and readiness standards should be allowed to serve — including those who are transgender.”

In 2016, the Obama administration announced it would allow transgender troops to serve openly. On July 1, 2017, DoD was supposed to lift its ban on transgender recruitment and would begin paying for medically necessary treatment for transgender troops.

Mattis postponed that start date to conduct a review. Less than a month later, Trump’s tweets announced the full ban.

The medically necessary treatment has been a sticking point for conservatives.

Many transitions are accomplished with injections that cost about $30 a month.

Some transitions do require surgery and can leave a service member nondeployable. For instance, the RAND study stated the recovery time after a hysterectomy is 111 days.

That paper factors in hypothetical situations, like a year of leave for experience in the new gender, but there is no evidence DoD planned to offer that benefit.

Still, the worries over nondeployment are concerning for those supporting the ban.

“We must have soldiers who can deploy if called upon,” Rep. Vicki Hartzler (R-Mo.) said last month during a debate over an amendment she offered to the 2018 Defense authorization bill that would have reversed the Obama-era policy of paying for service members’ medical transition costs. The amendment failed by a close margin.

“Military members undergoing transition surgery are nondeployable for up to 267 days,” she said. “Similarly, regular hormone treatments render individuals nondeployable into the future. It makes no sense to create soldiers who are unable to fight and win our nation’s wars and unfair to nontransitioning individuals who must leave their families and deploy in their place.” 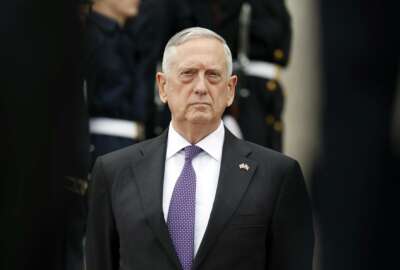 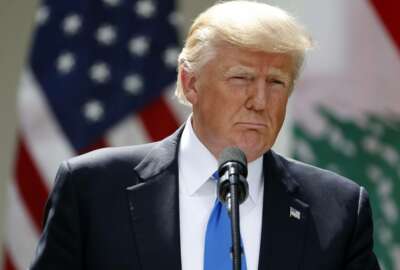